Eilat at the southern tip of Israel sits on the northern shore of the Gulf of Aqaba, sandwiched by Egypt and Jordan, seen here top right of map.

Eilat is also known as a birding location as the migratory birds use it as a stopover point on their migratory route although this is usually in the autumn and spring seasons.  This being winter, I had been told that the birding would be thin…

The birding is centered on the International Birdwatching and Research Centre Eilat IBRCE which is run by Noam Weiss and his team.  They were most helpful prior to my visit giving me relevant information on where and what to see and helping with bird IDs.  Other birding sanctuaries would do well to follow the example set here.

I arrived at the IBCRE at 730am on a Thursday, it’s but a 15min cab ride away from my hotel on the North Beach.  Thursday was a good day to be there as there were few people there as against the Friday visit when lots of noisy people were around.

On arriving there, you see this large canal outside the premises where the birding starts….

Stepping inside, there is a welcome sign next to the visitor centre which was not quite open yet…

At the first hide, this was the scene before me; in the background you can see the North Beach hotels 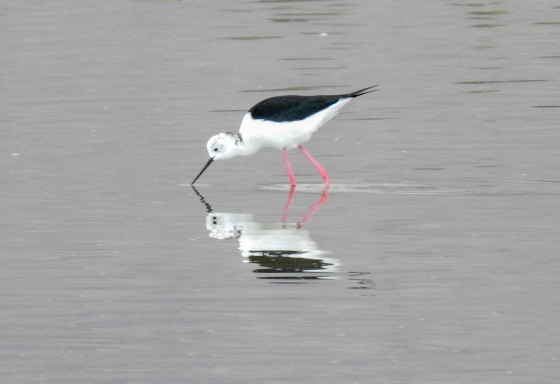 Black winged stilts were probably the most common species there 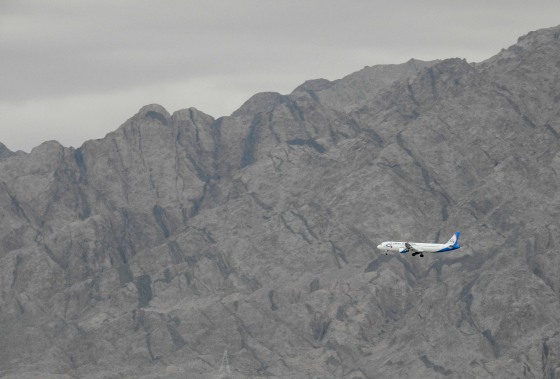 And much as I had shot pictures of planes landing in Taipei City a couple of weeks ago, the mountain backdrop made the landing shots interesting 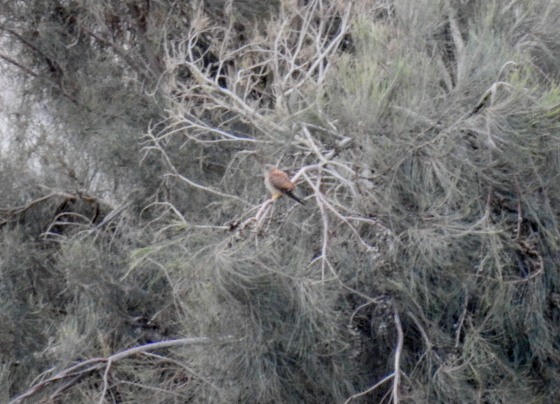 and from way across the valley, I spotted this Eurasian Kestrel..apologies for poor picture 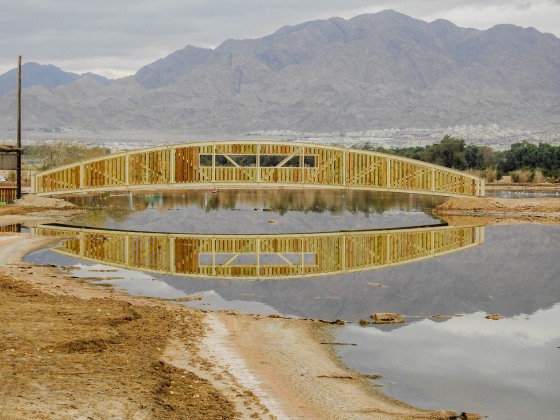 The IBRCE is very much a work in development..here is a brand new foot bridge leading to a small island where you can get close to the waterbirds

Walking around the reserve, I was fortunate enough to run into a few people looking for birds and one of them was the director of the IBRCE Noam Weiss himself. Noam was kind enough to let me follow him and his colleague around the reserve on their regular round

This is one of the large ‘walk in’ bird traps….birds and trapped and counted and ringed for research

Noam immediately pointed out a Marsh Harrier flying right in front of us..and another sparrowhawk

Wood martins were everywhere in ceaseless flight…only roosting at night

some chiff chaffs also zipped around 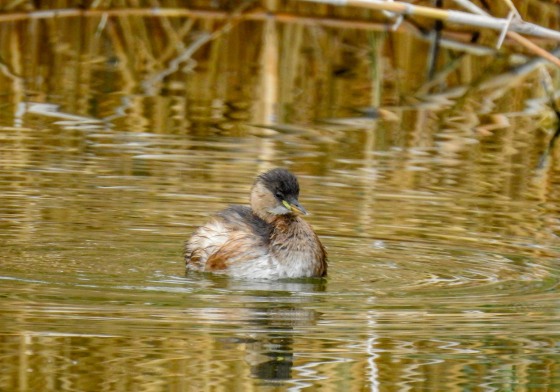 These little desert seedlings were planted with local irrigation piping 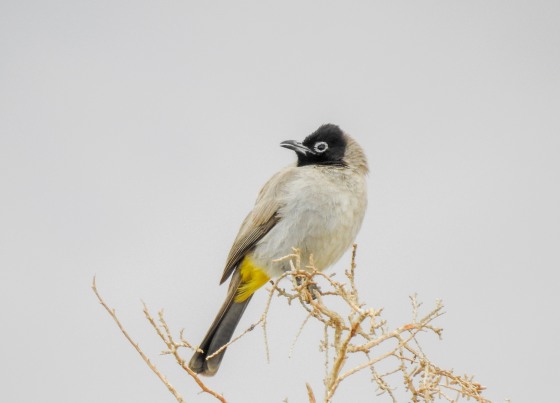 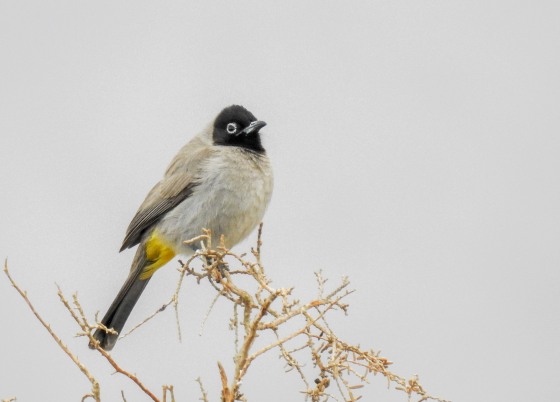 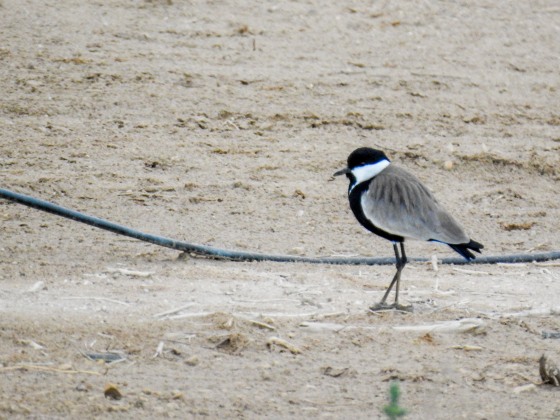 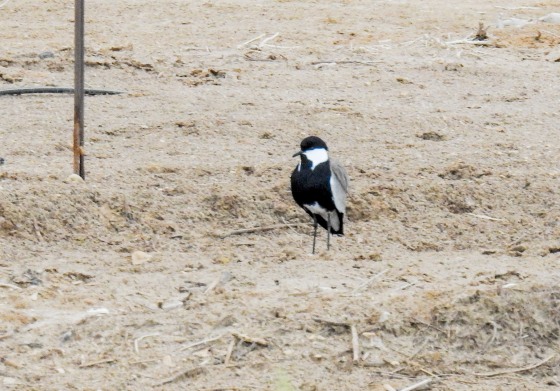 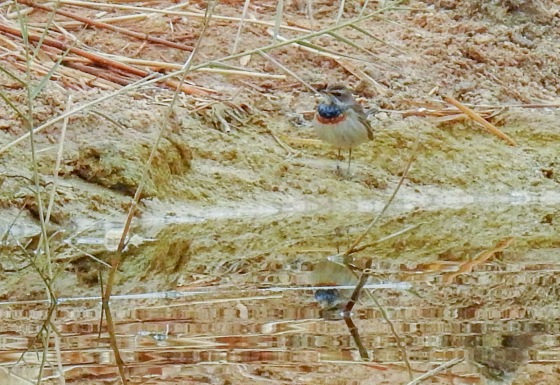 and one of the birds I had been hoping to get better pictures of, the blue throat finally made an appearance from across a pond. Noam said they were common but this was the only one I got a shot of….still need a better one

Final bird of the morning..a flash of colour…

A Palestine sunbird with its blue green hues 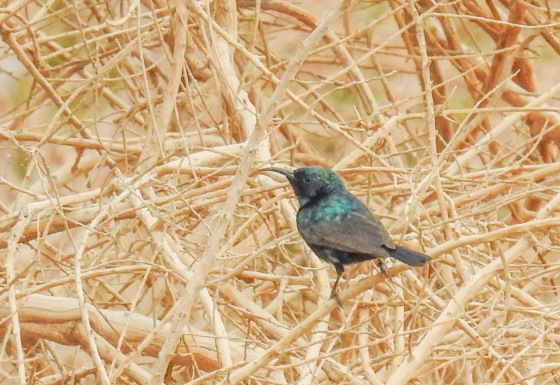 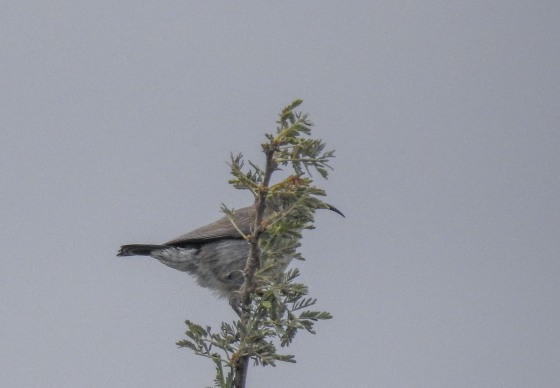 the female Palestine sunbird was much drabber

The car dropped me off at the Dunlop tyre place next to a gas station and I crossed the road in this vague direction….

at the back, there was a gravel track that went along the forest edge..

A graceful prinia flitted around 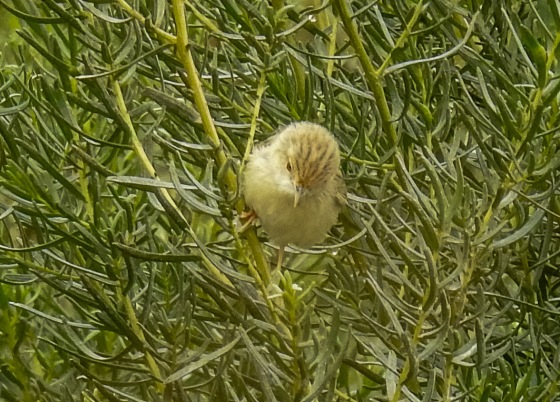 and from a long way away hidden behind a leaf appeared another new bird..

An Arabian warbler; thanks to Naom for ID 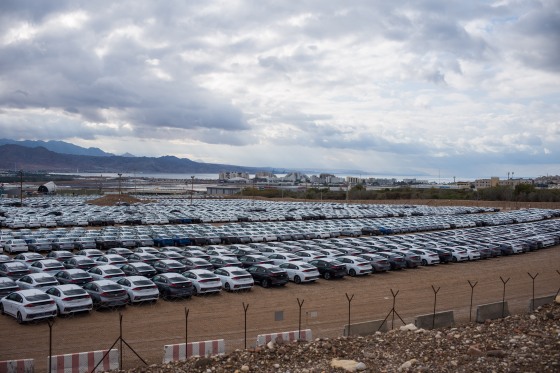 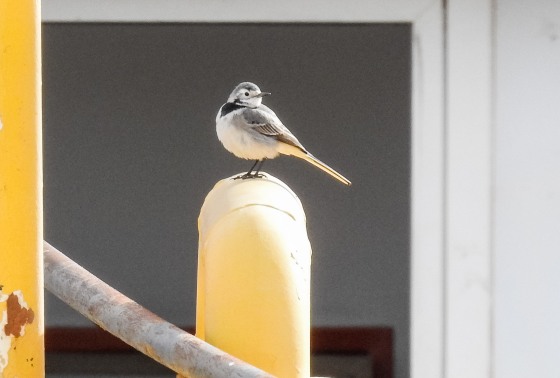 A Pied wagtail appeared in the car park

then this handsome fellow perched nearby

Blackstart fanning his tail..I shot many plumbeous and white capped redstarts in Taiwan a few weeks ago but these were my first blackstarts… 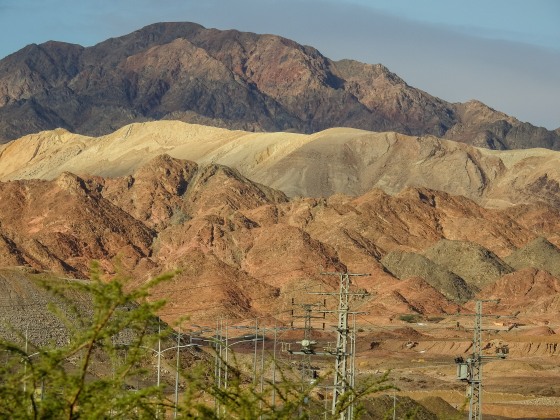 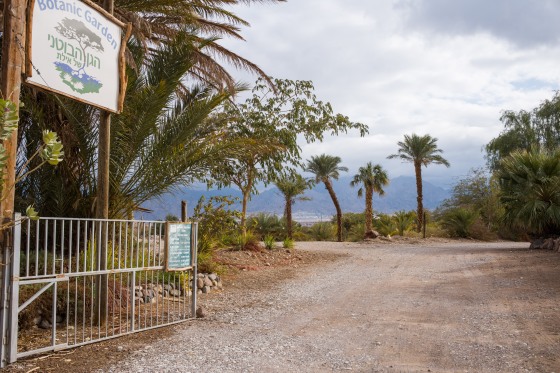 On google maps, there was a place labelled botanic gardens very near Holland Park so I wandered over there to have a look….there were few birds and not very many plants in this quaint garden and definitely not worth the 28shekels admission. I guess they get credit for trying to green the area up a bit but the best thing about it was the view of the underlying bird sanctuary across the road… 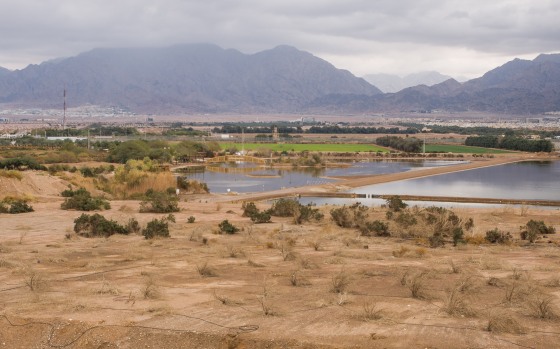 I then walked down to the main road and found a route that allowed me to walk to the visitor centre of IRBCE….

and a grey heron 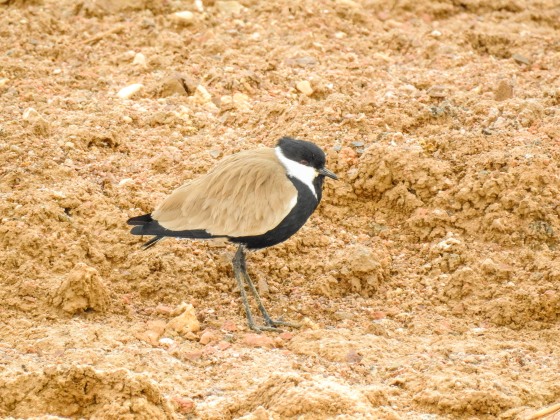 So although the bird count was not high being winter, I nevertheless did manage to see a few lifers in the interesting terrain of Eilat.