After enjoying the sun set over the mountains of Paro, I planned a morning’s birding with a local guide to the Chelela Pass a 45km 1.5 hour drive to the peak between the Paro and Haa valleys…he had suggested a 330am start which I managed to push off to 4am…actually we could have started off at 5am as it was only getting light at 630am.   I had wanted to try and view three birds on this trip….the Himalayan Monal, Blood Pheasant or the elusive Ibisbill which I had hunted for three days on a previous visit to Hetauda in Nepal where the Ibisbill also winters…..the guide had recommended the early start so that we would be the first persons on the road with the best chance of seeing the monal and the pheasant….

Arriving at a point in the mountain road about 530am, it was still pretty gloomy…a spotted nutcracker soon appeared and then a rufous faced warbler..both not capturable due to the poor light

as we birded along the last ten km before the summit, things did not look good….nothing much of note….until I saw this beauty perched on a distant tree.. a Kestrel! 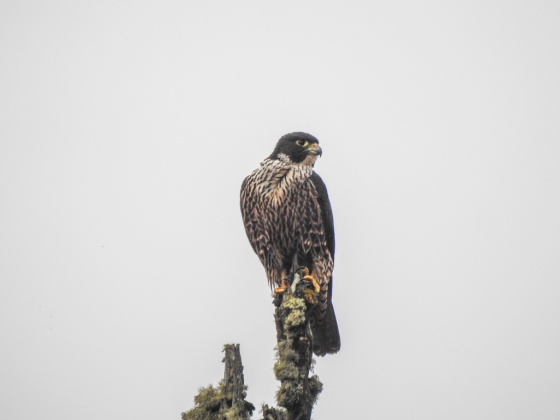 and a little further along, a peregrine falcon 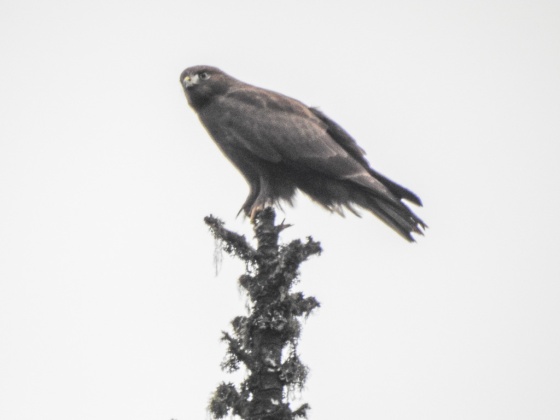 and a third raptor in quick succession…? Booted eagle? 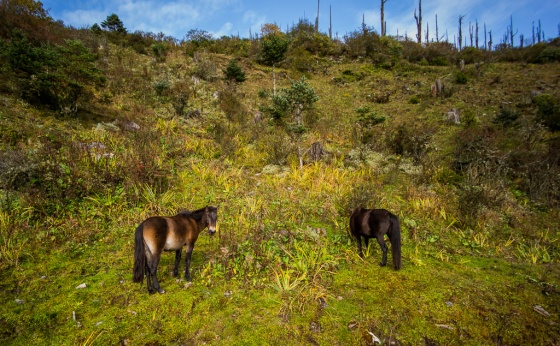 horses roamed the hills as well 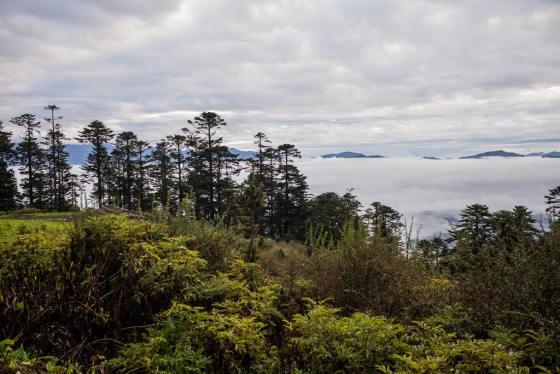 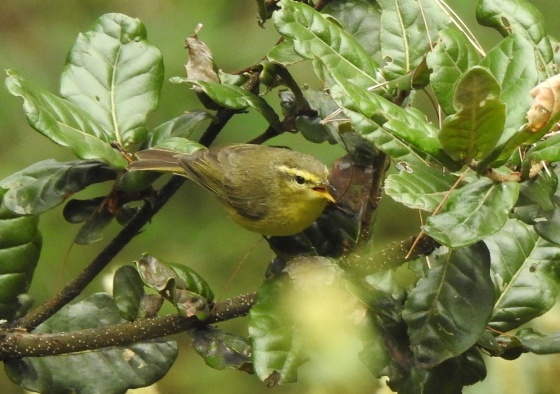 the spotted nutcrackers were again present 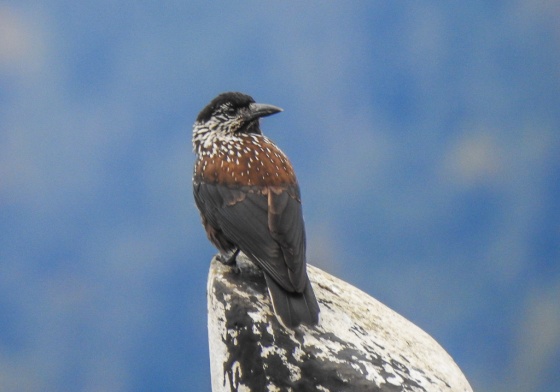 and in the morning light looked very smart

and coming down the mountain, we still saw no signof the monal nor blood pheasant…but at least a family of Kalij pheasants showed 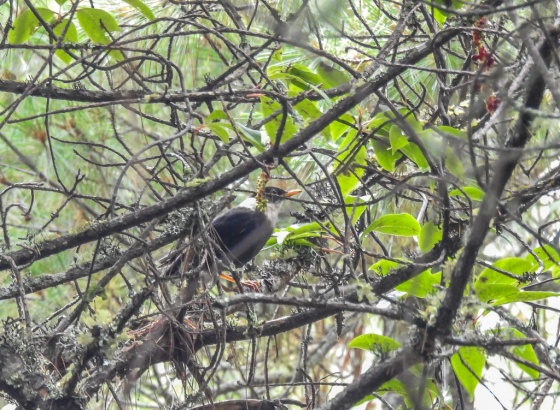 And so my grand expedition up the Paro-Haa mountain pass sadly did not yield the HImalayan Monal nor Blood Pheasant but it still was a very pleasant morning all told.  Our last birding effort would be to try hunt down the elusive Ibisbill.  (See my previous post :https://thenaturaltraveller.net/2015/01/06/10-days-in-nepal-4-the-rapti-river-my-hunt-for-the-ibisbill/     )

the Ibisbill frequents shingle and rocky banked streams like the Pachu or Paro River we see here…. 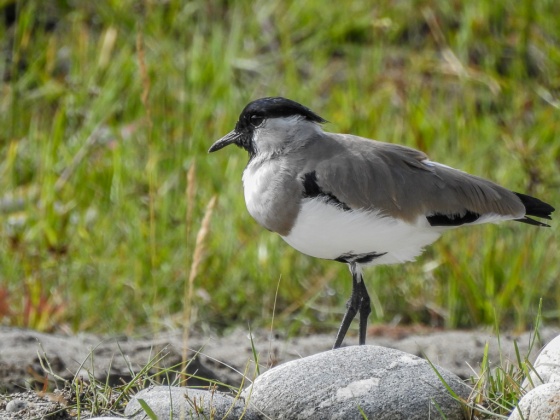 A plumbeous water redstart peeked out from his home

and his mate was rather attractive too..a female plumbeous water redstart 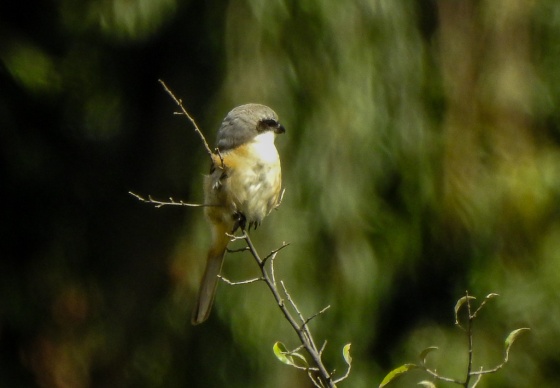 another view of grey backed shrike

and then one of my favourite birds, the comical looking common hoopoe showed up… 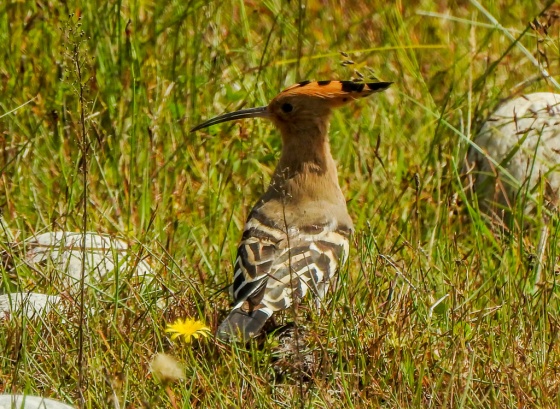 His crest brilliantly lit by the morning sun 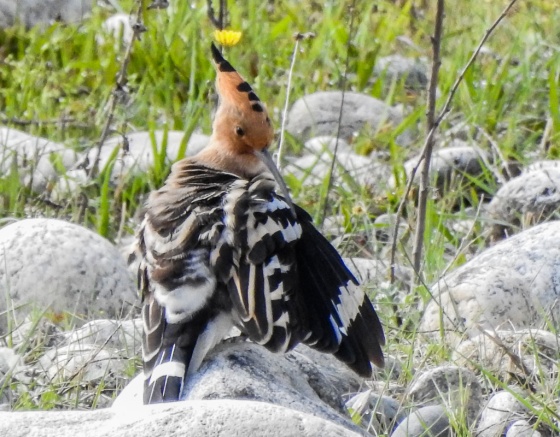 and showing off his lovely plumage

We’d searched up and down the river bank near the Kyichu temple to no avail and I thought I was going to miss out again when we stopped at one last location….we saw two birds spooked by our presence which flew off hurriedly into the bushes…a glimpse suggestive of the Ibisbill!  And then another one flew right by us and landed about  50-70m away… 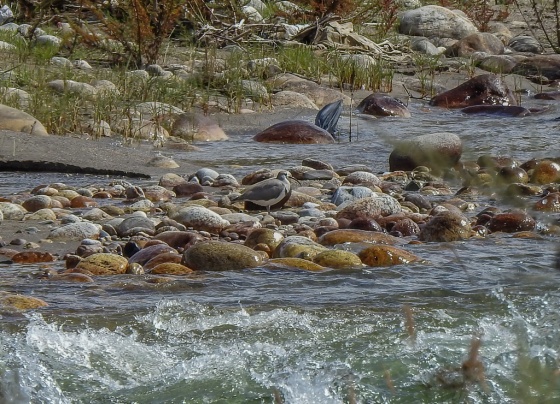 Could it be???? Could it be my long sought for Ibisbill? You can see the bird is pretty well camouflaged amongst the stones of the river…. 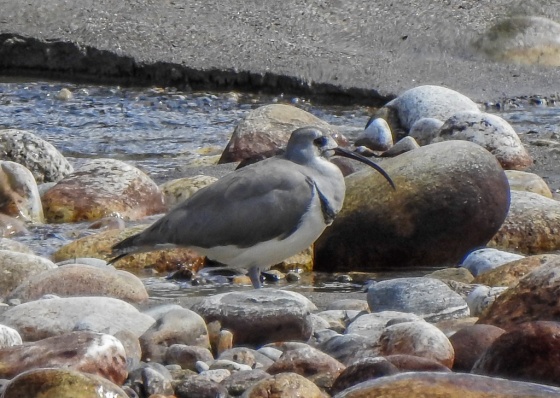 It was indeed the Ibisbill! The only member of the family Ibidorhynchidae, it is related to water birds and not to the Ibis at all. This one is a juvenile as the face is not black and the bill is not red. Considered one of the most wanted birds for any birder because it is only seen at high altitude between 1500 and 4400m at shinglebed rivers with slow moving water, it is the grail bird for many a birder.

As I moved closer to try and get a better shot, unfortunately a pack of feral dogs decided to hunt down my Ibisbill! Fortunately it flew off and escaped but I missed getting better shots.. 😦 Still, I was delighted that my guide had found me this, one of my three target birds. Without a guide, I’d have walked up and down this river with no guarantee of finding anything! 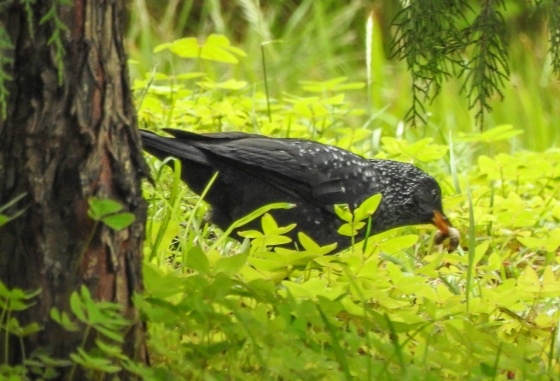 Returning to my hotel, a short walk in the rainy afternoon showed a blue whistling thrush with his teatime snack…

Perching triumphantly for me after.. 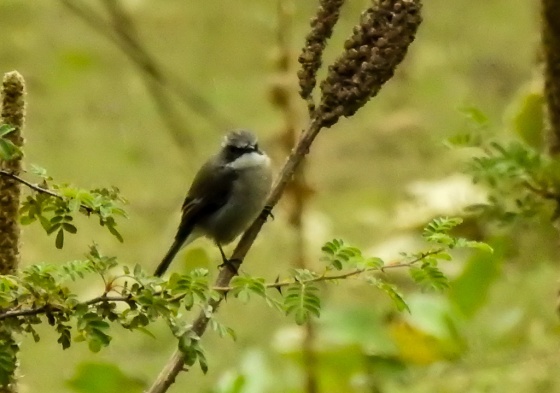 So my final day’s birding closed the loop on my hunt for the Ibisbill  🙂  Bhutan is a fabulous place, its people, its valleys and its birds!