In Moscow for a few days at the end of October 2014, I arrived at Domodedovo airport in the south and it took 1.5 hours to get to the Renaissance Monarch Hotel in the north part of the city. Traffic jams abound getting around Moscow so be smart and take the subway if you can.  It’s quick, beautiful and efficient and is 40 roubles or pyr for any journey.  It’s useful learning some of the Cyrillic alphabet as it will help you recognise station names and direction of travel. It’s quite fun decoding the Cyrillic text once you get the hang of it….eg you see the word ‘pectopah’ everywhere and once you know that it means restaurant, you can figure out that p=r and c=s and h=n etc…..

The city skyline of high rise buildings could be in any international city and is a huge contrast from the beautiful older buildings in an around the Red Square.

We started as all good tourists do by visiting the Red Square in the afternoon and waiting till sunset so we could photograph by day and by night. Although photographed to death, St Basil’s Cathedral or the Intercessional Church is still a sight to behold and shoot.  It is on the south side of the Red Square, the other sides being formed by the Kremlin wall with Lenin’s tomb, GUM or (RYM in cyrillic) department store and the History museum. 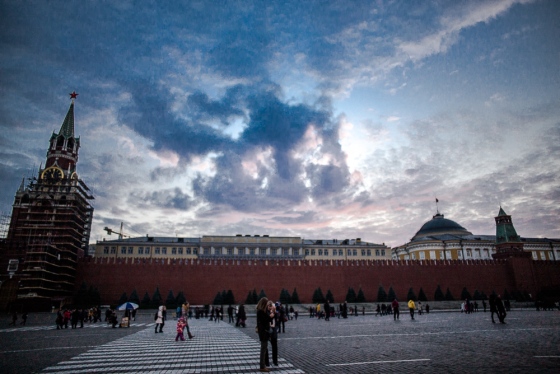 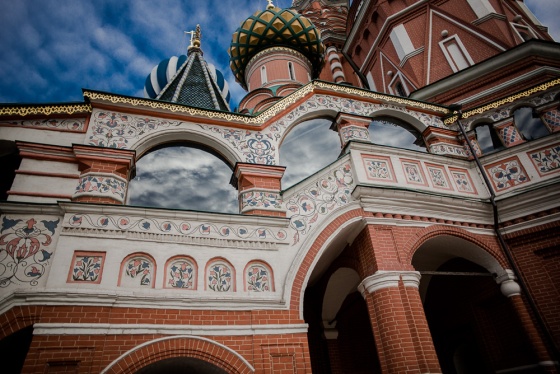 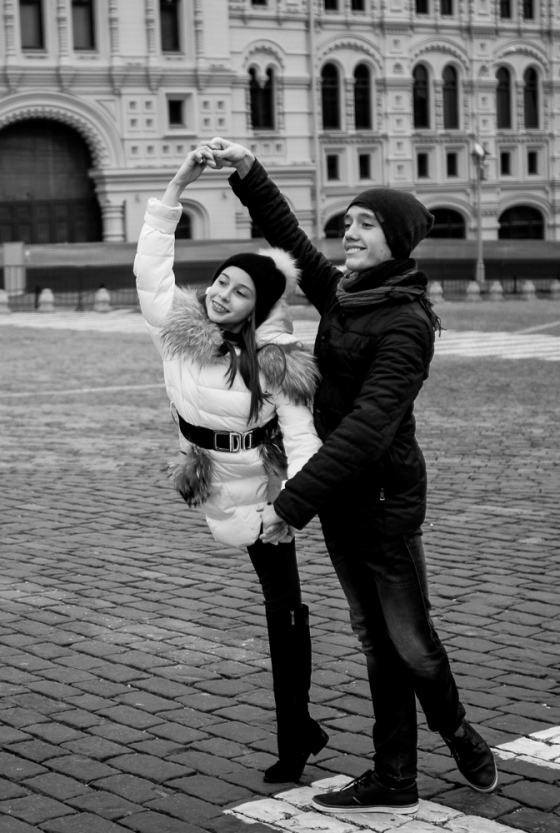 As night fell, the lights picked out the colourful domes 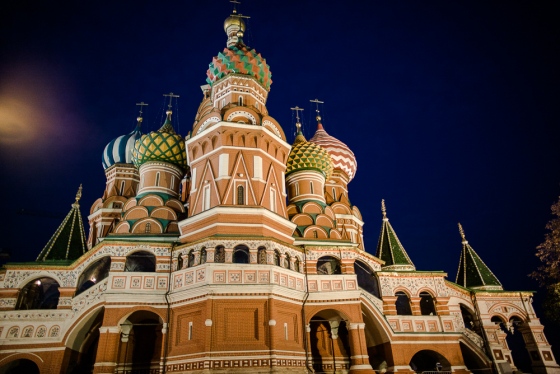 view of GUM across the square

The next day, wanting to do something else, we hired a car to bring us up to Lenin’s Hill or Sparrow Hill, an elevated point overlooking the city of Moscow with the Olympic Stadium and Ski jump nearby.   Unfortunately, there were extensive pavement works going on when we arrived which meant we couldn’t get to the vantage point to take our city pix; I guess it will take a few more months before it’s done.  We were however able to see one of SAtalin 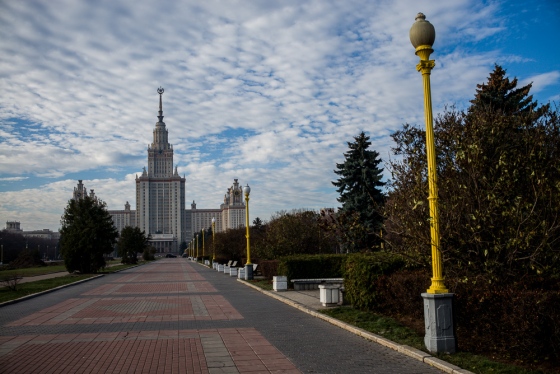 The Moscow State University; one of Stalin’s seven sisters (buildings)

Next stop was the Museum of Fallen Monuments or Muzeon attached to the Tretyakov gallery….don’t confuse this one with main National Tretyakov Gallery which is 1-2km away.  This is a museum of unusual sculptures and metalworks set in a garden….one of the bonuses of visiitng this museum is that from the river bank you get unparalleled views of the massive sculpture of Peter the Great which is sited at the split in the river

the entrance to Muzeon…the writing is in cyrillic but looks a bit like my surname YEOH!

one of the interesting statues

Lunch was taken at the old, old Cafe Pushkin; the staff are a bit snooty and the doorman is a huge, dour and intimidating gangster looking like fellow! The tasting menu of russian food was good and plenty enough for 2 to share. 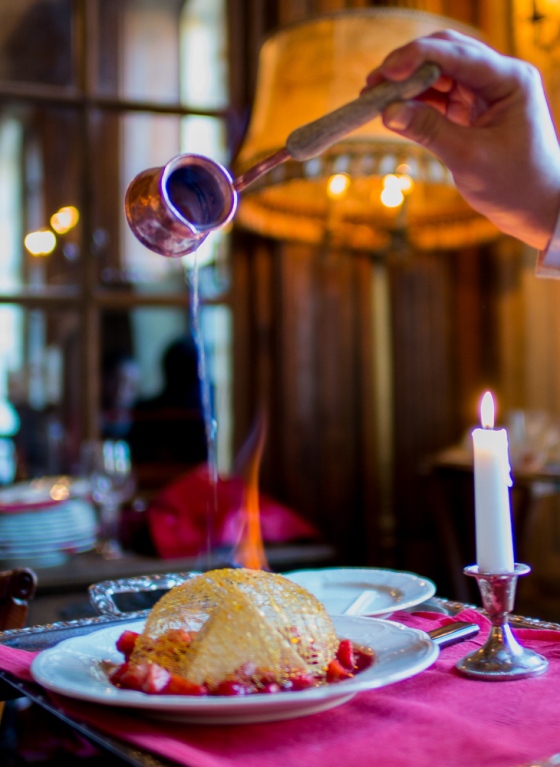 We then returned for a whistle stop tour of the Kremlin itself and there was much to see ; you really need half a day there at least. 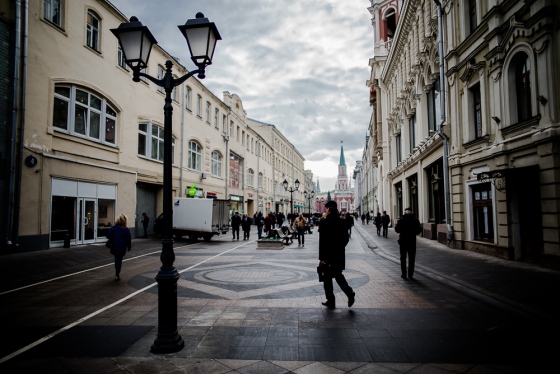 one of the streets leading to the Red Square 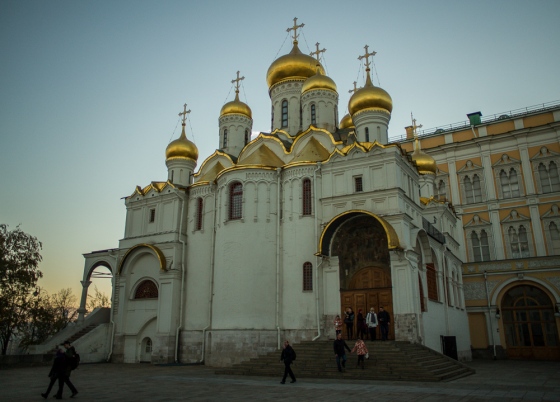 the sun sets early on the Kremlin in October 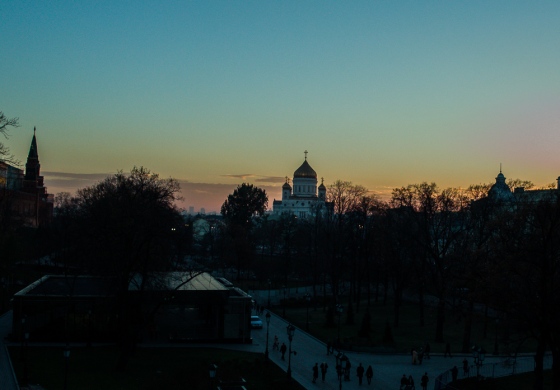 church of christ the saviour in the distance

changing of the guard at the eternal flame 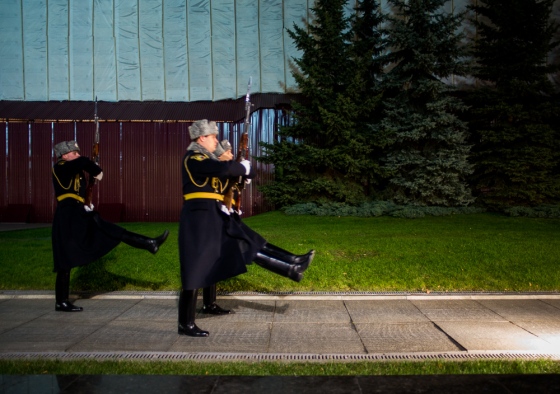 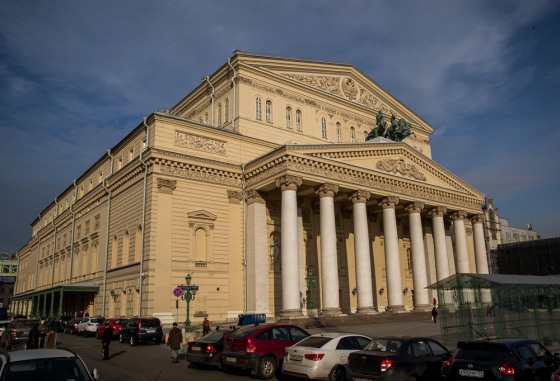 No visit to Moscow is complete without a visit to the Bolshoi Theatre..just refurbished

the entrance to the Bolshoi Theatre 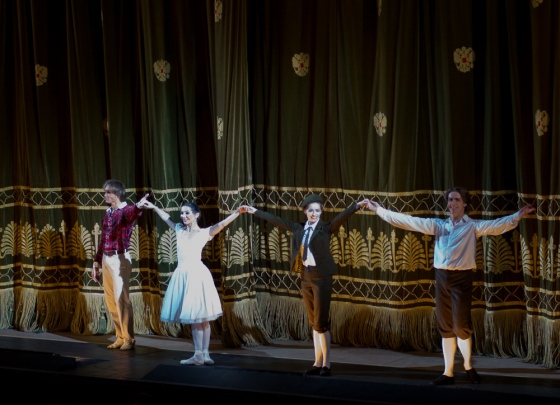 dinner was at the nearby Bolshoi restaurant…wonderful ambience and reasonable food..

place settings at the Bolshoi restaurant

One thought on “Moscow Moments”