Was in Kota Kinabalu(KK) for a meeting and took an extra day off to visit Kinabalu National Park(KNP) at the foot of Mount Kinabalu, the tallest mountain in Asia at 13,455ft. Not being much of a mountaineer, I decided that I’d much rather go and see some birds endemic to KNP and Borneo, this  ‘land below the wind’ as it is also known.

Researching the area and bird watching sites, I decided to hire a local birder and driver to bring me there and help me find the more difficult to find endemics. Having seen his pictures and blogs on birding in borneo, I decided that Jason at https://www.facebook.com/pages/Brunei-Nature-Wildlife-Photography/443562085742345?hc_location=timeline was the right guy.  You can email him at horukuru@gmail.com. (I’ve got no link to him except for being a satisfied customer)

It’s quite a drive, about 2 hours to get to KNP from KK with Jason and his colleague. 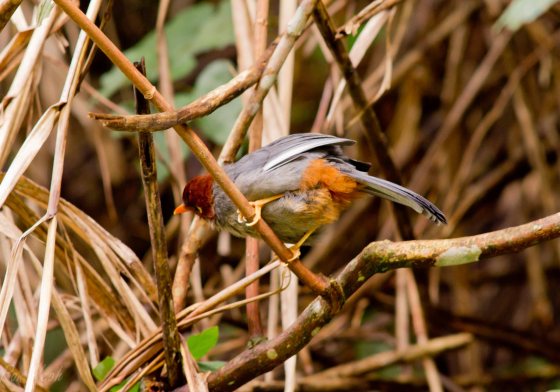 the first bird we saw was the chestnut capped laughing thrush..not an endemic..

Our first stop was at the entrance to the climb up to Mount Kinabalu, where we saw the thrush pictured above.  There were lots of things flying around but hard to spot. Then we went to the balcony platform above the entrance and this was a great place for spotting; the view was wonderful and we saw the yellow breasted warbler up close…

the view from the platform

And the last bird we saw at this location was spectacular: the golden naped barbet, endemic to Borneo and just so beautiful. This sighting alone would have made my trip. 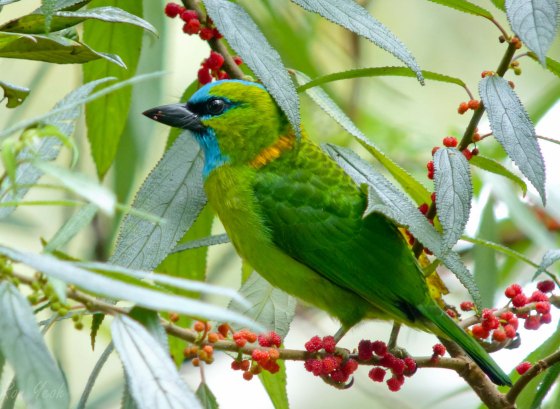 It’s quite important to have a car to move around in if you are visiting so you can visit other areas and importantly drive back to the entrance to the Park for lunch! The noodles and rice are good.

After lunch we started walking the trails to try and find the one bird I really wanted to see, the Whitehead’sTrogon. Easier said than done…we walked and walked and saw lots of other interesting birds 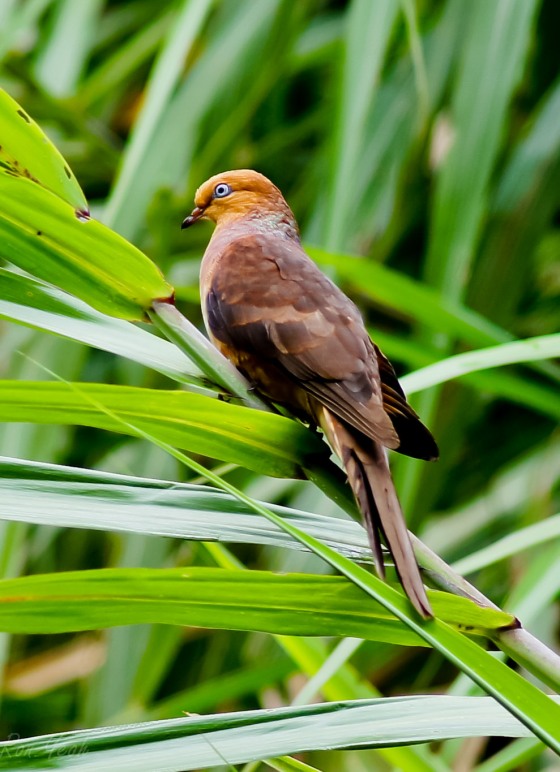 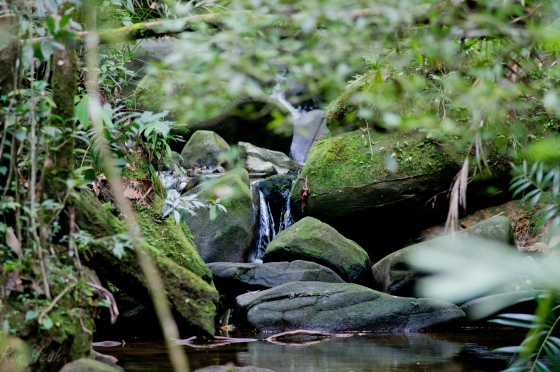 Birdwatching in the tropics yields fantastic sightings but I must say that the tropical heat and humidity is something that makes it uncomfortable at the best of times…think steamed up glasses and sweat pouring off your brow…so birdwatching in KNP was a total revelation…it was like birdwatching in air conditioned comfort!  Only when it got to noon was the temperature getting hot…

By 4pm,  I was feeling knackered and the storm clouds were gathering…still no sign of the Trogon and we started keeping our cameras and binos to prepare to depart….and then Jason heard it..the two toned sound of the Trogon…so gathering up our stuff again we tried to home in on the sound….30 minutes later….”There it is!”  Jason yelled…and indeed there it was…perched on a branch some 50m away was the brilliantly coloured Whitehead’s Trogon

side view of trogon

back view of trogon

and another frontal view

It flew around from tree to tree and gave us ample opportunity to take these pictures and admire it..what a beauty!

Obviously nothing else could top the Whitehead’s Trogon so we headed off as the rain started to fall….contented that our quest had been successful.  Without my guide, I would never have found it so a big thank you to Jason.