Birding on the Wangchu or Thimphu Chu, Bhutan

The last time I was here in Bhutan, we stayed at the Druk Hotel in town.  This time we were booked into the Terma Linca resort about 15min south of Thimphu on the way to Paro airport.  Looking at the resort on Google maps, it looked promising as the property sits right on the bank of the Wangchu/Thimphu Chu (river) and is fringed by greenery….just my type of place for a short early morning or evening ramble to bird…

Arriving after dark at the Terma Linca resort just outside Thimphu, it wasn’t immediately obvious how close we were to the river..

As the sun rose in the morning, the serene surroundings emerged 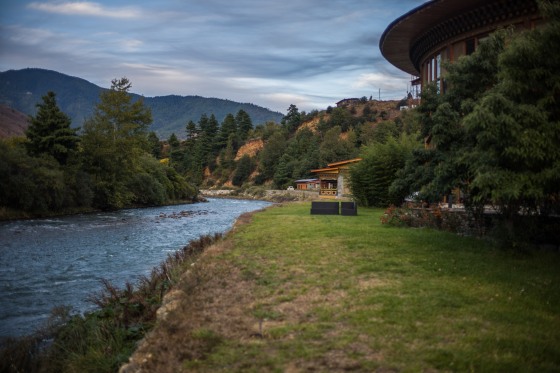 I travel frequently and often stay in city hotels near convention centres or city centres and usually look for the nearest patch of green on google maps to go birding…in the Terma Linca Resort’s case, I didn’t have to look far…the green patches and river were right on the resort’s property! Totally delighted, I was able to bird here one morning and one evening…. 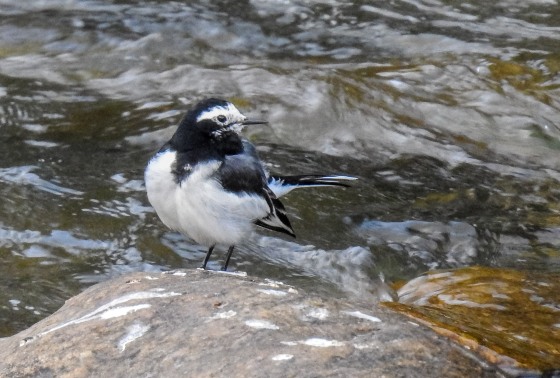 Another view of male Hodgson’s redstart 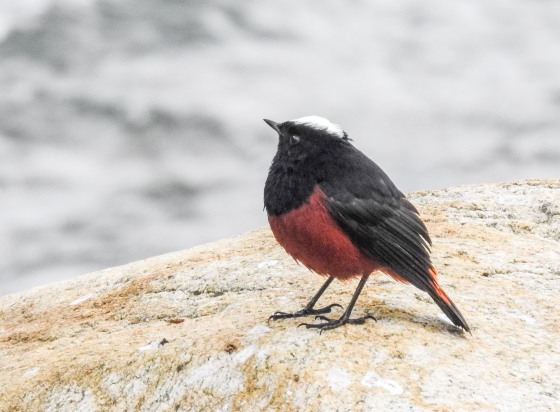 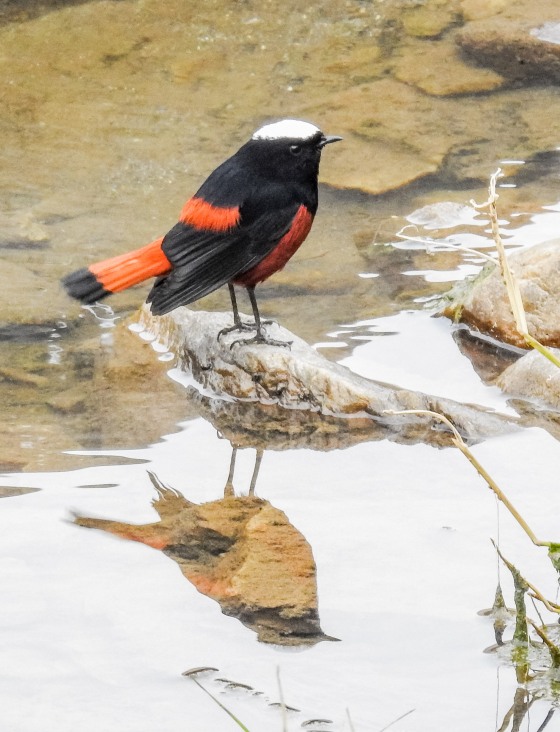 another Hodgson’s redstart on the wire 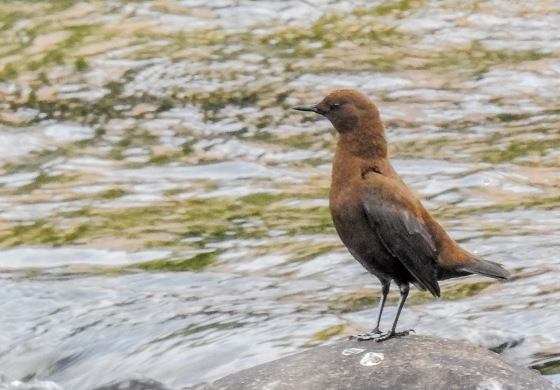 A pair of Brown Dippers also appeared on the water 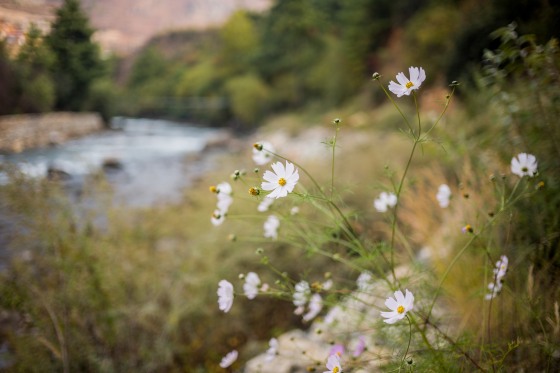 The Wangchu river is fringed by flowers

By 9 am we had to go to the hospital to attend the inauguration ceremony of the new eye hospital after which we elected to go and see the Takin, a mammal only seen in Bhutan.

The new eye hospital in Thimphu at the National referral Hospital

The Royal Takin reserve is about 15min out of town …. 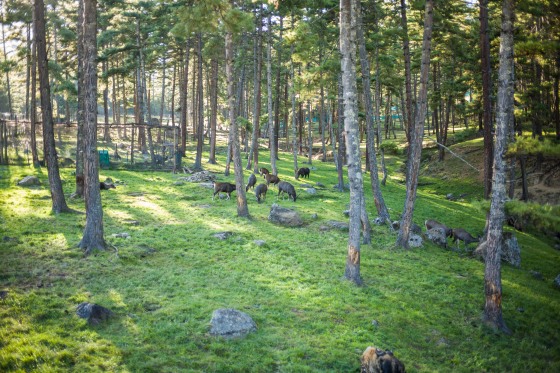 The Takin or Cattle Chamois or Gnu Goat is an unusual animal found only in the eastern Himalaya..here is the Takin enclosure which also houses some sambar deer

The Takin in dark coat 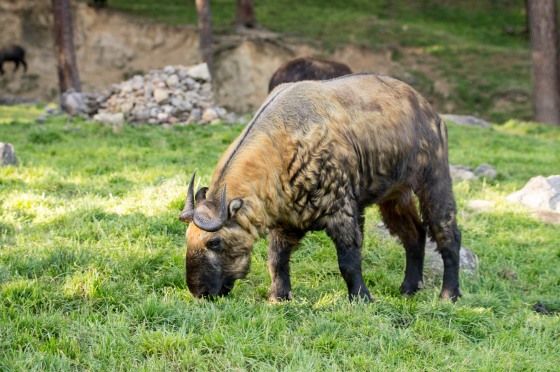 There is a large signboard showing the bird species of the Takin Reserve but all we saw was a spotted nuthatch as it was the mid afternoon.  We got back to the Terma Linca Resort around 4 pm and I had another hour or so of daylight to seek the kingfisher my guides had told me about the day before…

Almost immediately I heard the screech of a kingfisher, and scanning around I saw this on the wire over the river next to the security post! 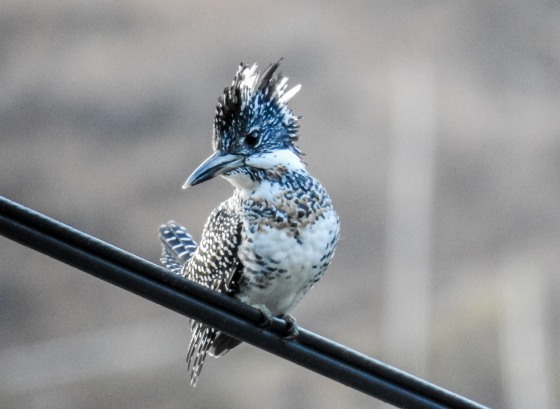 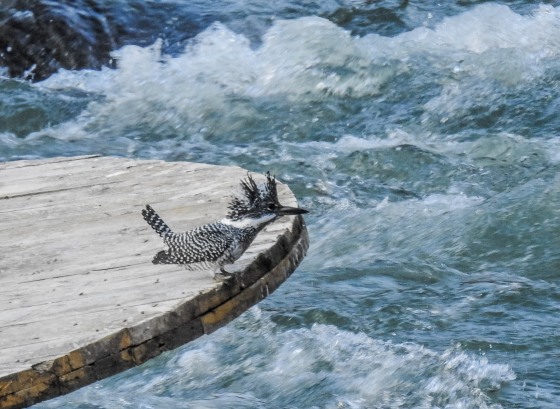 He flew up and down the river and then settled down on a wooden structure amidst the turbulent waters of the WangChu, occasionally diving in to fish

A Rufous SIbia demanded some attention in the nearby tree 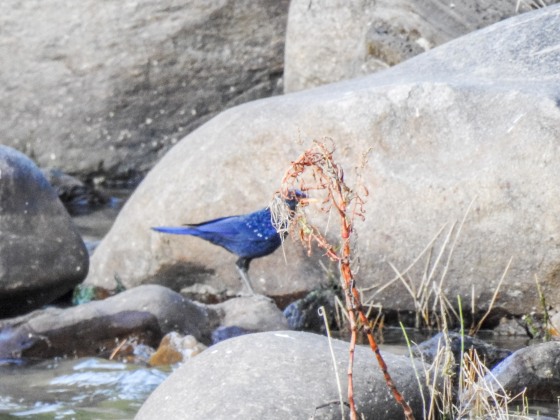 I didn’t really have enough time to bird this wonderful stretch of water at the Terma Linca, but the little time I had was enough to see a variety of water birds with lots of redstarts and of course the crested kingfisher.

One thought on “Birding on the Wangchu orThimphu Chu, Bhutan”