Bidadari cemetery has always been one of the most popular birding locations in singapore with regular appearances  by migrants. A few years ago however, to the consternation of nature lovers here, the Singapore government decided to build condominiums, apartments and a new flyover on this forested area.  It was promised that a small pocket of green would remain and so I headed there to see what little there was left behind and if there were indeed any birds left… the approach was not encouraging..the old roads were different, new roads were present, new vulgar apartment blocks, cranes etc…..took me a while to find the way through to the Mount Vernon Crematorium which is the best access route to the forest. 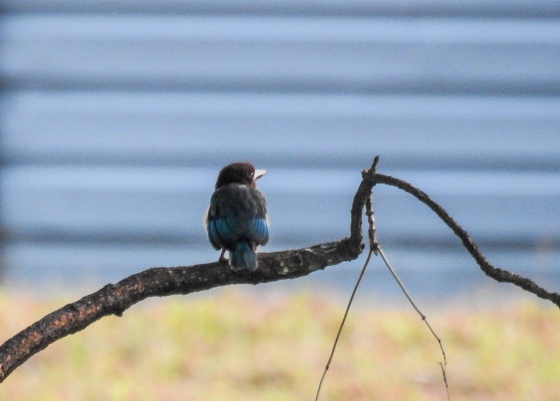 The first bird we saw from the crematorium carpark was the back of the white throated kingfisher. The zinc hoardings in the background are from the adjacent construction site…

There was a bare tree that entertained us for a while….this lovely little coppersmith barbet posed

a rather handsome fellow, the coppersmith barbet

of course the common javan mynah was everywehre

this interesting bird then appeared

A lineated barbet in resplendent green

the dollar bird is ever present in Bidadari 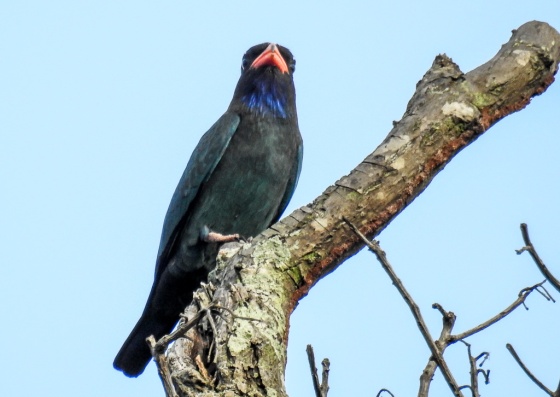 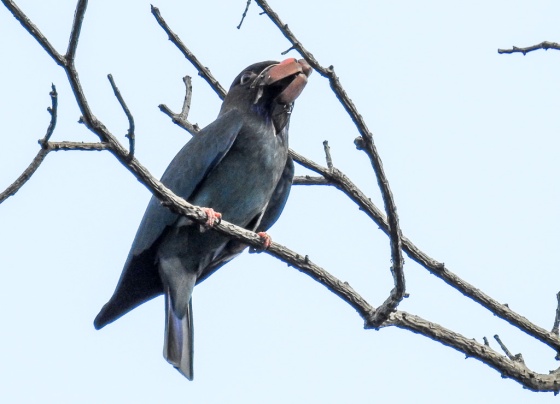 Here having his breakfast of a very big beetle 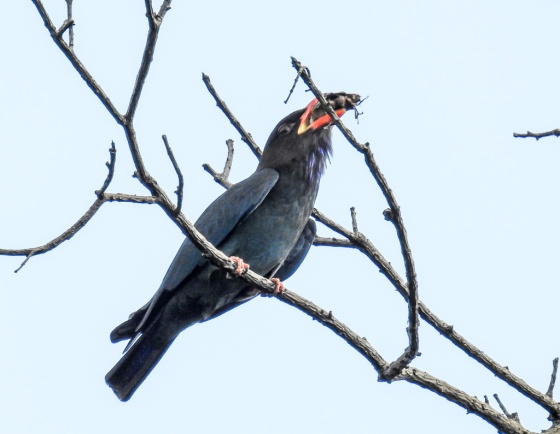 and down the hatch

the lovely Daurian starlings then appeared

as did the blue throated bee eaters 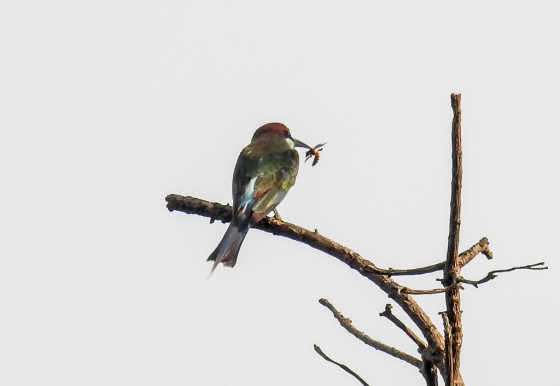 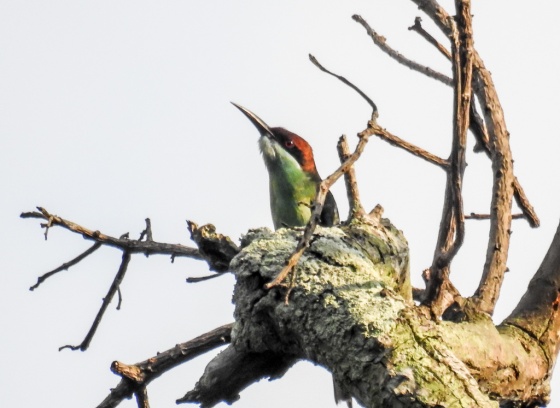 thankfully there is still some green left in Bidadari 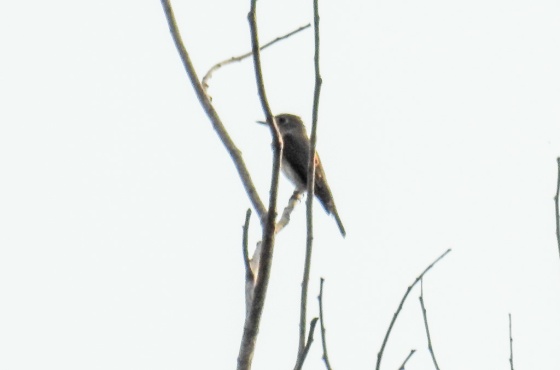 anothe r view of the flycatcher….if anyone knows what that golden orangy wing patch is, please enlighten me! 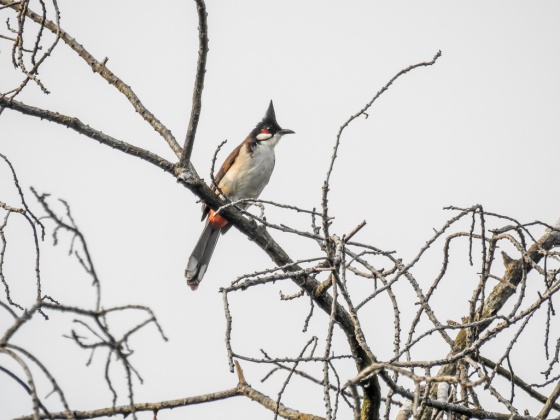 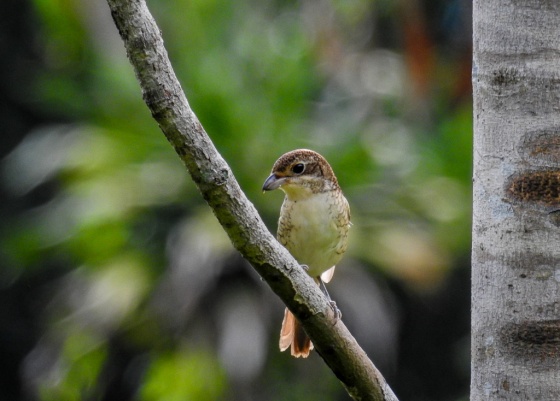 and a lovely juvenile tiger shrike showed up 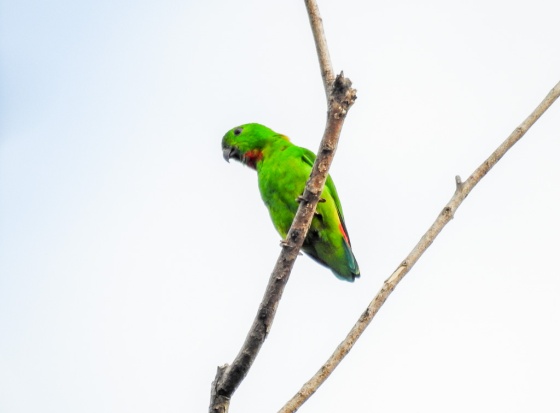 the lovely blue rumped parrot; here the bluish vent feathers can be easily seen in the rump area

and then walking along the path to the left led is to an elevated part of Bidadari overlooking huge construction building, fences and cranes…such an eye sore that even this spotted dove failed to lighten up. 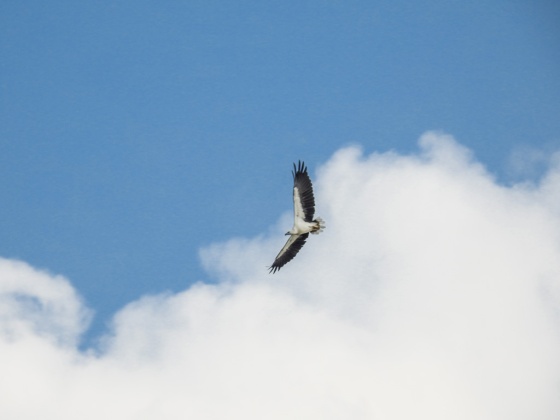 but in the distance, something soared overhead

and then he made a pass at us… 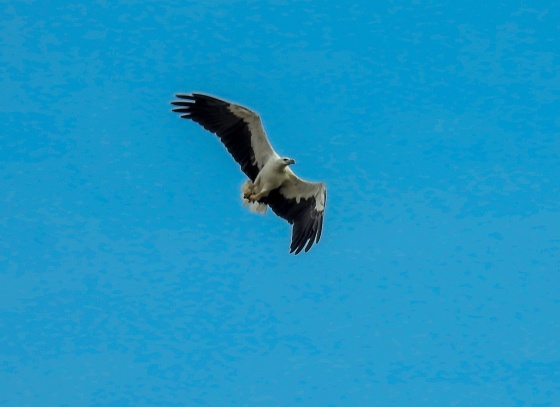 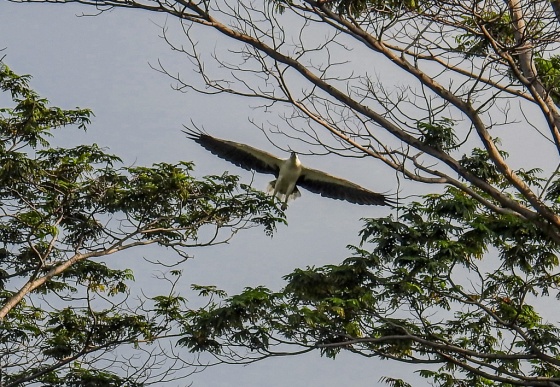 and glided in between the trees to perch 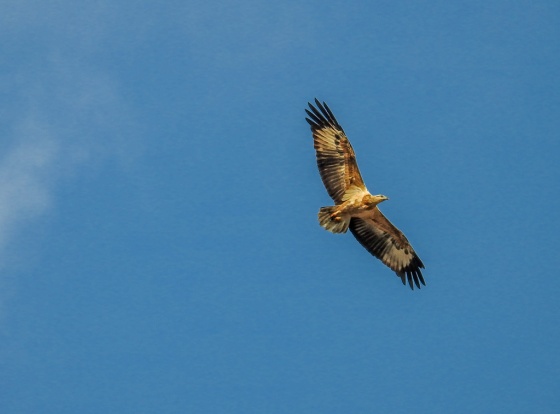 And then presumably his mate with much more coloration appeared

and as if to show off, Mrs white bellied sea eagle flashed us with her brilliant wings

a pair of scaly breasted munias

the tiger shrike made another appearance 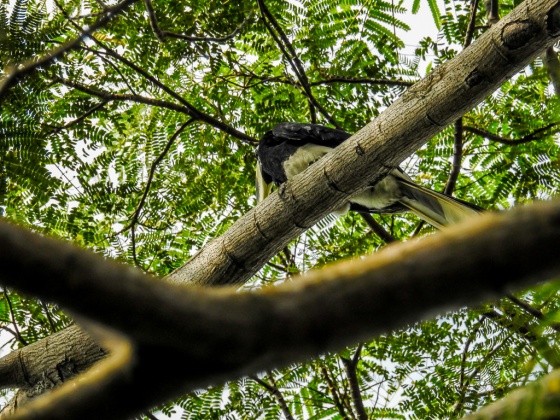 Some really loud squawking attracted us to this large rain tree where several oriental pied hornbills were agitating….

I saw this little fellow from afar… 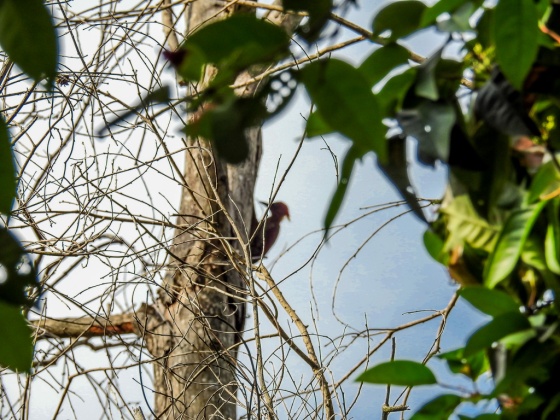 a glimpse of the beautiful scarlet wings and yellow nape… 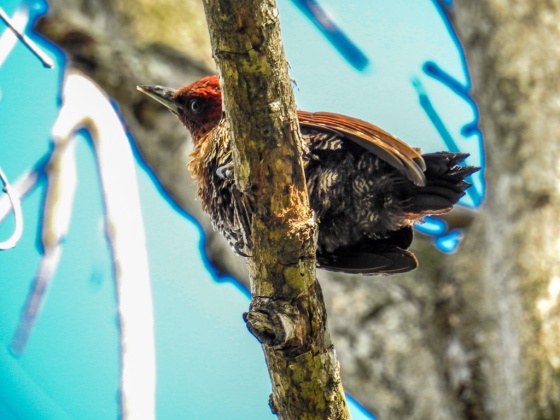 a beautiful Banded Woodpecker! What a lovely way to end the morning

Two hours in Bidadari yielded so many sightings it was a little unreal….I hastened to tell my new birding pal whom I was with that birding isn’t always as productive as this….he must be a lucky charm!   Bidadari cemetery has shrunk significantly, but it seems that the birds are now concentrated in a smaller area and easier to spot! Highly recommended!!