Most meetings in Korea are held in downtown Seoul, which is a pain to get to if you land at Incheon at the wrong time so I was quite happy that my meeting was held at the Kintex conference centre in Goyang, about 45min away from Incheon, well away from the traffic jams of Seoul.  A bonus was the fact that my hotel, the MVL Hotel was just a ten minute walk away from Ilsan Lake Park, the largest man made lake in Korea and which previous birders had mentioned before….it only gets light at 7am at this time of year so that’s quite civilised.

I birded for a couple of hours on two mornings and whilst there weren’t exactly a lot of birds, there were nevertheless a few interesting sightings…. 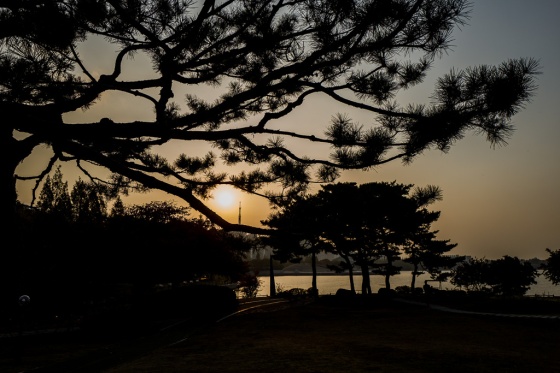 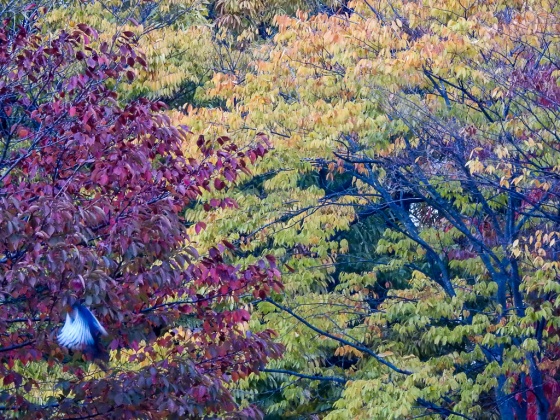 and with the leaves turning from green to yellow, brown, orange and red….it made for quite scenic birding…

the first morning on the lake yielded quite a lot of spot-billed ducks..

and this pair of yellow headed ducks or geese flew overhead…

the fall foliage colours were arresting

and the black billed magpies were everywhere…

somehow, even a common magpie seems pretty when surrounded by the hues of fall… 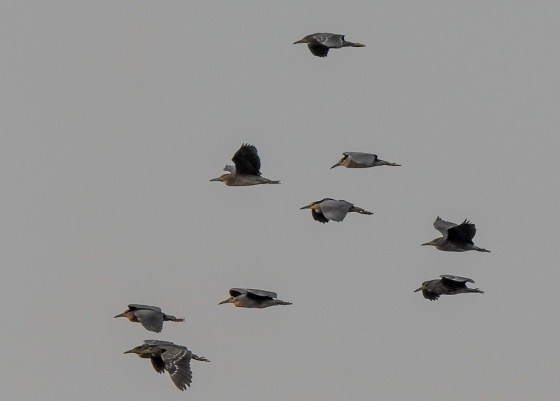 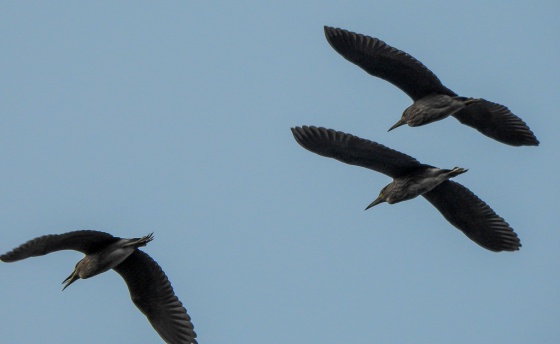 and here we can just get a hint of the greenish back that gives rise to its name, the green back tit 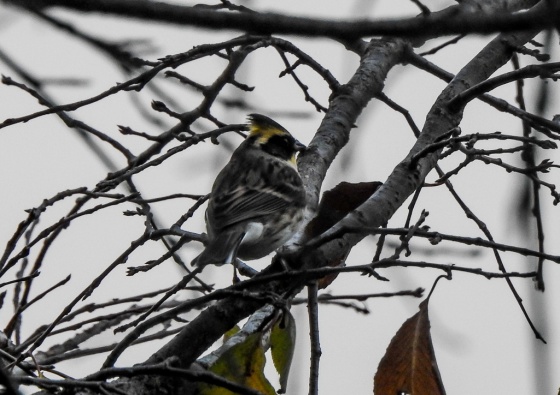 this is a yellow browed bunting….a lifer!

and then this rather noisy bulbul appeared 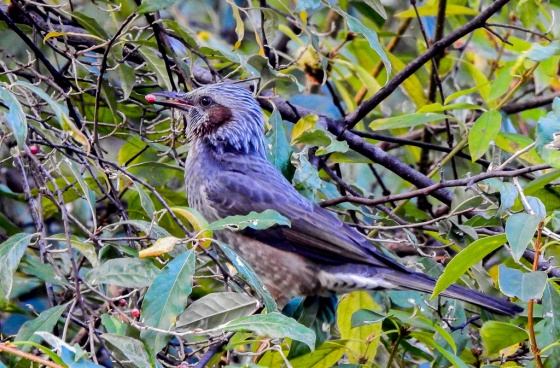 the second morning started off slowly… I was reduced to shooting the Eurasian Tree Sparrow! 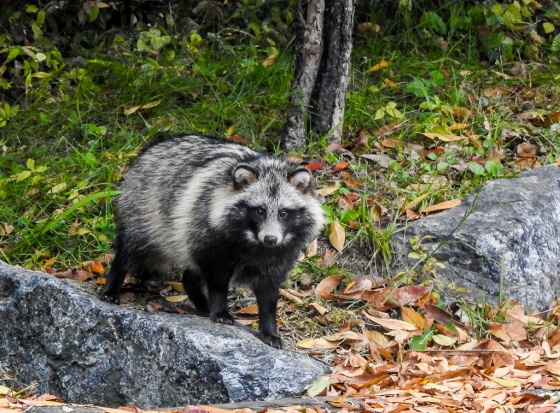 and just as I was preparing to leave and give it up as a quite morning, I heard this rustle near the drain… 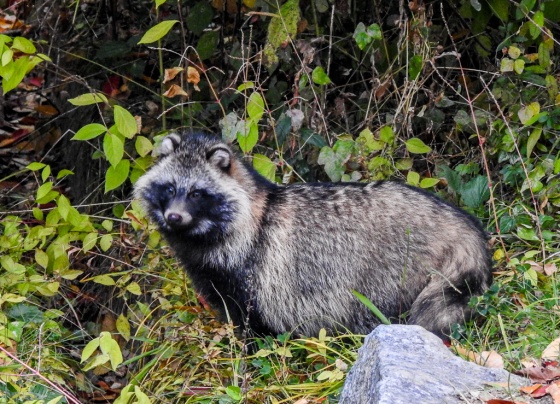 and this beautiful animal appeared..

then a second one appeared

they looked to have raccoon like faces but were dog sized…. 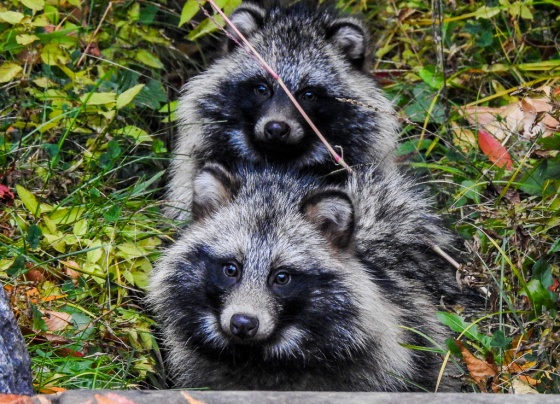 Asking around it turns out that they are called Noguri in Korean or Raccoon Dogs….although they are neither raccoons nor dogs! Even if I’d seen nothing else this morning, the sighting of these amazing creatures would have been enough… 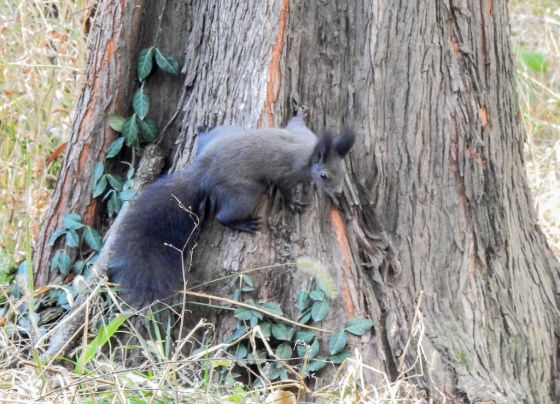 this rather endearing big eared squirrel then decided to show me that there were other mammals around..

and just as I was about to leave, this fellow appeared in the most unlikely of locations….right next to the busy road! Birding sure is strange….

Whilst I didn’t see very many birds, Ilsan Lake Park was still a most enjoyable ramble and its proximity to the Kintex Conference Centre means you can access it easily.  Recommended!