Having had a rather thin period recently as far as birding is concerned and being in Singapore for a few weeks this time, I decided to explore a patch of forest near my home which I’d never visited before….and I’m rather glad I did! 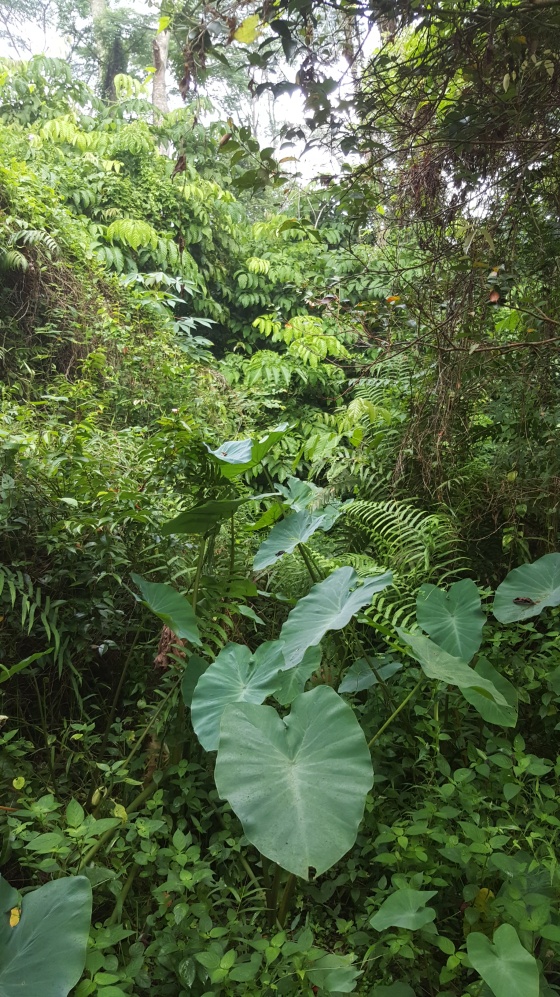 the undergrowth was lush and bird song was everywhere at 730am

Things started off quietly enough with this rather pretty zebra dove 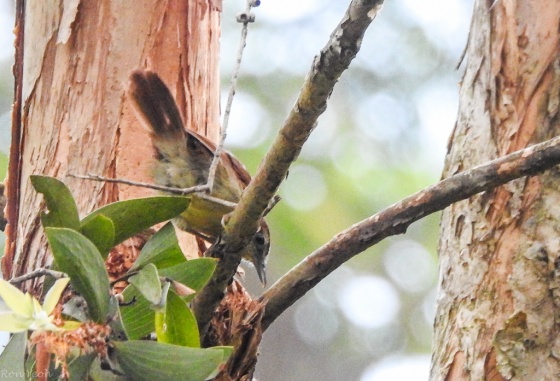 this pretty little bird then appeared 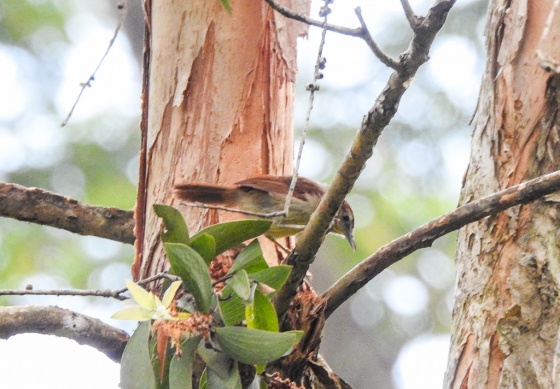 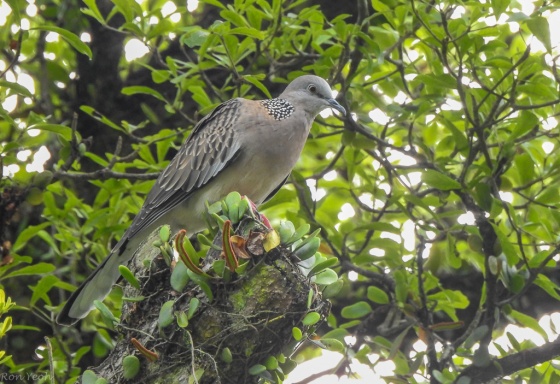 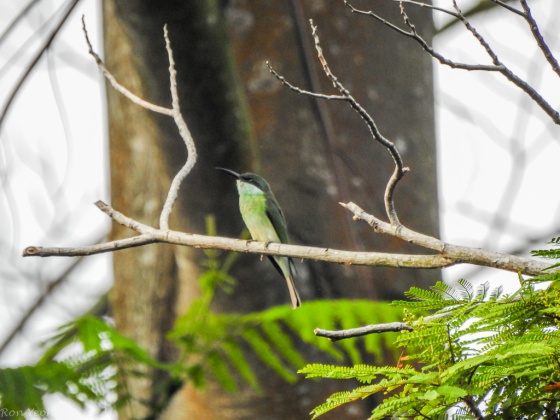 and then this bee eater swooped onto this branch, sallying forth every so often to catch a bug in the air

here with a little bee for breakfast 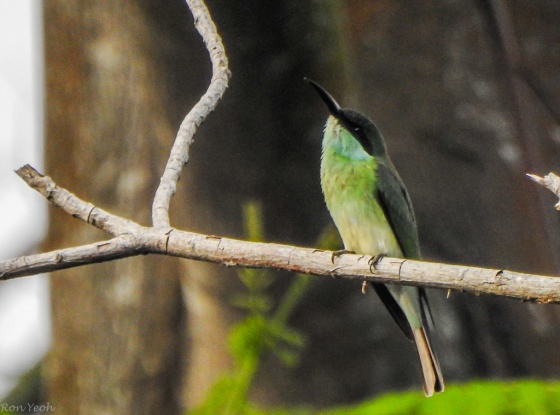 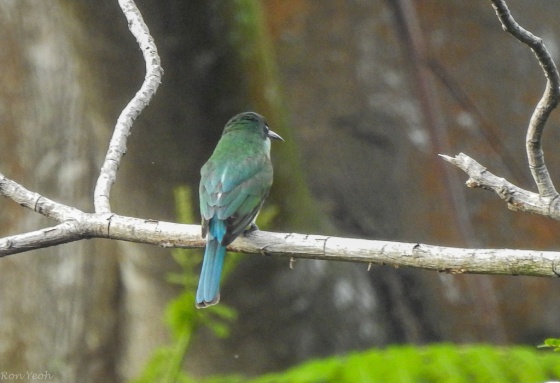 back view of bee eater

a flash of blue yielded a white throated kingfisher

back view of striated barbet 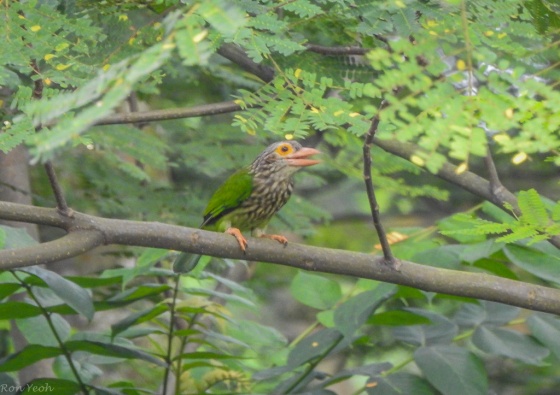 and just before I left the area, this black and white beauty appeared 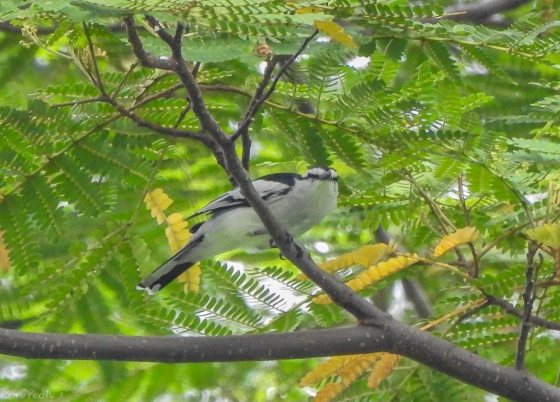 There were a number of other birds I saw but was unable to photograph…a white crested laughing thrush, coucal, flower peckers, parakeets, dollar birds…..

All in, it was a most fruitful 1.5 hours which just confirmed that ” there’s really no place like home….for birding!” So don’t neglect your home turf!

Having had a good morning, I went again this morning and had good sightings of a pair of pied trillers. striated barbet and stork billed kingfisher… 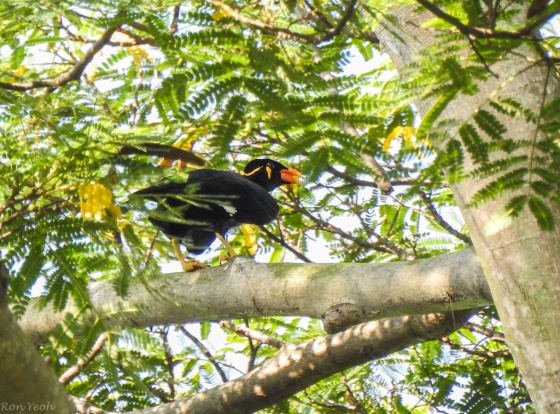 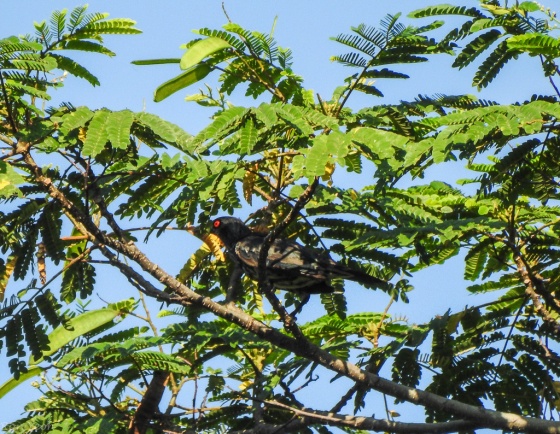 A glossy starling with brownish streaks on the wing 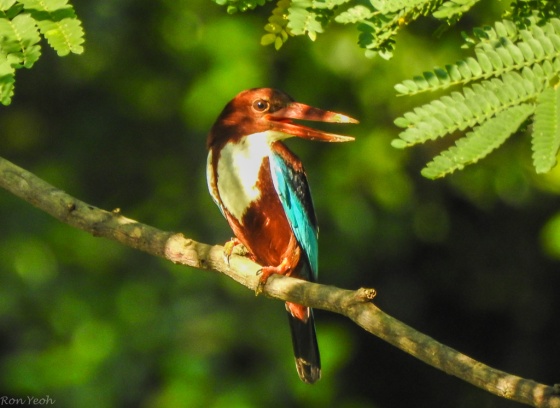 another sighting of the white throated KF