The people and guides at the Sam Veasna Centre were quite helpful in identifying local birding locations in and around Siem Reap and one of the possibilities suggested was in a large water body to the west of Angkor Wat…or at least it would have been a large water body had it not been the dry season!

My last morning there I engaged my most helpful tuktuk driver Mr Phay who is one of the Park Hyatt designated tuktuk drivers to bring me to bird at the West Baray area.  This is actually an enormous area and it is best approached by one of the dirt tracks on the east of it.  The tracks are rutted and challenging to negotiate by Phay did it very well….where exactly to bird was more tricky and I would say that you just need to stop here and there and then look for the terrain and birdlife and if there’s nothing, just move on…

Setting off in our tuktuk at 7am… 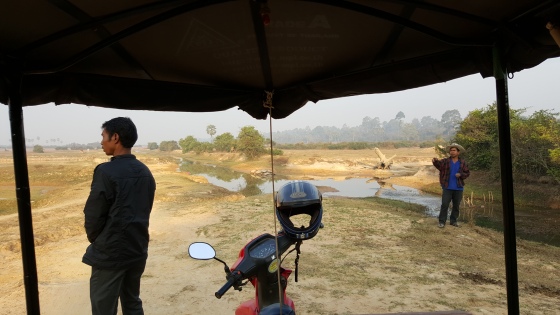 Arriving at the West Baray after a longish bumpy ride on the track, we just tuktuked along…. 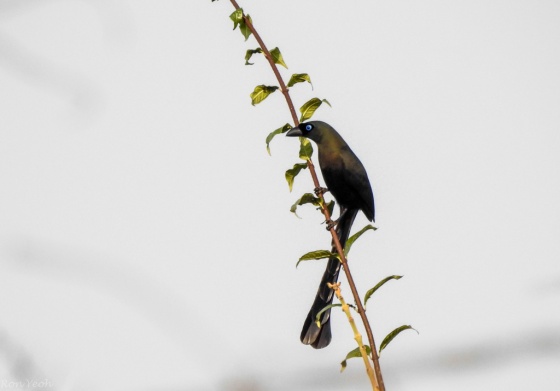 This was the first bird I shot….I thought it was a drongo at first and so only took a couple of shots from afar….only when looking at my pix later on and discussing with Nishant that we figured out that it’s actually a racquet tailed treepie, with a typical blue eye. What a beauty! And a lifer to boot..only wish I’d taken more … 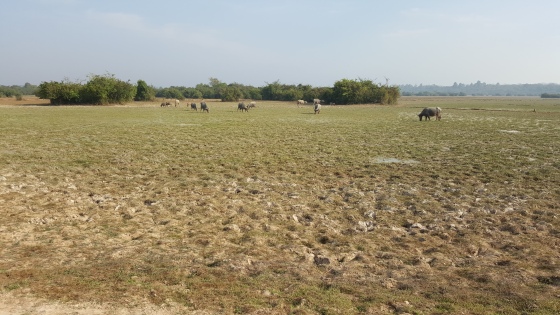 and we finally found our way to this dryish meadow where the cattle were grazing..you have to scramble down a forested slope to get to the plain… 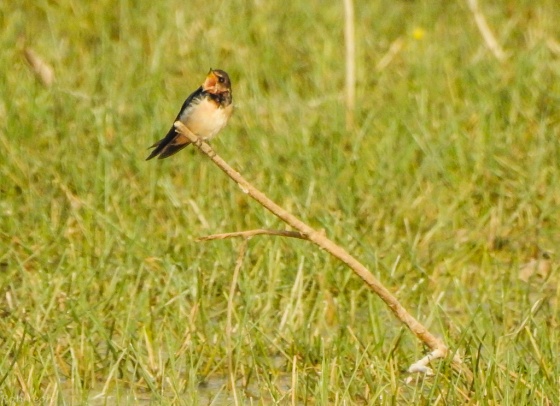 A barn swallow chirped a welcome

There were quite a few waterbirds around (even though there was little water) and a handsome Greenshank appeared. The birds were all very far away and very skittish, flying off at the slightest movement…thank goodness for the Nikon P900’s outrageous 83x zoom capability… 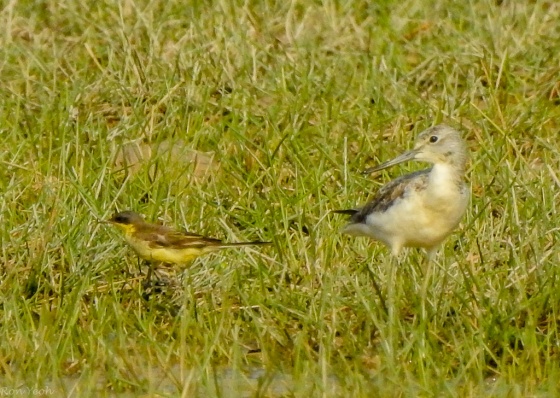 and then this yellow wagtail appeared next to the greenshank.. 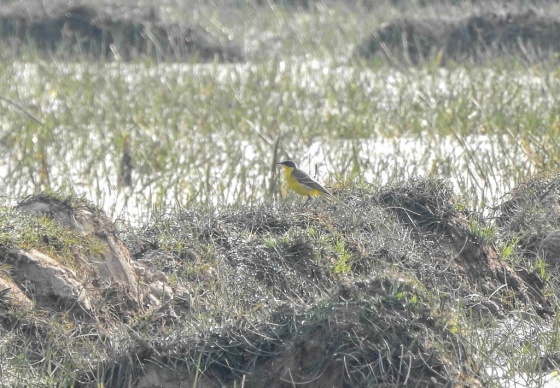 yellow wagtail among the ponds…

from afar, there was a spotted redshank behind and a common snipe in foreground (thanks Nishant for ID)

and then beyond the common pond heron in the foreground I saw this larger bird….

a spectacular grey headed lapwing. Vanellus cinereus, it hails from NE China and Japan and migrates to south east Asia for the winter…. 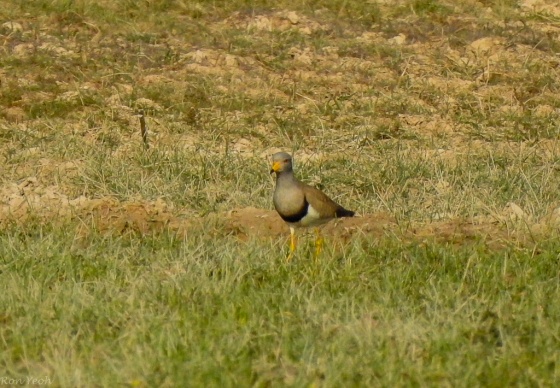 front view of prominent black band…more so in the male

here, one in flight…spectacularly graceful 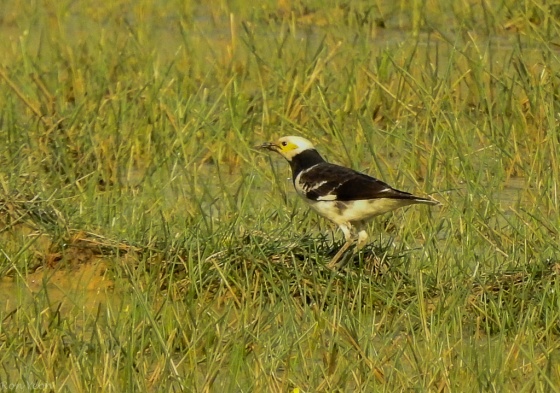 then I spotted a pair of black and yellow birds hopping around in the distance…absolutely striking in the colour combination ,,,it had a creamy head with a yellow eye patch and a striking black collar…Nishant helped me ID it as a Black Collared Starling…not rare but another lifer for me….the morning’s viewing was really very good now… 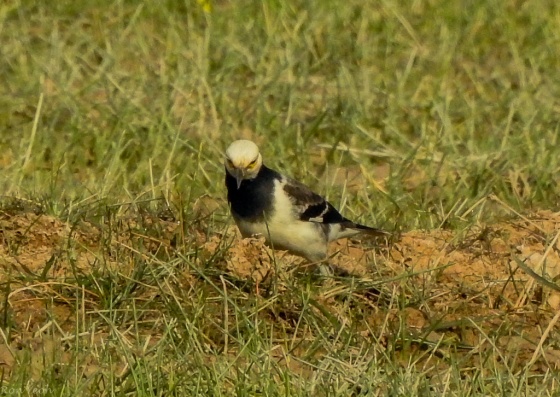 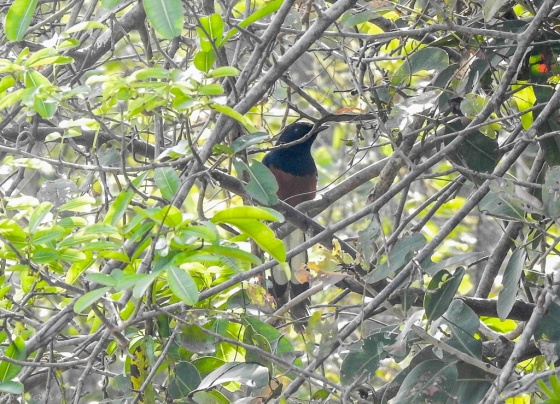 and the last bird of the morning was such a bonus….a flutter in the branches for a few moments and I could only muster this shot of the beautiful white rumped shama…great way to end the morning! 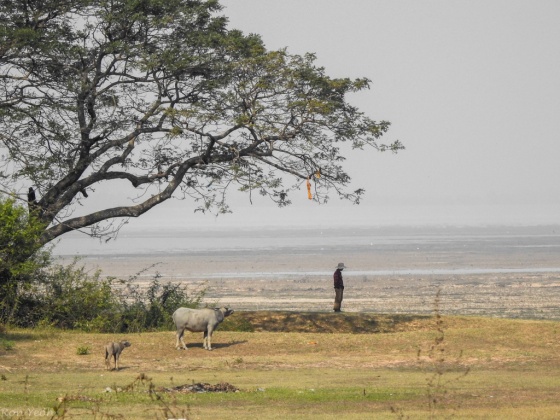 The dry plains of the West Baray, Siem Reap.

I had not been very hopeful of seeing much here at the Western Baray but in the end I managed to see a few lifers, got a few record shots and left with the abiding memory of the spectacular blue eyed racquet tailed treepie. Being a mere 30 min tuktuk ride from the centre of Siem Reap makes this a place I would highly recommend….. 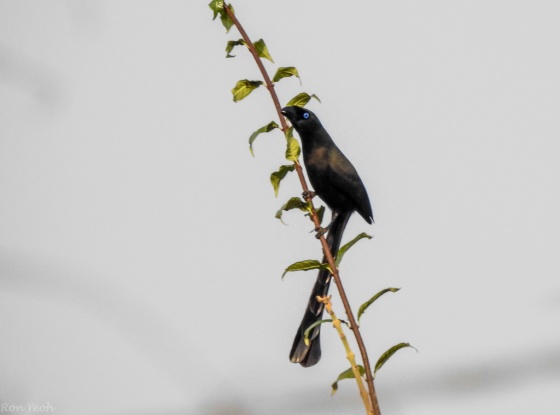 a final view of this beauty