I usually bird wherever I travel to and sometimes forget that my own backyard is quite fun too…this morning after dropping my son off at the Marina Bay Financial Centre, I headed over to Gardens by the Bay, more specifically where the well known eating place, Satay by the Bay is located. I’d heard that an Oriental Pygmy Kingfisher had been spotted there….

Being a weekday, it was actually very quiet and few people were around….all the better… 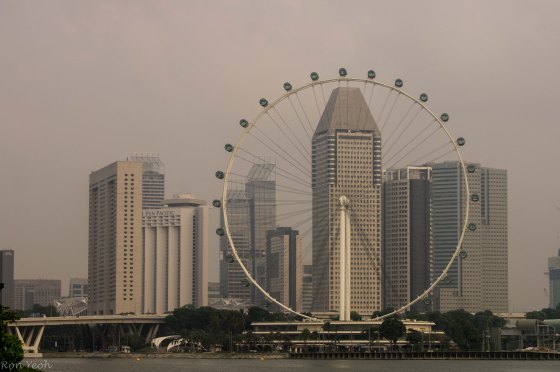 View of the SIngapore Flyer from Gardens by the Bay

Is that his tongue?

And just a little further along, I heard the tweets of a sunbird…and this male olive backed sunbird appeared 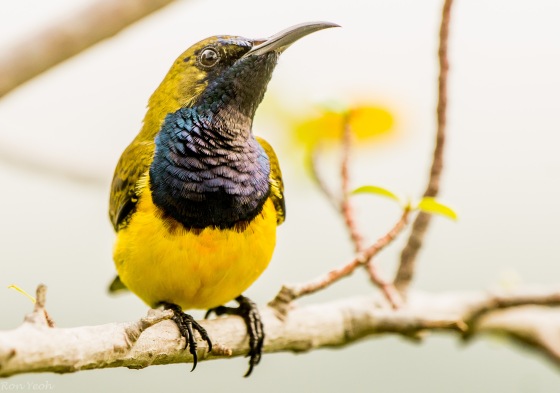 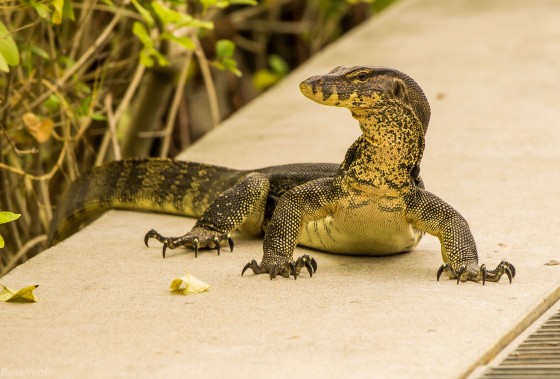 this fellow then appeared from the Bay .. 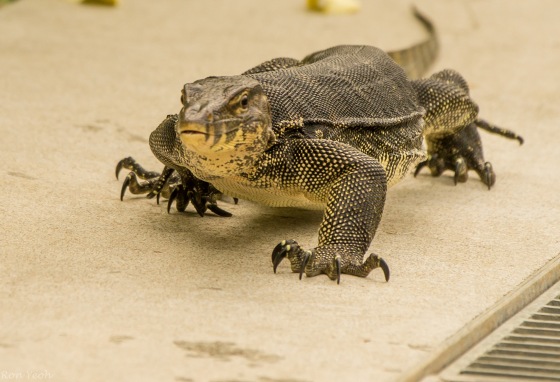 and was pretty aggressive! 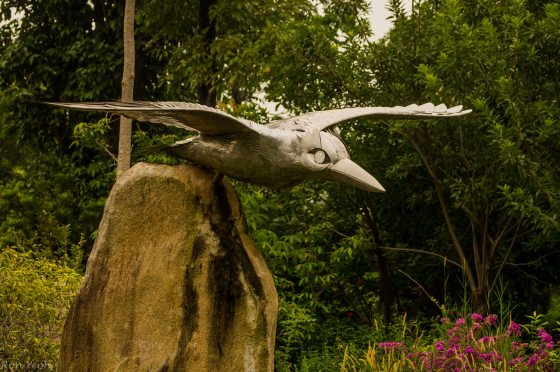 Alongside the Satay by the Bay complex is a long lake and I wandered over there to be greeted by a beautiful kingfisher sculpture….

with beautiful yellow speckling on his dark throat

Here, showing off to me!

and in a tree nearby the magpie robin sang

Waling along the path, there is a bridge overlooking two sides of the lake….on this side a beautiful lily pond with a fountain…. 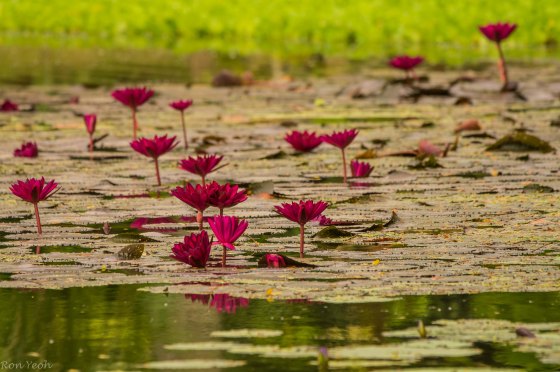 The water lilies were in every imaginable colour…here deep red…

an open and shut case… 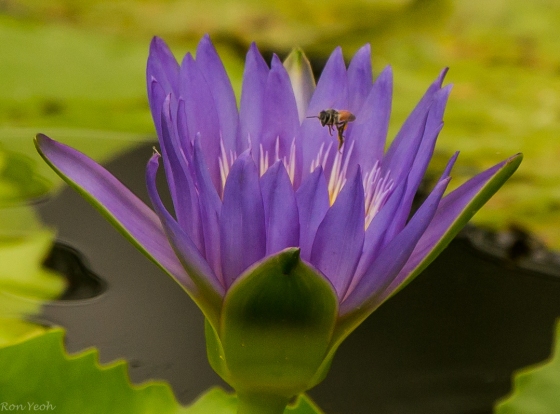 so nice, I’ll show it twice!

And moving further along back to the satay by the bay complex, this gecko appeared sunning himself 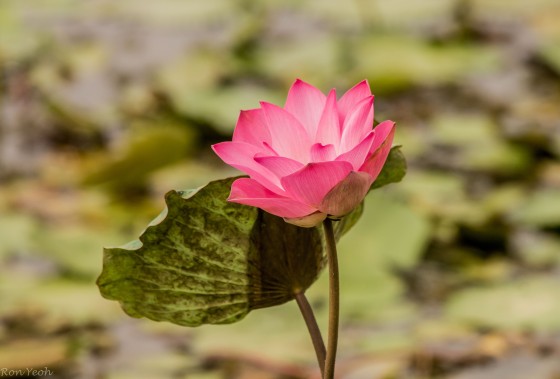 I headed back to the small lake right by the Satay by the Bay building to look for the Oriental Pygmy KF….but he was nowhere to be seen…there were some interesting lotus flowers though..

The lotus flower has broader petals than the water lily…and here we see one half opened and one past its best….revealing a yellow structure in the middle which contains its seeds/fruits

when the fruit matures, they can be eaten…each of these has many little fruits inside….

This is an interesting shot…it shows the lotus bud on the left….a fully open flower next to it and on the right, the maturing fruit pods…

The Oriental Pygmy KF did not show but this pretty Common Kingfisher did..

The actually quite uncommon Common Kingfisher

In just an hour at this delightful location, I saw a number of common but nevertheless attractive birds, some reptiles, some mammals, lots of flowers….it’s nice to stop and smell the roses sometimes!