Just over an hour’s drive from Hetauda is Royal Chitwan National Park, a vast nature reserve bordering India.  I’d been there once more than a decade ago but literally for only one early morning elephant safari…this time it was a bit better…I had almost 24 hours so managed to get in to safaris!

Arriving at the Maruni Sanctuary Lodge, a sister property to the Kathmandu Guest House in Kathmandu, it was obviously one of the nicer and better appointed hotels, right next to CNP.  It was surrounded by greenery and golden yellow mustard fields. 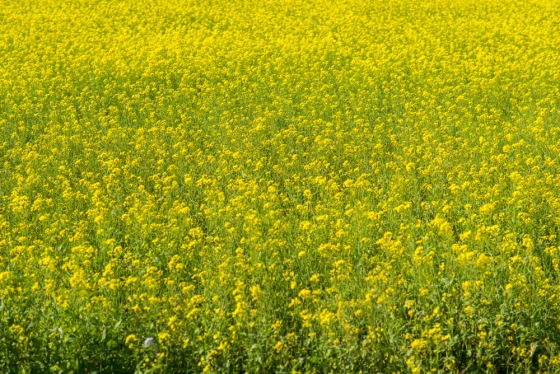 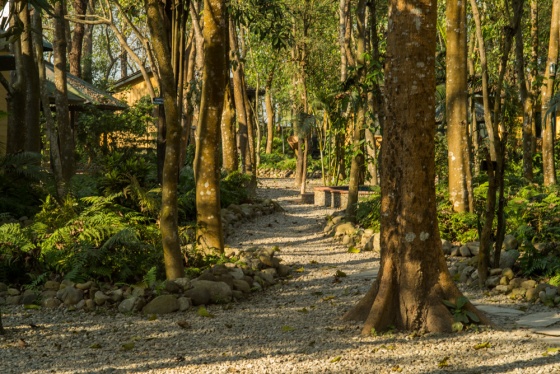 grounds of the Maruni Sanctuary Resort

Right outside my room, there was a little pond with a hide where I spotted these….

We were then taken for our first nature trek; now Chitwan NP has a natural boundary formed by the Rivers Rapti and Trisuli…. So to get to the park itself, we had to take a little narrow canoe to cross the river to do the trek.  Only trouble is that later on, to get back, there isn’t a boat to bring you back and we had to take off shoes and socks to wade across the knee deep river waters….not  easiest thing to do when you are laden with 2 cameras and a pair of binoculars!   Our trek started off promisingly enough….almost the first thing we saw was..

the one horned rhino

he was wallowing in a pond barely 10m from us 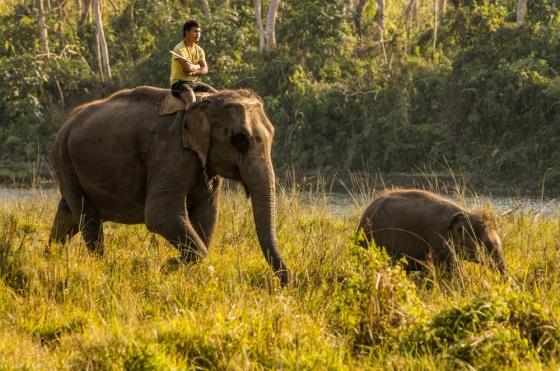 and this this jumbo with calf elephant showed up…

and there was even a crocodile basking nearby..talk about birding in challenging circumstances! 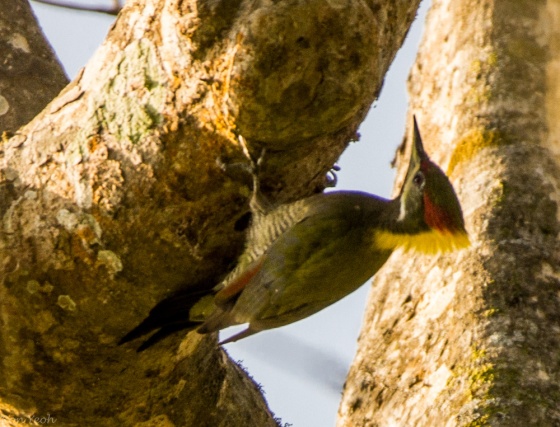 followed by a yellow naped woodpecker

After crossing the river by canoe, we started our walk in earnest but I would say this segment of the walk on the CNP side of thepark was disappointing….birds were very hard to spot in the foliage.  The only thing that I got a bare glimpse of was the Great Hornbill, something that is hard to see…the pictures were bad though…

a terrible picture of the Great Hornbill with very yellow bill…

It was most feisty and I only managed to catch a glimpse of it before it flew off…Fortunately, the next day during our jeep safari, our guide spotted it flying in the distance and I managed to shoot two more distant blurry images… 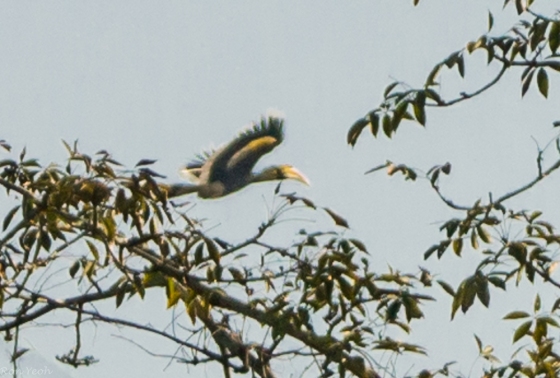 As the sun set, we took our shoes and socks off to wade across the Rapti river back to our lodge

the sunset was pretty enough

The next morning, we elected to go on a jeep safari to see as much of the terrain as possible and hopefully see more….it started off dull and misty… 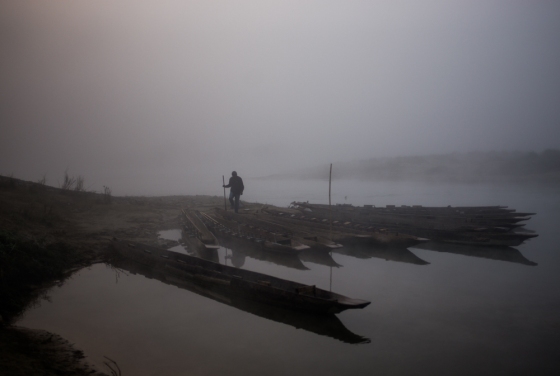 at the canoe boarding station waiting to cross the river…

Whilst waiting for our canoe, three pied hornbills flew overhead…

whilst visibility was not great, it was nevertheless hauntingly beautiful, though cold. 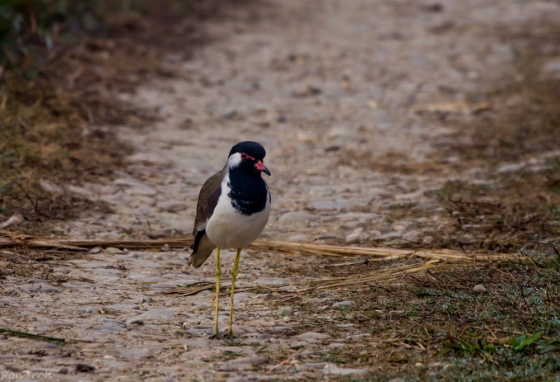 And it was getting a bit boring when our guide yelled out Tiger, Tiger…pointing way down the track our jeep was going…I looked and looked but couldn’t see it…so I just pointed my camera down the road and snapped off a couple of shots…to my surprise when I looked at my pictures later…there was a glimpse of the tiger stripes just on the left of the track as it curved to the left in the far distance…. does a bluury image seen on camera count as a sighting?? It’s the orangy blob right in the middle of this photo

After that flurry of excitement, the drive soon settled into fairly quiet progress with not many birds to see….till about 830 or 9am when the sun began to warm the land and light the forest…

an elephant sighting brightened up the morning 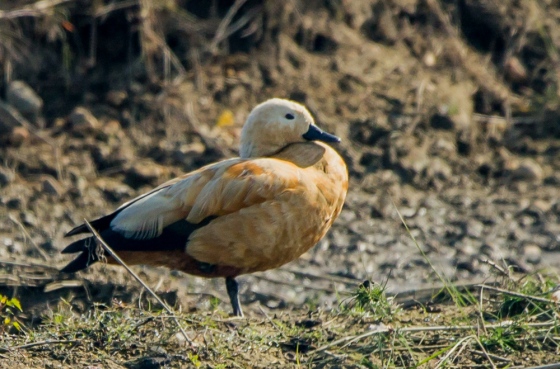 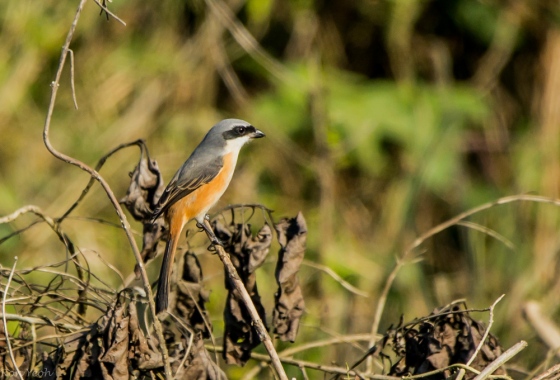 The yield in birds and other fauna in Chitwan was slightly disappointing overall but I guess I should have invested more time, not just 24 hours…