The exotic names of places and mountains in Nepal are, well, just that….exotic!  Names like, Nuptse, Lhotse, Thamel, Trisuli, Rapti etc etc..what magic they induce….So I just spent 10 days in Nepal over Christmas starting off in Kathmandu, then moving on to Hetauda and Chitwan, finishing off in Nagarkot.  We were doing an eye camp in Hetauda where 400 poor patients from southern Nepal and Northern India were brought in to undergo sight restoring cataract surgery under the auspices of the wonderful Tilganga Eye Hospital led by the equally wonderful Dr Sanduk Ruit

I shall divide this blog into several parts…this one on general things in Kathmandu then the other highlights….

Flying in to the Kathmandu Valley, we can see houses even on the ridge line of the mountains

Nepal is a mountainous country so the landscape is dominated by mountains, mainly the Himalaya, but there are also many other smaller mountains. Arriving at Tribuvhan International Airport, it’s about a half hour drive into kathmandu City. We stayed at the Kathmandu Guest House, a veritable institution in the heart of Thamel, the heart of the tourist area. It’s easy to walk everywhere in Thamel… 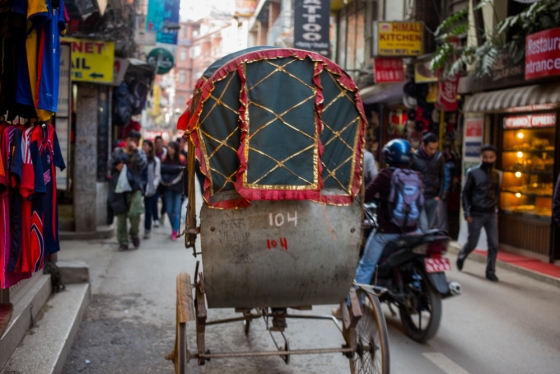 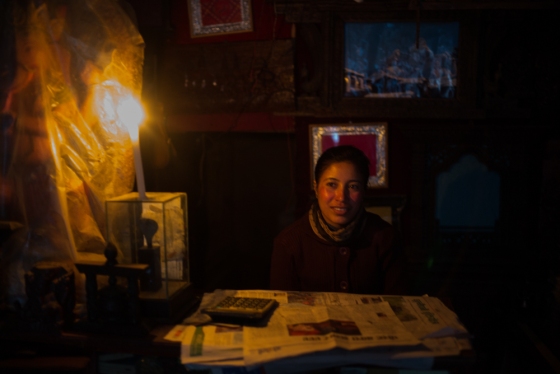 this lady was minding the shop with one candle as light

and this butcher lady used 2 candles!

the streets were full of bikes..

the square at Basanthapur, a 20 min walk away

The next day we chose to visit Pushpatinah, a part of the city near the east on the river, where the dead are brought to be cremated 24/7. It’s a fascinating place and we could observe the rituals accorded to the deceased prior to the cremation on the open pyres…

Pashupatinath temple complex where the funeral pyres are smoking

a few sadhus were around

the arrival of a body and its ritual preparation

placing the body on the pyre

every part of the body is burnt till only ash remains

We visited an old folks home set in a wonderful old fort like building…. 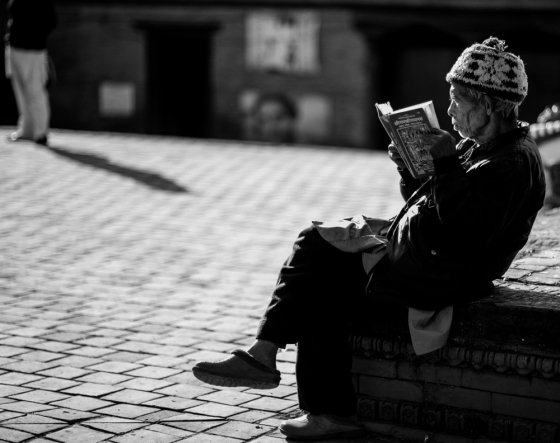 this elderly man was reading his book intensely

and this wonderfully expressive lady greeted us

the cremations continued even at night, 24/7 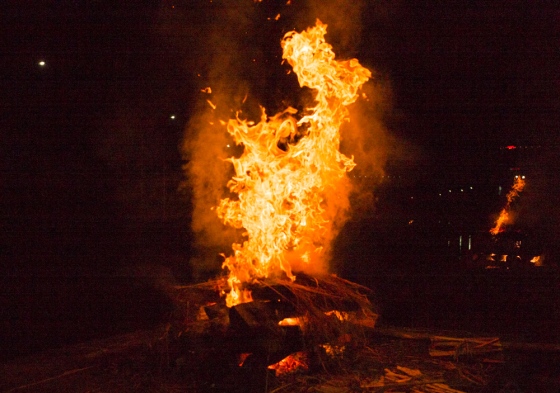 dust to dust, ashes to ashes

we visited the brightly lit Boudanath complex on the way back…

We also visited the Monkey temple the next day..a place on the hill where monkeys and monks were plentiful….

there were many novices around..here a serene and serious novice…

And here, a lighter side seen, where boys are still boys!

And on our final morning in Kathmandu, we went on the touristy Everest mountain flight; I’d done it when I was last here 20 years ago and it didn’t make much of an impression then…I have to say though that this time, it was a pretty exhilarating experience….if you are never going to make it up to Base camp or Everest itself, this is the next best thing!  We left for the domestic airport for our 7am flight..

readying for takeoff with the sunrise

the dawn light was beautiful 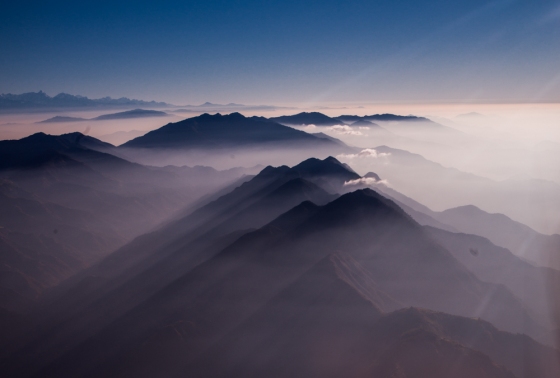 And here it is, Everest or Sagarmatha, the roof of the world..fronted by Nuptse on the left and Lhotse on the right….we were brought into the cockpit to get this view, and the pilots and stewardesses were wonderful in pointing out the various peaks and giving us a photographic panorama with the peaks named

The hour long flight at dawn was very very good…well worth the USD200 it cost.

We had Christmas in Kathmandu and it was fairly quiet; the atmosphere in the New Orleans cafe opposite the Kathmandu Guest House was nice, the spaghetti good and the new age music bad…