There had been sightings of the rarely seen Great Slaty Woodpecker (GSWP) near the summit of Bukit Timah Hill (BTH)and there was much excitement in the Singapore birding fraternity and so I set off after lunch today to try my luck.  I’d seen the GSWP before on a previous birding trip to Palawan in the Philippines but I thought I’d still like to see it.

Arriving at BTH at around one, I headed up the road to the summit stopping at the Jungle Falls Trail turnoff where the GSWP had been seen these past few days…. 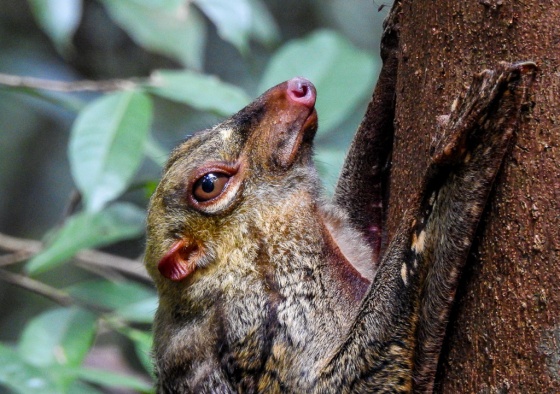 The Colugo or Flying lemur is a common BTH resident

Waiting there for a couple of hours, the GSWP failed to show…..but other things did….

a beautiful butterfly entertained us

Something small then flitted in and out among the leaves….a cute little pinstriped tit babbler

A thick billed green pigeon was seen at the summit

After a couple of hours with no show of the GSWP, I headed off to the quarry viewpoint and saw this little squirrel… 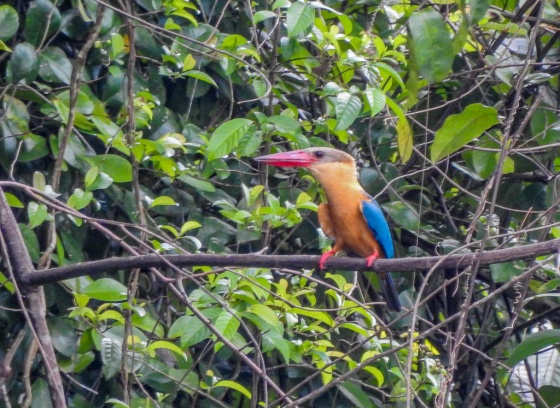 a yellow vented bulbul taking off 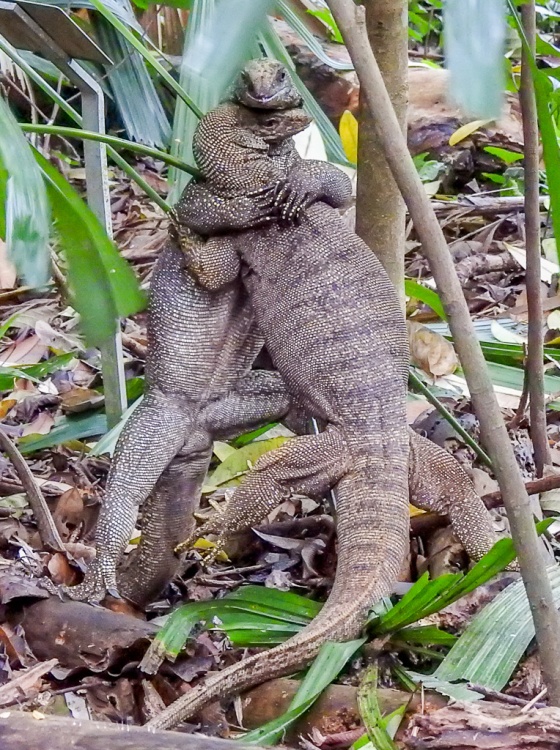 and finally just before leaving I came across a pair of clouded monitor lizards either being very combative or very amorous! 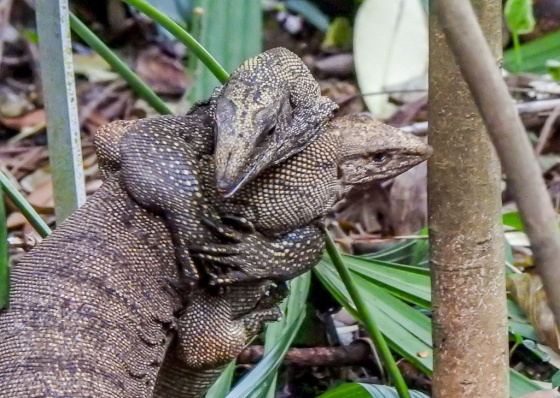 So although no joy with the Great Slaty WP, the other sightings more than made up for it!  BTH is still a good place to go to for a nature ramble