Our last day in Sichuan, we decided to visit another Scenic reserve called Huanglong which is incidentally also the name of the airport: Huanglong Jiuzhaigou airport.   It was about a 3.5 to 4 hour drive there from the Banyan Tree Resort but we planned to spend the afternoon there and then head to the airport about an hour away to catch our evening 830pm flight.  Our erstwhile driver Mr Zhang set off with us about 930am in the light drizzle….

Yaks were quite common along the way

When you arrive at the national park, just buy a one way cable car ticket to the top; it’s just a 15min ride.  At the top, there is a 2.5km hike along a boardwalk surrounded by forest and mountain peaks but it was a dull rainy foggy day so we only saw the forest.   By the time you get to the end of the boardwalk, the main travertinic multicoloured pools are another 1.5km loop uphill or you can take a shortcut across to the downward loop still seeing some pools but not the main pools at the top.  If you can manage it, I suggest you carry on up the slope to the main pools….. 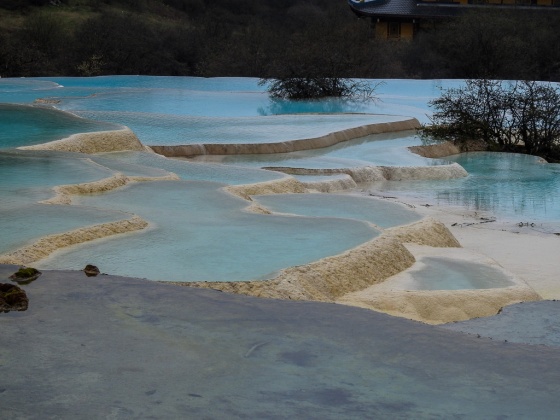 You then catch your first glimpse of the travertinic pools… 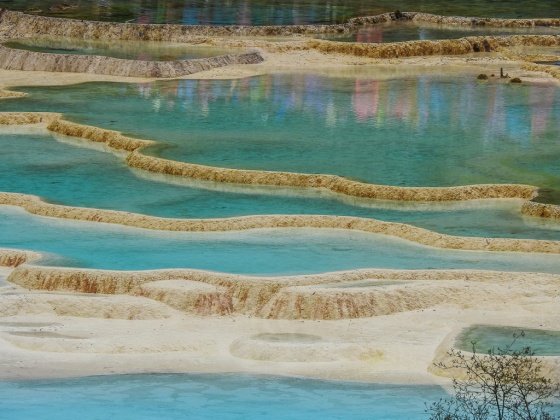 Some in hues of green

and some in striking blue 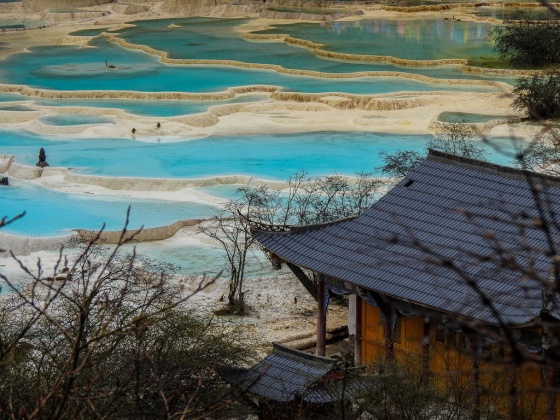 and these change in hue

Hugging the water’s edge was this Phylloscopus warbler 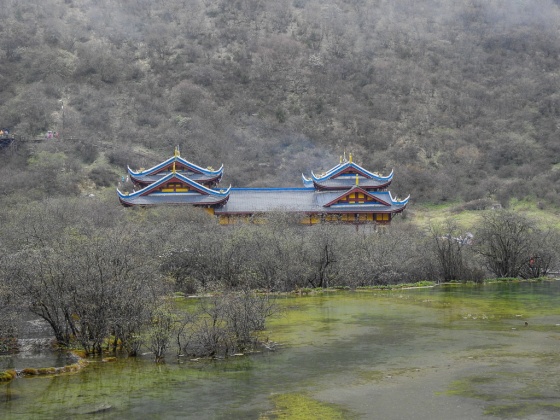 the chinese architecture blended in well….

As we had a plane to catch, we hastened down the hill where there were more pools to be seen but as it was the ‘dry season’ many pools and waterfalls were dry.  As we went barrelling down the slopes, I noticed a flash of colour…..

From a long way away, amongst the twigs and buds, a red face peered out….

It’s scarlet and purple face contrasting with the brown back 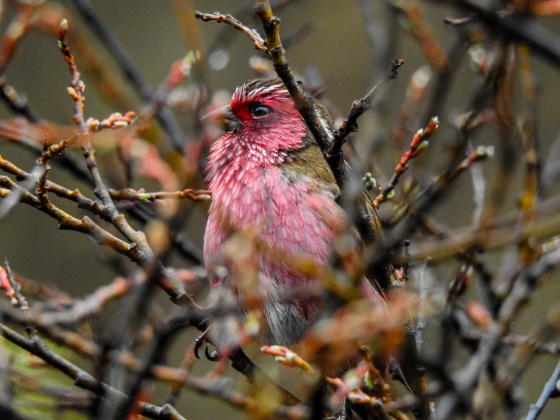 So we got down from the top in about 2 hours and headed off straight to Huanglong JZG airport; as we made good time, we slowed down on the approach road to the airport….

This beautiful ?Himalayan cuckoo posed for us 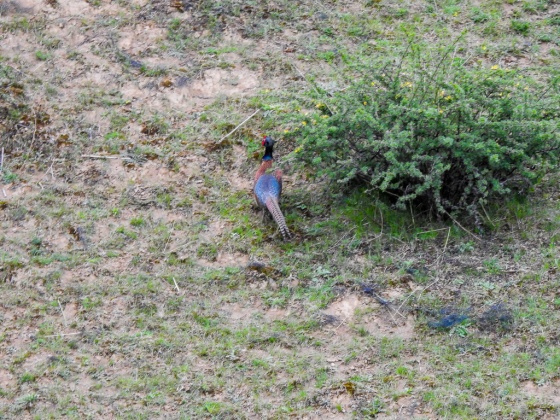 Our driver then yelled ‘fire chicken!’ which is pheasant in chinese! and there in the distance was the unmistakeable colour combination of the common pheasant….

strutting away as soon as he sensed us 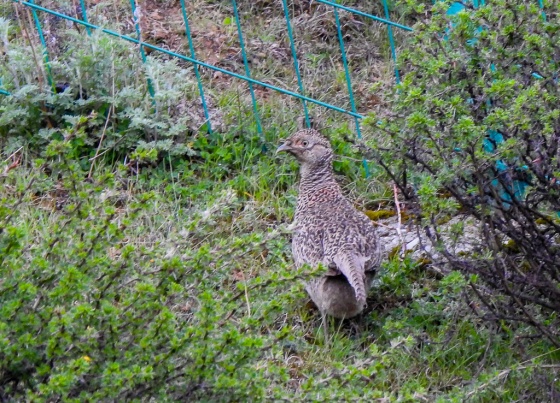 And just before we left this unidentified bird appeared…

Huanglong nature reserve  is quite a spectacle and in some ways I preferred it to Jiuzhaigou proper.  Coupled with the few interesting sightings there and on the approach road to the airport,it made for a great day.