Having missed out on the Mountain Peacock Pheasant (MPP) the last time we went a few months ago, we tried again having heard that the creature was still there. Arriving at the Botanic Gardens in Bukit Tinggi, at about 3000ft altitude, the sun had just risen at about 7am.  Our birding expert confidently predicted that the MPP would show up at 745am so we set ourselves up comfortably behind out hide and waited… 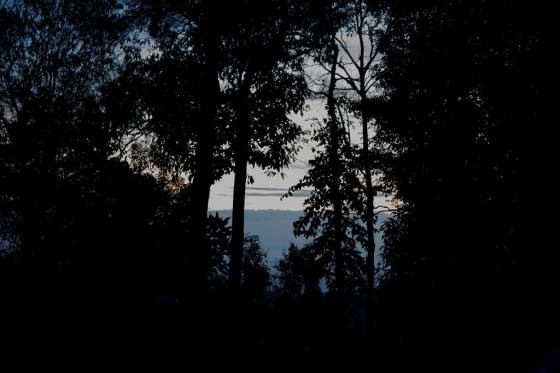 Daybreak over the foothills of Genting Highlands at Bukit Tinggi, altitude 3000ft.

Settling ourselves down, a flight of 4-5 Bushy Headed Hornbills called loudly and flew overhead to welcome  us…..a few yellow breasted warblers also zipped by….and then at 720, A whispered, “It’s here!”  And gazing into the clearing, a dark grey shadow appeared…the light was terrible….but there was no doubt, our target bird for the day had appeared… 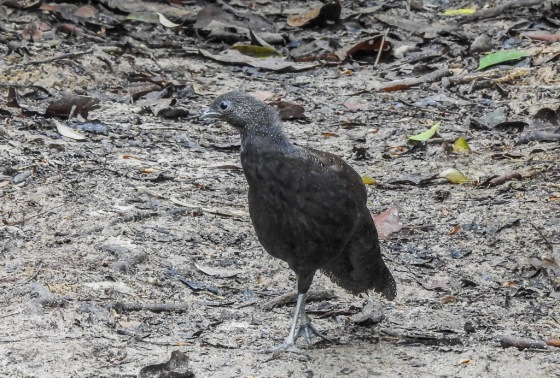 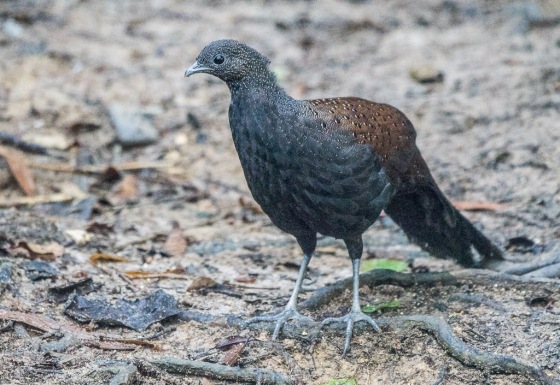 But as he neared and turned, the detailed markings appeared and confirmed the arrival of the Mountain Peacock Pheasant! 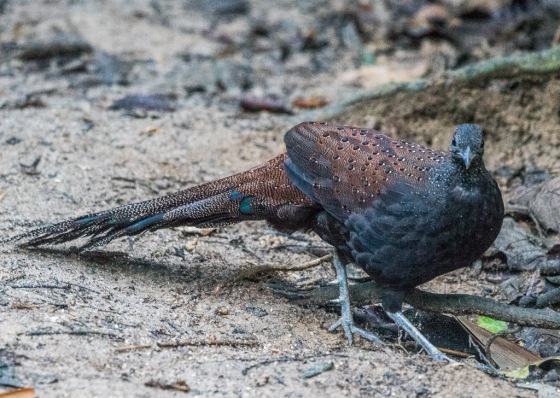 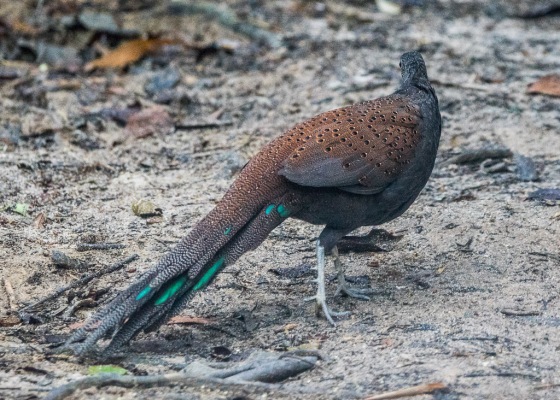 Back view of the MPP showing the chestnut brown coloration, bluish Ocelli (eyespots) on the back and tail feathers. Note the two spurs on the leg indicating this is a male. 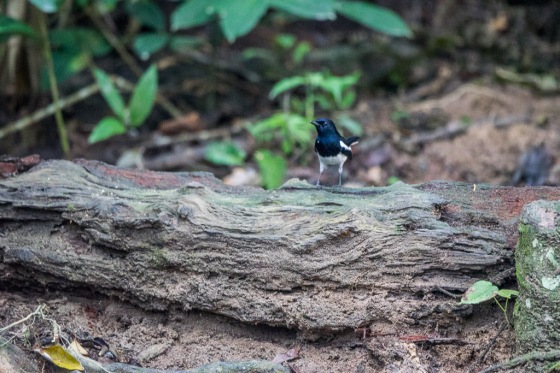 After the MPP went off for a walk, some old friends appeared…the ubiquitous oriental magpie robin…. 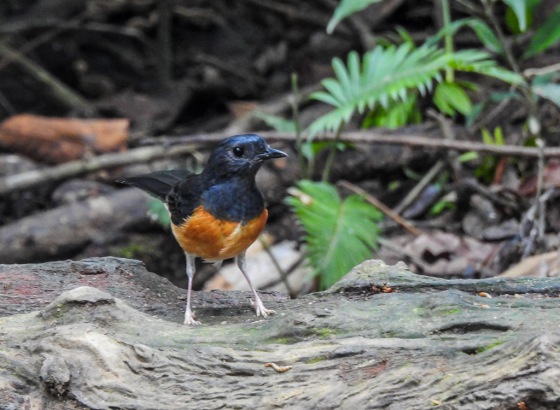 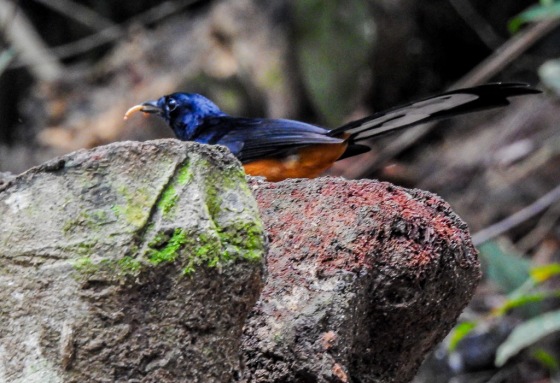 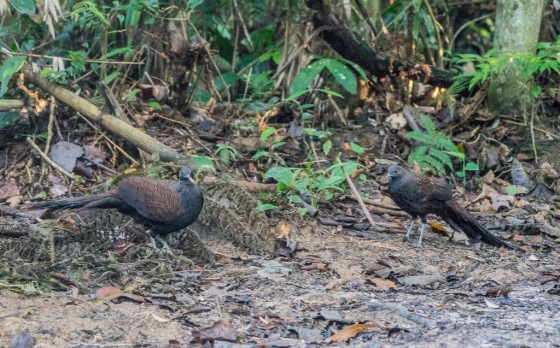 and then after a while, a brief flurry of motion led to the appearance of a second MPP! Unfortunately it wasn’t another female which might have enamoured the male to display, but another male and they proceede to squabble and fly around… 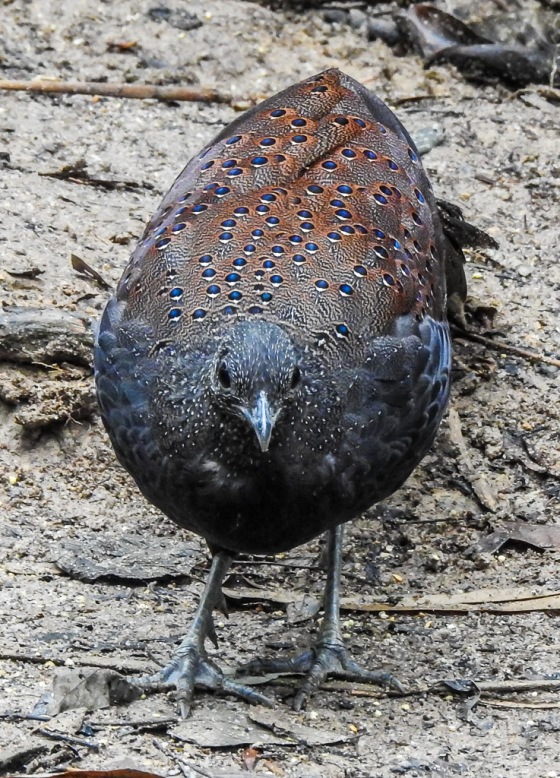 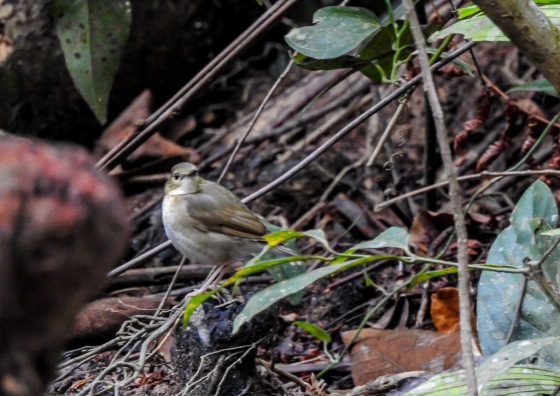 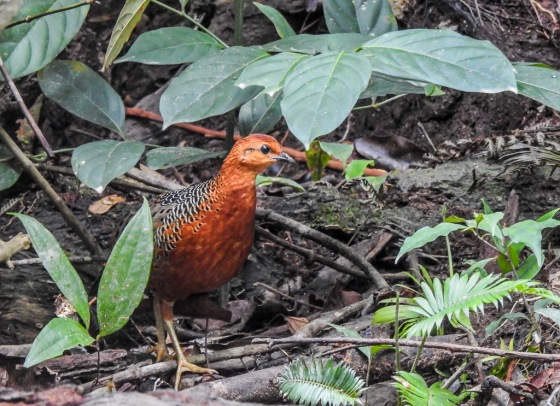 And having been hugely satisfied with the MPP and waiting for its reappearance, we were stunned to see this beauty peek out…. 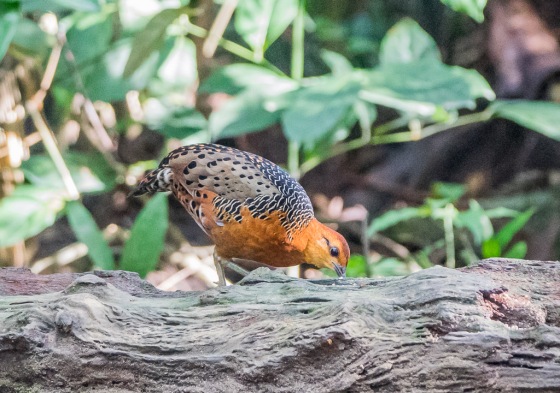 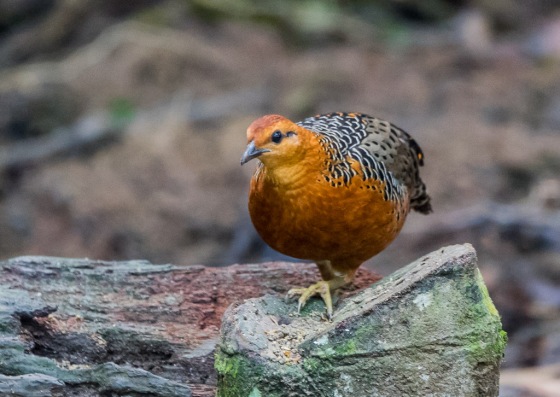 the near threatened Ferrugionous wood partridge 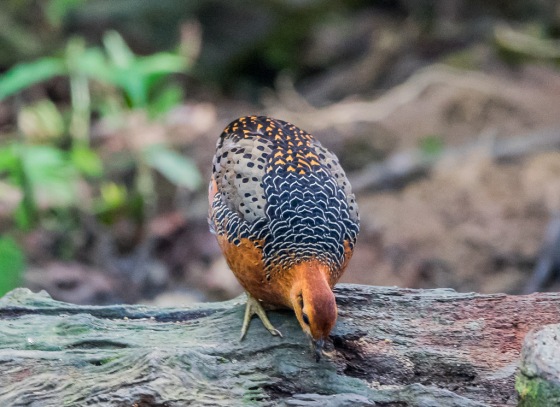 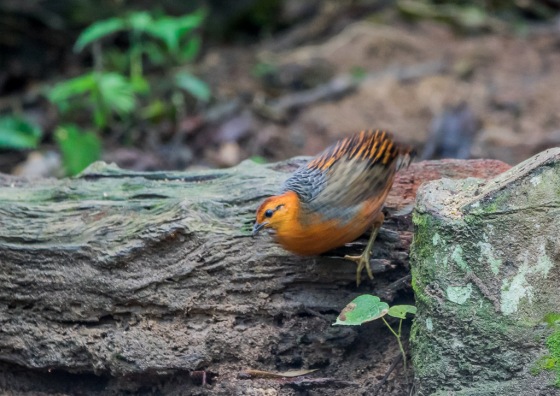 It was very active and barely paused at all 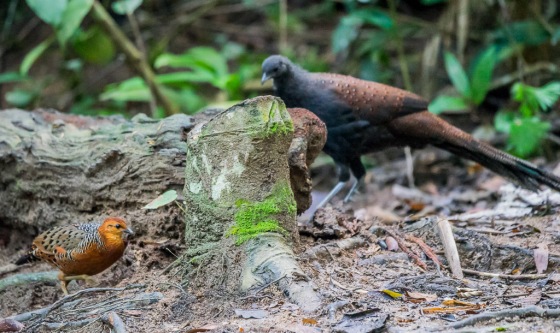 and then amazingly, the MPP joined the FWP…two uncommon birds in one shot! 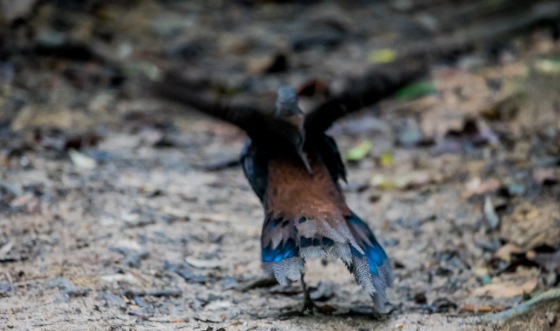 finally with a flurry, the MPP flew off into the forest.. 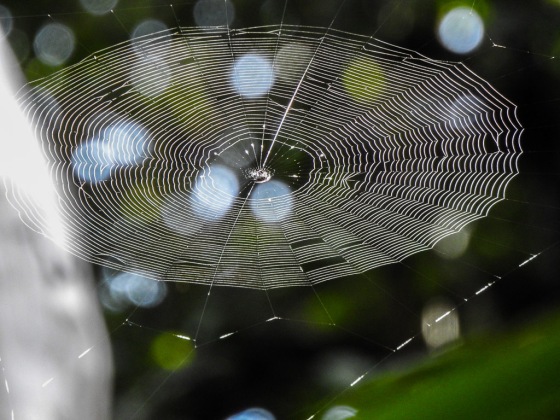 the spider had been busy 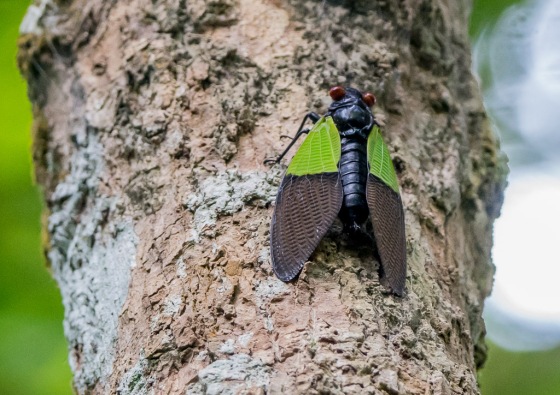 and interesting cicada were around 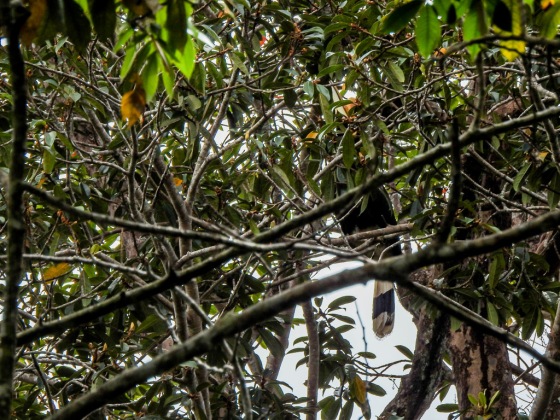 and leaving the area and walking past the Japanese Gardens, a loud guttural honk led us to this bird perching in the tree…. 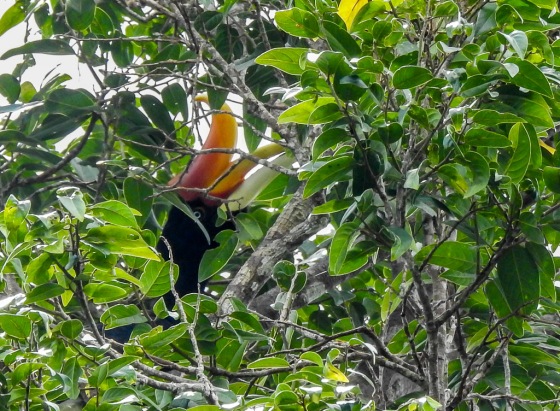 A Hornbill with a large upper casque….the Rhinoceros Hornbill! Lifer number 3 for the morning. 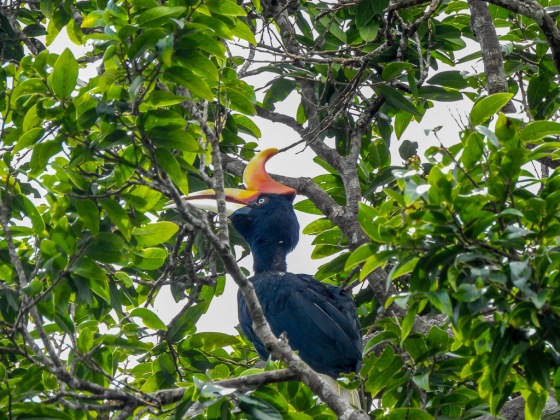 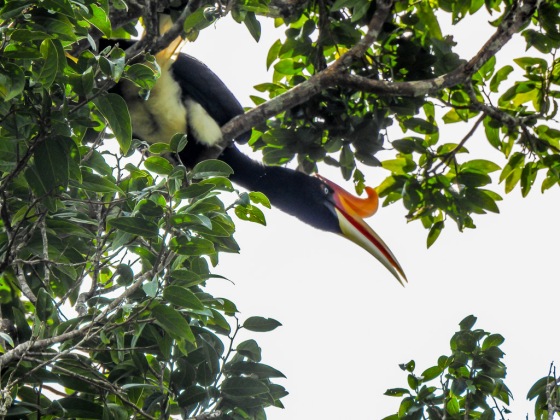 So this trip more than made up for having missed out last year….seeing the vulnerable, endemic Mountain Peacock Pheasant, Ferruginous wood partridge and the Rhinoceros Hornbill…..unforgettable!! Highly recommened.