After our successful meeting in Bali, we headed up to Ubud to chill for one night.  Staying at one of the many resort hotels there, we arrived just as dusk fell.  We were recommended Locavore as a top restaurant in Bali utilising local ingredients cooked in western fashion but I would say it was underwhelming.  Merah Putih in Kerobokan on the way back to the airport the next evening was much better at a quarter the price.

the first bird we saw was the ubiquitous yellow vented bulbul, so common in asia. 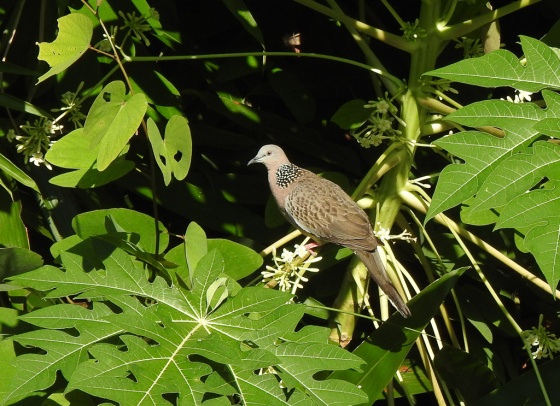 a rather handsome spotted dove posed in the sunlight

and then this splendid male brown throated sunbird made an appearance

We then set off among the padi fields after a 10min ride by van….. 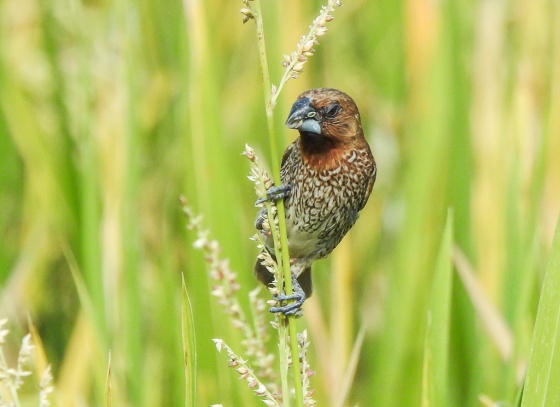 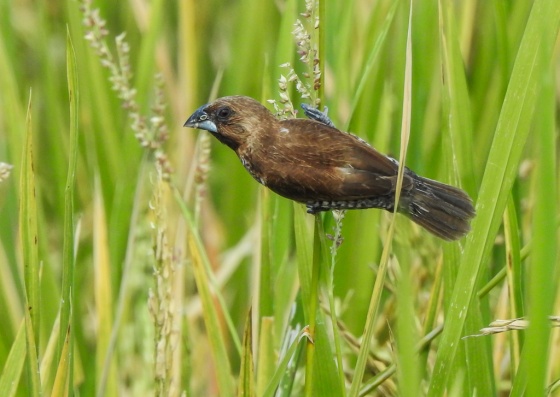 back view of scaly breasted munia 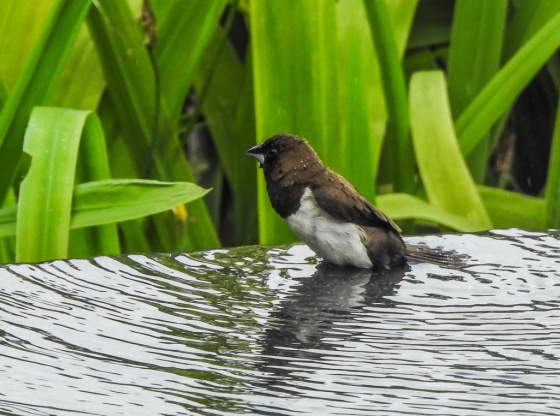 Much better view of the Javan Munia bathing in our pool!

The unmistakeable zitting of a zitting cisticola… 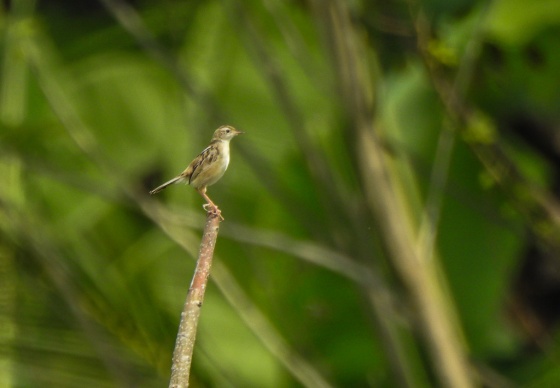 another view of zitting cisticola 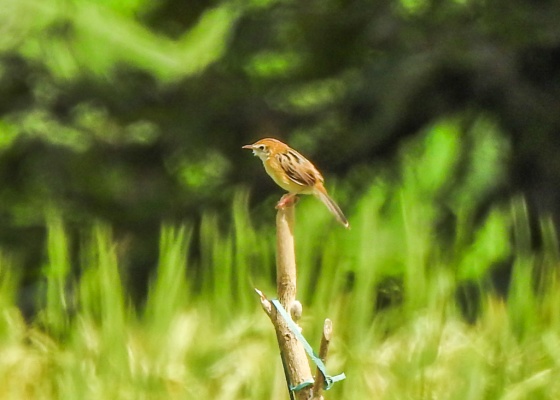 and then this golden headed cisticola appeared..a lifer for me! 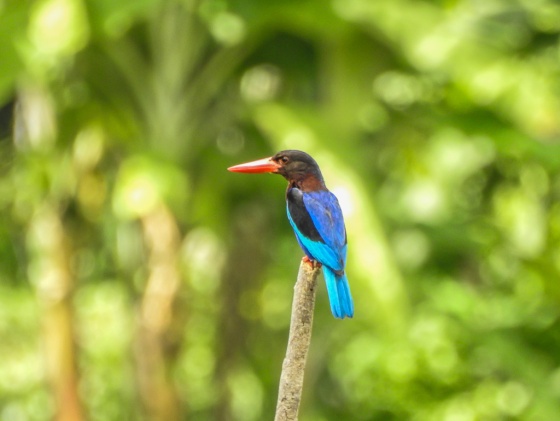 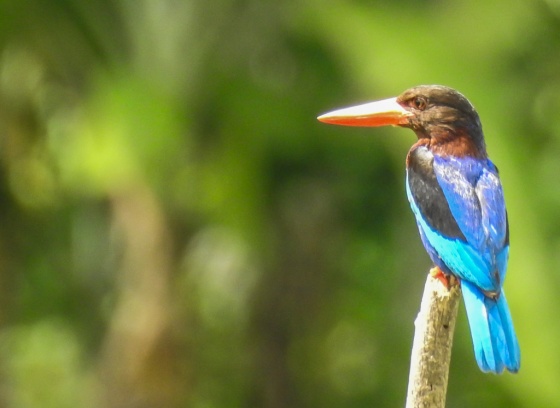 resplendent in blue and violet with orange beak..the Javan Kingfisher 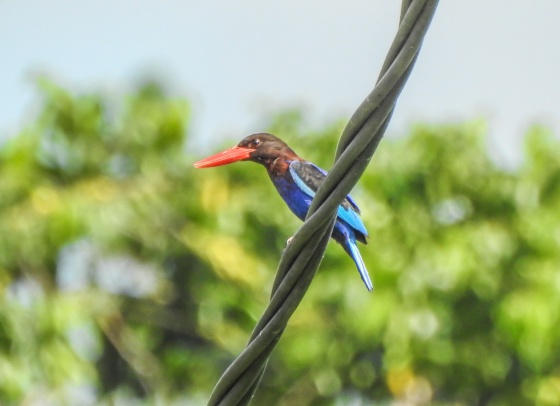 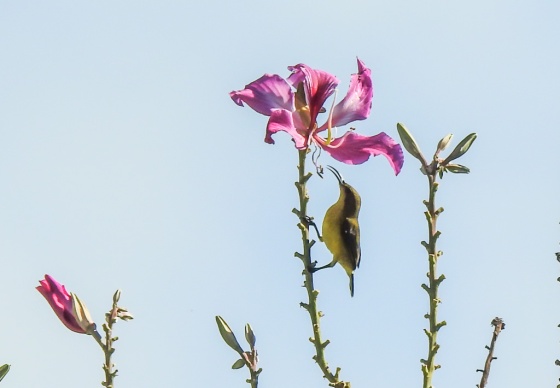 duckies in a row…

and a lovely tree snake in the water..

close up of snake

and just before we left,,this plaintive cuckoo appeared..

All in, a reasonably fruitful morning although it would have been nicer to start at 730am!