Found time this sunday morning to head out at dawn to the recently opened Coney Island in the north-east area of singapore.  From the city centre, it’s a fair drive up the CTE/TPE to get to Punggol Road and the end of it is where there are a few restaurants, car park and the start of the Punggol Promenade Walk. 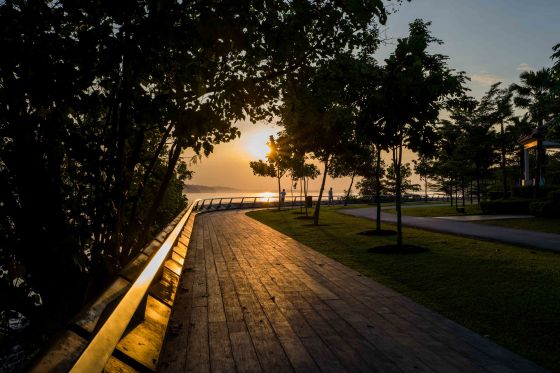 The Punggol Promenade walk at daybreak to Coney

Heading along this walkway, we soon saw our first bird by the water edge… 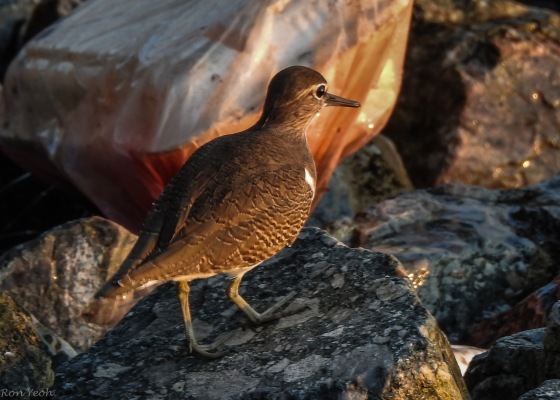 a common sandpiper lit by the rising sun’s glow 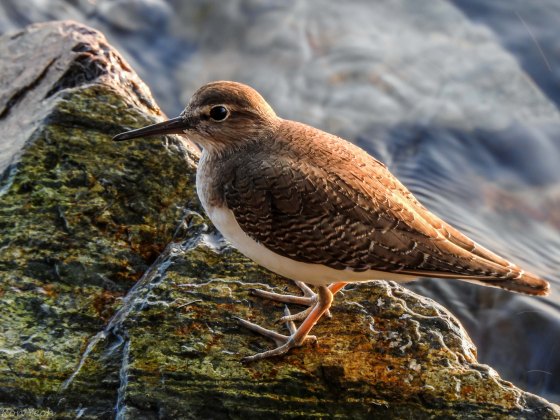 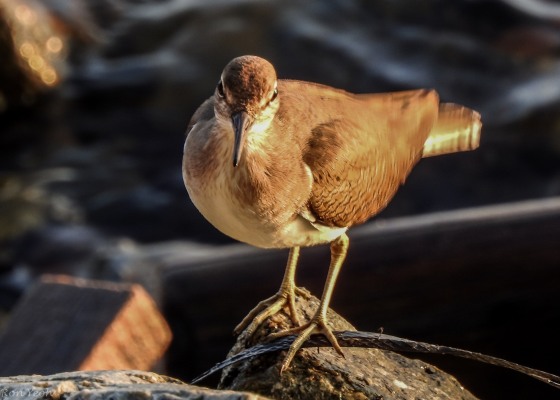 After 500m, there is a short bridge beyond which is Coney Island, formerly known as Serangoon Island… 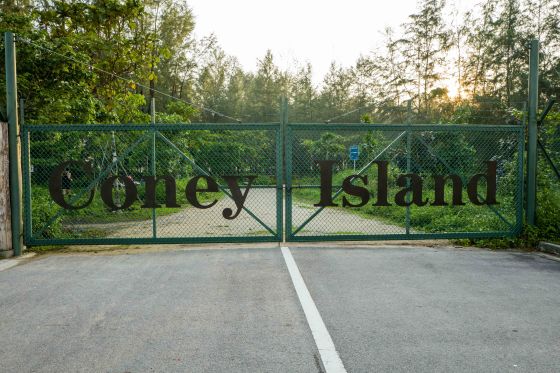 Entrance to Coney Island, an island of greenery 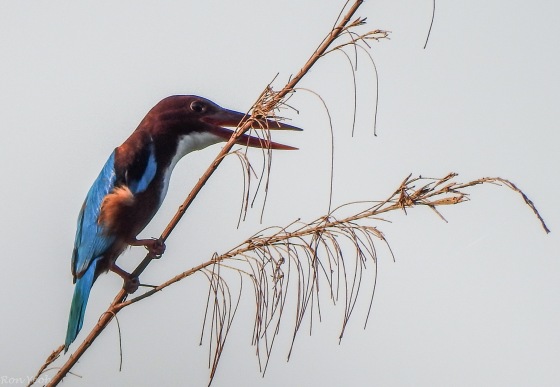 The white-throated KF was making a racket high up above.. 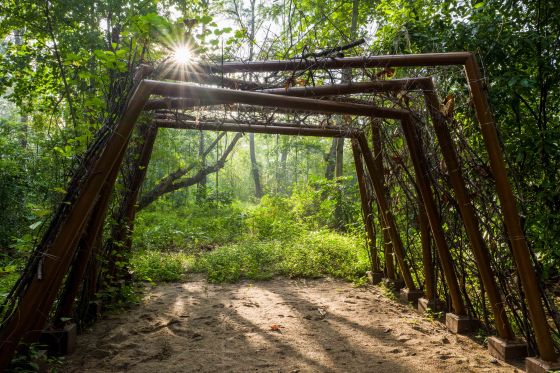 there were some ‘bird hides’ which didn’t look very convincing..and the morning started off a bit quietly….lots of mynahs and yellow vented bulbuls… 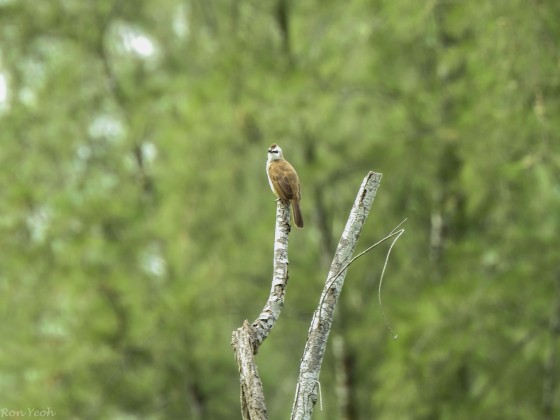 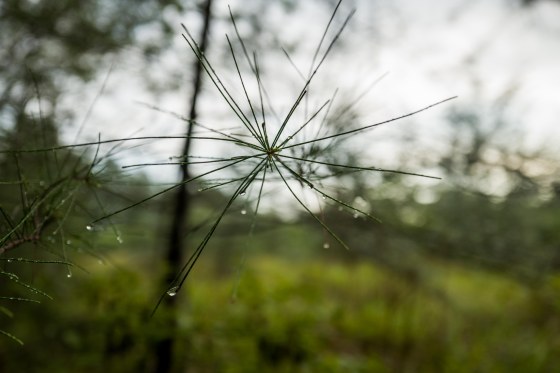 And then things started looking up… 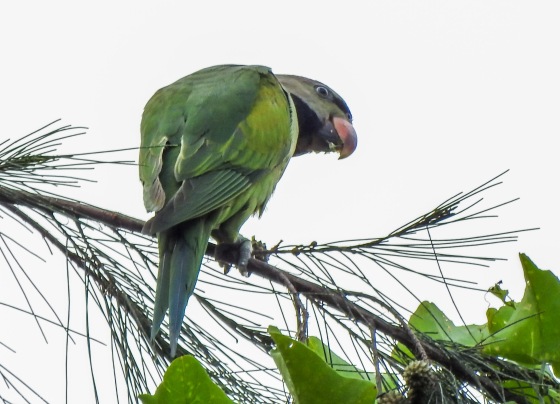 a flock of pink breasted parakeets showed themselves up high 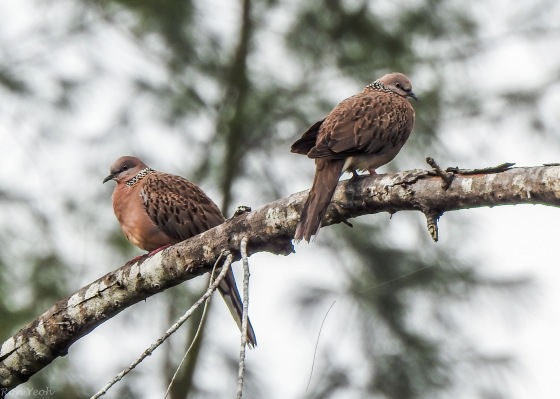 and the spotted doves were posing too 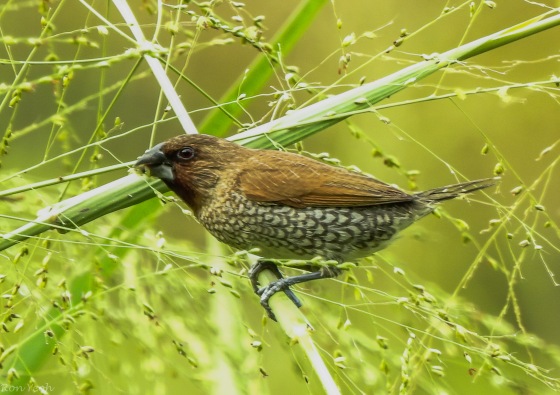 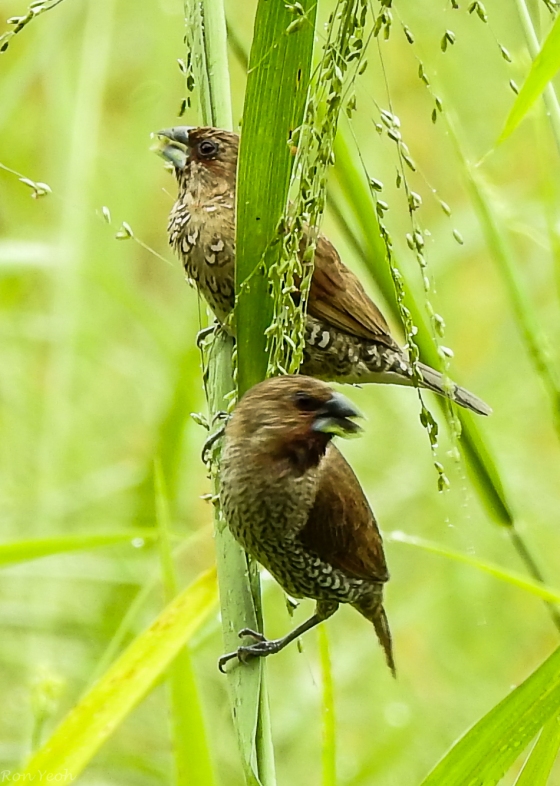 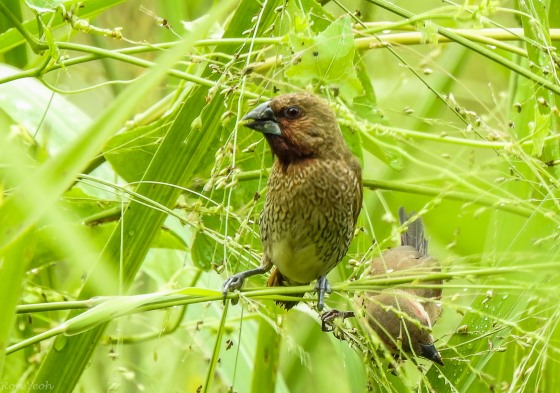 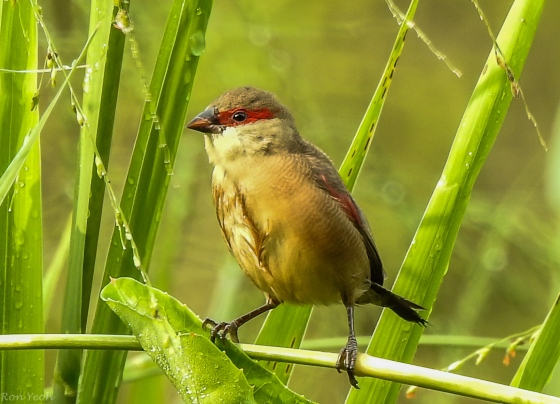 but then this beauty appeared in the same flock as the munias…. 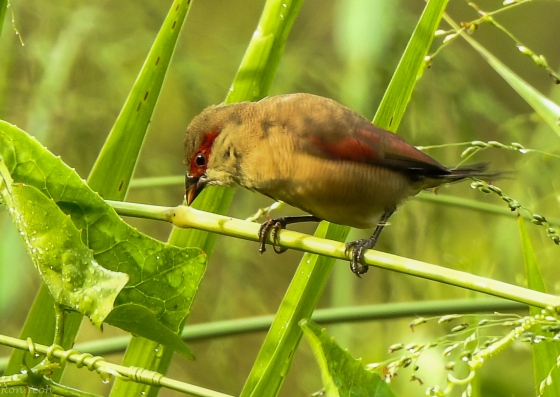 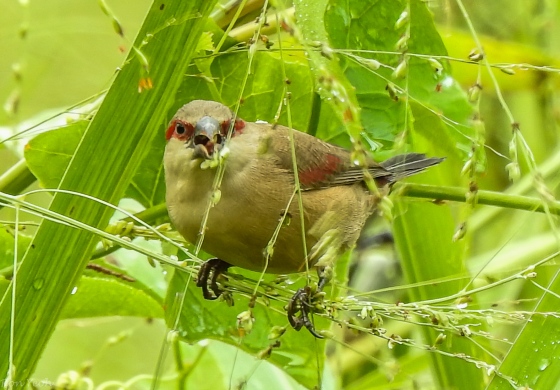 most likely a waxbill of some sort…an African species that is now fairly widespread internationally. (Thanks to Nishant for help in ID) 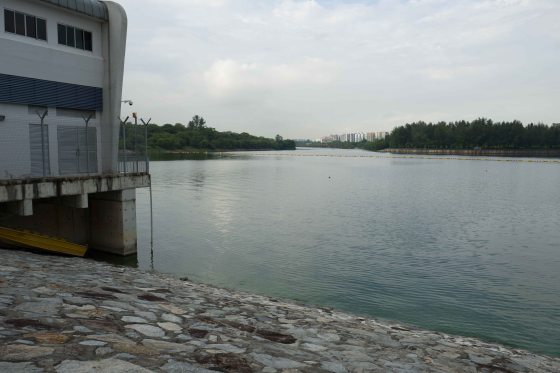 At the end of the 2.4 km trail is a bridge over the Lorong Halus waterway…. 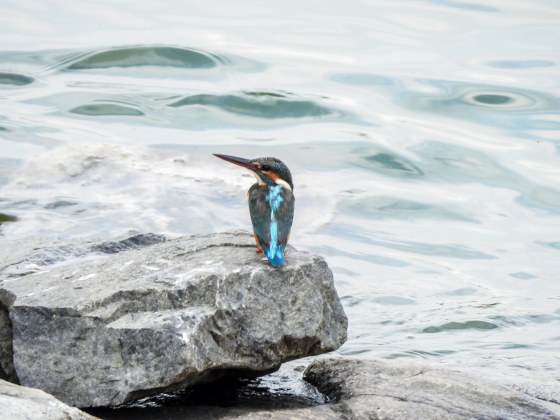 and here appeared the Common Kingfisher which had been photographed +++ in Satay by the Bay …. 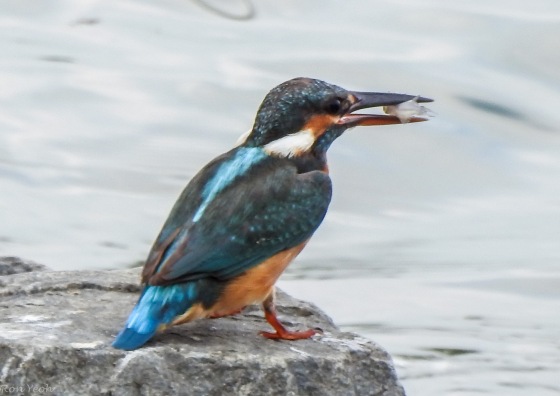 Common KF enjoying his breakfast after smashing the fish against the rock a few times..

And just before we left, we shot the munias again and noticed this handsome fellow among the grass and the seed.. 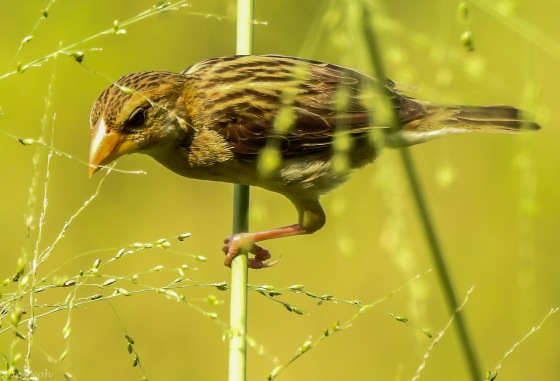 A Baya weaver….which explained the number of weaver nests easily seen by the side of the track 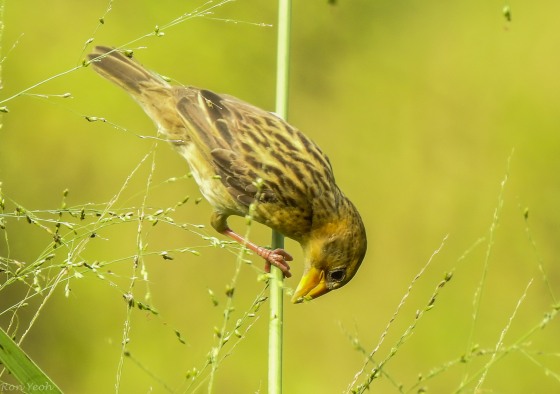 Although the bird sightings are more challenging than in Bidadari or Botanic Gardens, Coney Island was still interesting in its own way….unfortunately it’s also open to cyclists so half the time you’re dodging cyclists…some of whom were playing loud music as they rode…sigh.   So a morning which started off quietly finally yielded a few good sightings.