Singapore is a small place and there is a constant battle for development land which often comes at the expense of green areas.  Bukit Brown Cemetery (BBC) is just such a place and unfortunately has been zoned for a highway and residential development.  Construction has already started and so I was very happy to join this guided tour of BBC by the National Heritage site linked organisation called All things Bukit Brown. It’s a ticketed event and we met at Lorong Halwa at 9am.  Just a note here to ATBB; a 9am start is punishingly hot; it’s much more sensible to start at 7am and finish at 10 0r 11am..and for those who cannot wake up…tough!

We joined the newbies’ tour encompassing Hill3 and Hill1 in a tour lasting 2.5 hours, led by the redoubtable Milly.

Meeting point with the group led by volunteers from ATBB…Brownies!

Maps are everywhere showing the different hills and sectors 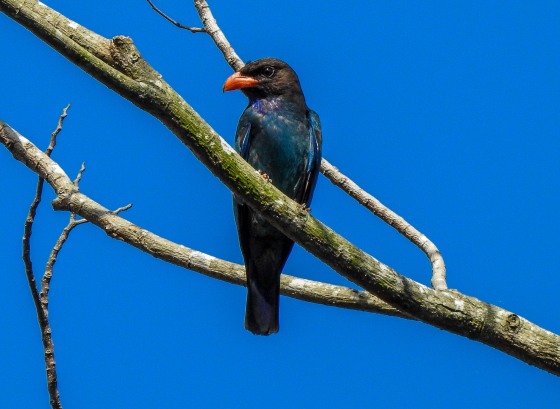 Even before we started, we were greeted by this Dollar Bird perched way up high 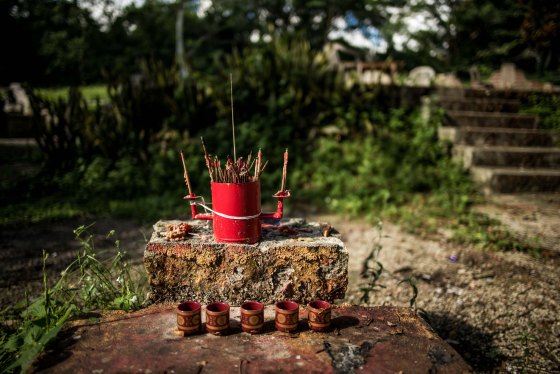 As we walked along, there were signs of memorial offerings in the way of incense holders 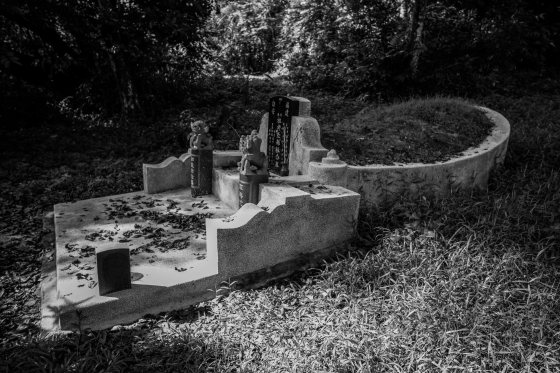 Graves and headstones dotted the hilly terrain as we walked 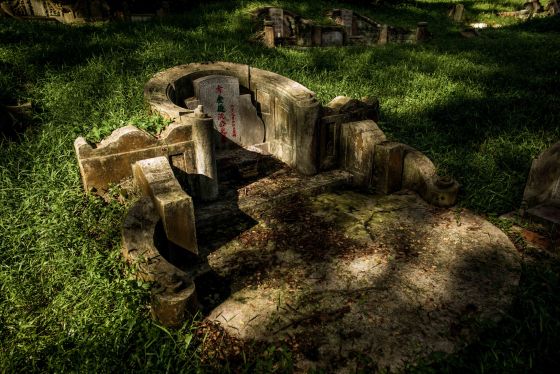 A Teochew grave without the posterior extensions

As we walked, the sun got hotter and hotter…

And some members of our group were more delicate than the ladies! haha. 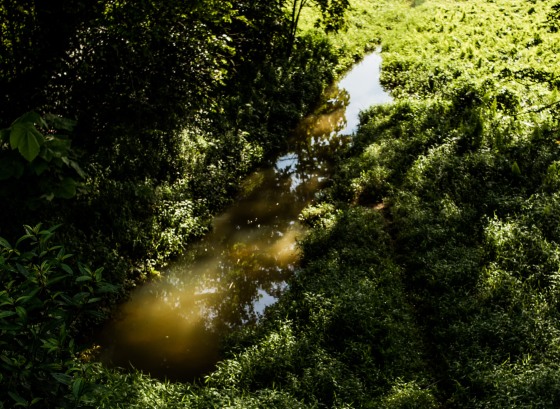 A beautiful stream where sadly, the son of Mr Brown had drowned after having had a fit… 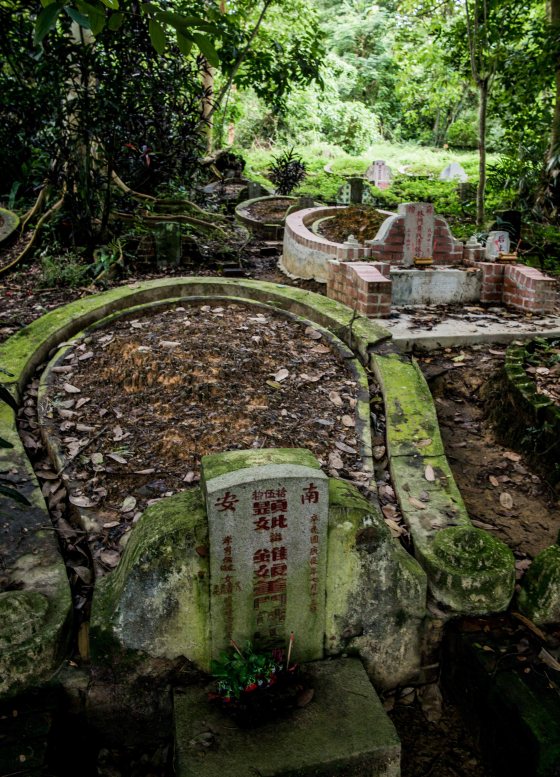 this was the start of a trail that led to the summit of hill3, where a well known singapore called Ong Sam Leong was interred

Ong Sam leong’s tomb was the biggest one we saw this morning with his wife on the left and him on the right…. 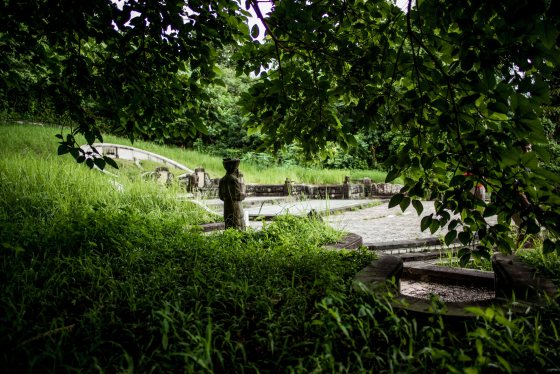 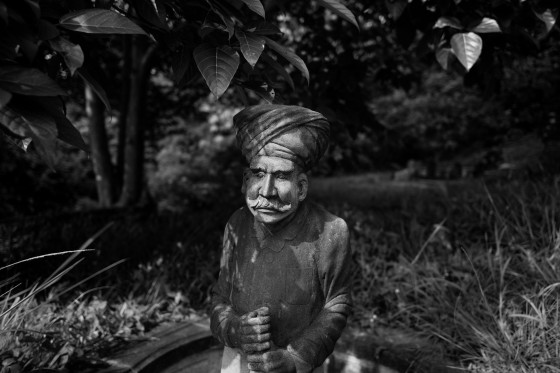 sikh statue from the front

the view from the grave…there was probably once a view, but now the trees have grown and blocked it 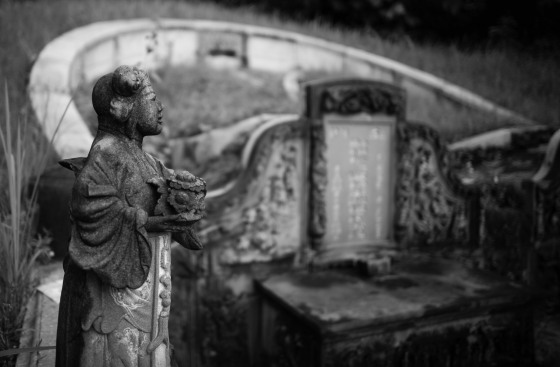 on either side of the headstones were a lady, the jade lady and a male, the golden boy.. 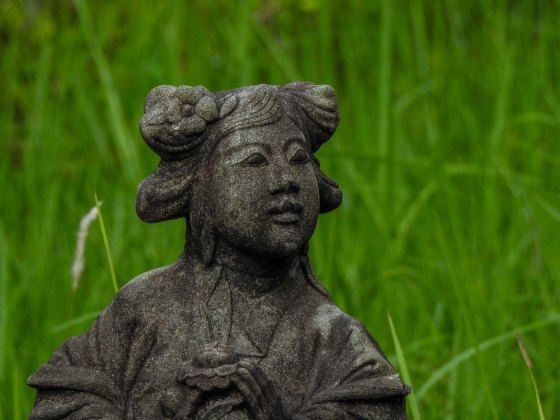 next to many of the graves, something like a sub-grave could usually be observed…this was the tomb of the earth deity who guards the main tomb

As we descended the hill, we saw the graves of Ong Sam Leong’s two sons, here the younger son’s tomb with the father’s tomb in the background

this Asian glossy starling watched us as we came down

and even where colours was lacking, the plants were impressive

Our next stop was this well know grave with the impressive sikh guards…the tomb of a Dr Chew, a practitioner of traditional chinese medicine… 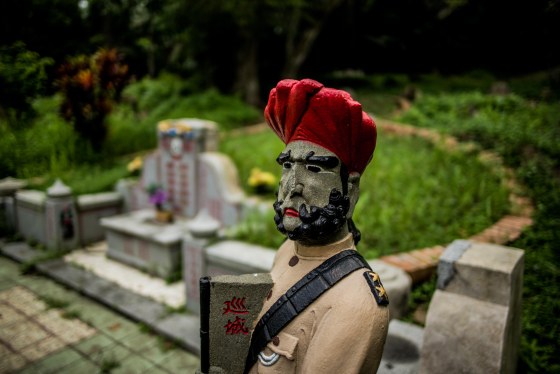 two real dogs and a dog statue watching over the tomb 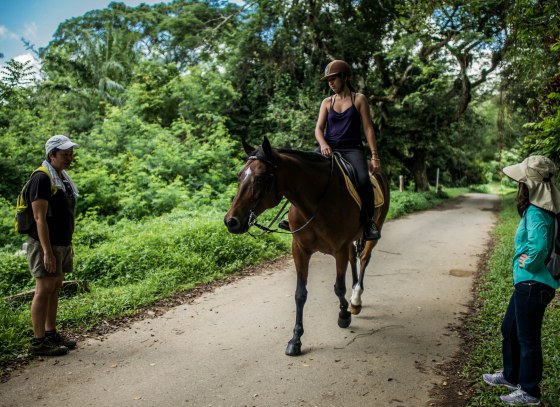 Bukit Brown Cemetery is a tranquil place, where dogs are walked and horses are ridden… 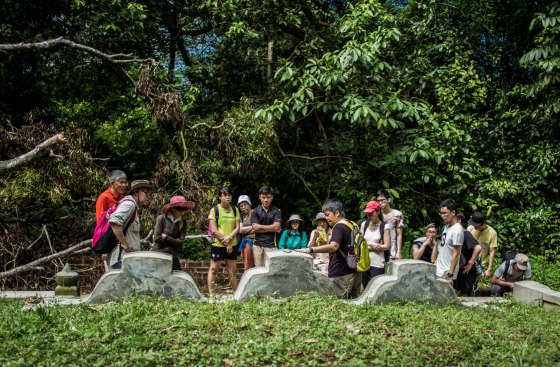 our last but one tomb visit was fascinating…as Milly told the tale of how her great grandparents tomb was found a few years ago…history brought to life! 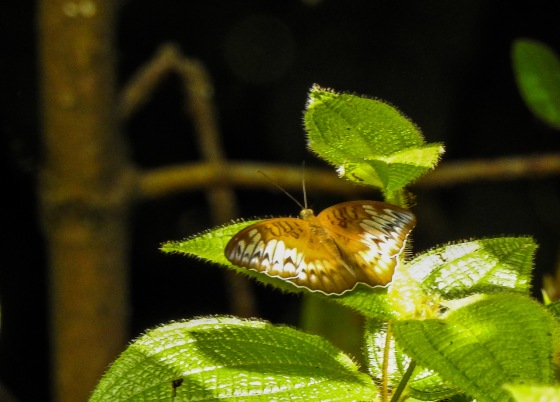 Even the butterflies paused to listen. 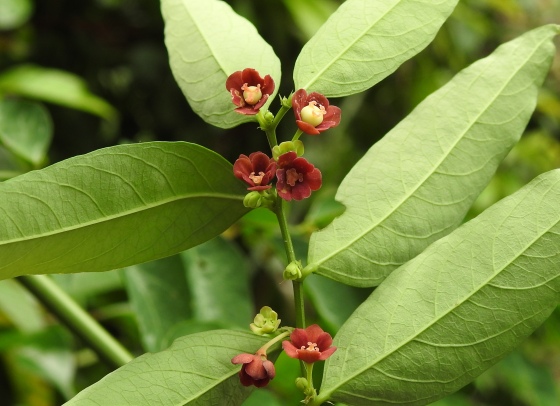 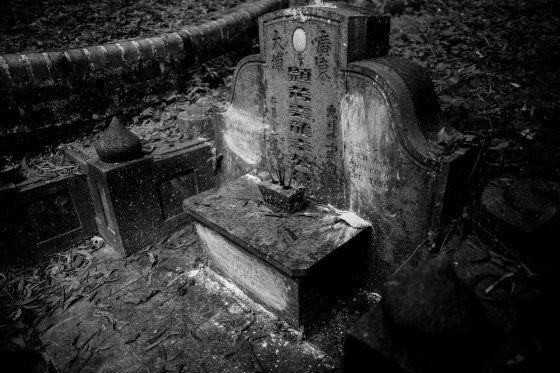 Our last historical grave was that of Lee Hoon Leong, grandfather of Lee Kuan Yew, founding Prime Minister of Singapore who passed away recently….it was a less than impressive tomb compared to some of the more ostentatious ones we had seen …this was because the burial had taken place during the second world war.

Although I had birded several times at Bukit Brown before, this tour was a real eye opener in joining up the dots, making associations with many of the pioneers of Singapore, many of whom have roads or buildings named after them…like Boon Lay, Boon Tat, Keong Saik, Sam Leong etc etc.  Grateful thanks to the All Things Bukit Brown group for their tireless efforts in preservation, conservation and education!  http://bukitbrown.com/main/