Travelling to Boston by SQ26, I was upgraded to that most rarefied of travel classes, the Singapore Airlines First Class Suites…totally unexpected as SQ has a policy of never (well almost never) upgrading even its priority passengers.  It was definitely spacious and comfortable but whether it’s worth the premium if one had to pay for it is another matter..

Ah Boston…that small city north of NY full or charm, chowder and education.   A most walkable city, we walked everywhere and were the better for that. The dawn glow started at 5am when the moon was still up there…

It was cold but sunny and we followed part of the Freedom Trail..or at least the parts we wanted to…starting off at Boston Common, it was interesting that there were cherry blossoms to rival those we had seen in Japan only 3 weeks ago… 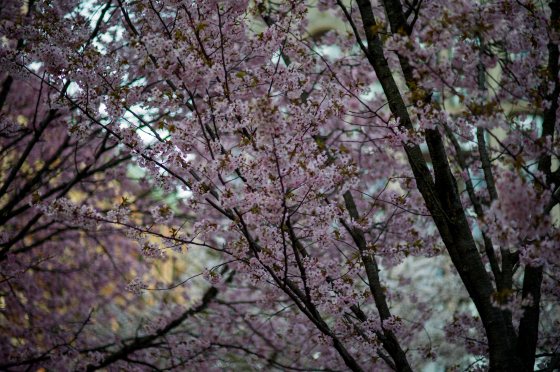 Boston Common in the sun yielded some very pretty pictures….

the golden dome of the State building 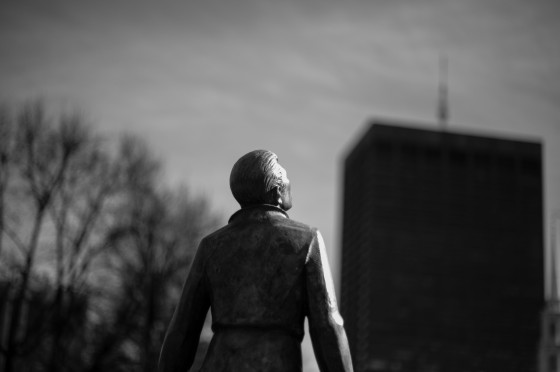 statue looking up at..

We walked on through the tourist areas of Faneuil Hall and Quincy market towards the river…. 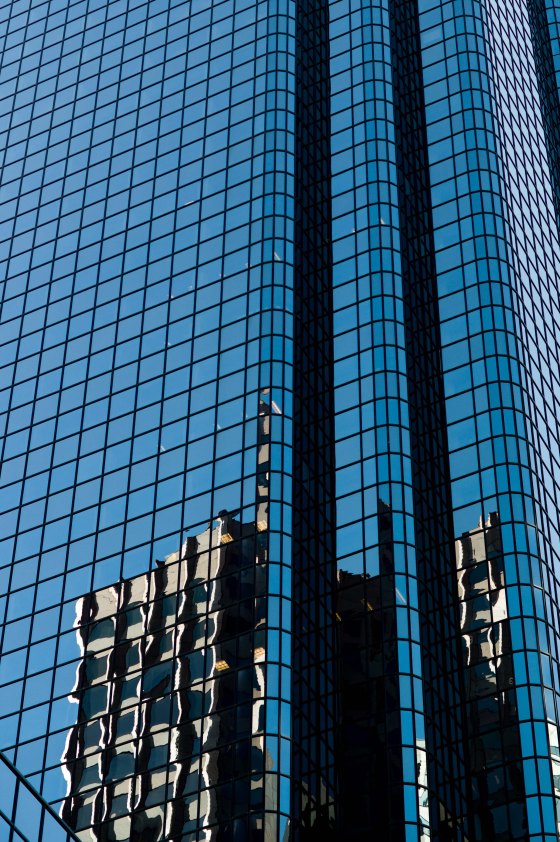 Obelisk at the bunker memorial

another view of the obelisk

The streets were also colourful with sakura and flowers amonst the pastel houses..

We had been recommended an oyster and lobster bar called Neptune Oyster in Salem Street and we arrived there just before it opened at 1130….the queue grew rapidly!  It was certainly the best hot buttered lobster roll and chowder we had in the 5 days we spent in Boston.. not pretentious in the least but v good indeed. They don’t take reservations so just go a bit early and get in on the first seating.

opening up for us

This was an interesting walk and a great way to spend a morning….just as well we did as the weather turned the next day with cold wintry showers…

I also had the chance to visit Harvard Business School in Cambridge, Massachussetts….

motivational posters on the grounds! 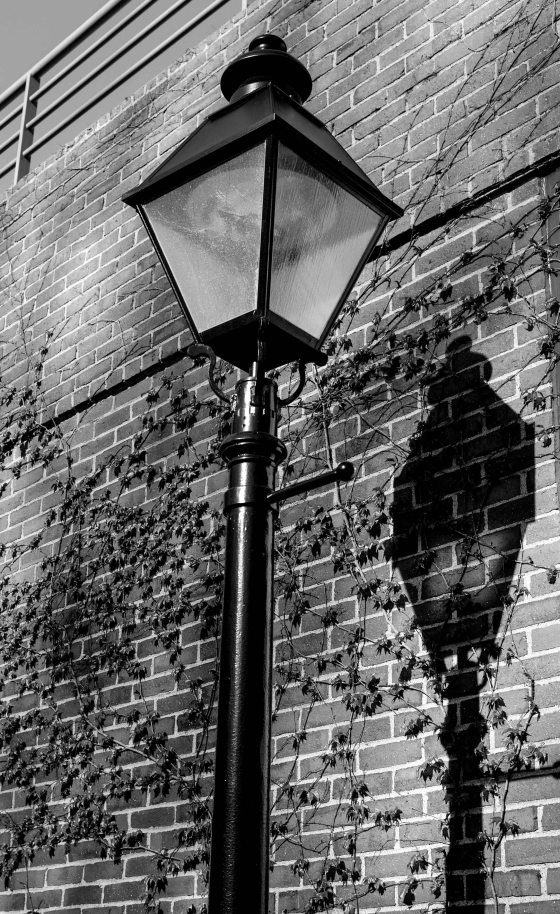 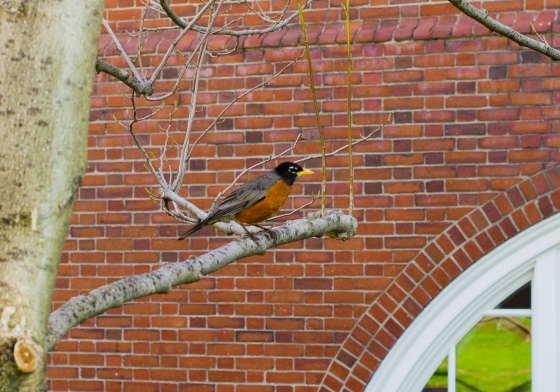 the corridors of HBS

Inside a Harvard MBA classroom

I was fortunate to be able to sit in on an MBA class lecture..so different from our medical lectures…the professor touches on the topic and asks for a response and 20 hands go up, keen to answer…and then he invites responses to the answer and another 20 eager hands shoot up ready to answer….have rarely seen such enthusiasm in any class!  What was hugely impressive was how articulate and intelligent all the students were…and there were students from 33 countries out of the 90 odd students…and all their national flags were displayed in the class.  I would venture to say that this morning spent in Harvard Business School was one of the highlights of my visit to Boston.

sunset over the Harvard Club in Boston

After 2 days of sunshine, we then had 3 days of freezing cold weather with incessant rain…..so be prepared for the cold if you visit Boston in Spring (aka winter!)