Zhangye Danxia Landforms…a place unlike any other

In Lanzhou for a meeting, we took a couple of days off and travelled to Zhangye, about 200km away by highspeed express train to visit the Zhangye Danxia landform,  a fairly recent discovery and addition to the top ten natural wonders in China and Unesco World Heritage sites. I normally don’t blog about tourist sites or scenic locations but this was so different that I’m making an exception.

Zhangye is a small city to the west of Lanzhou, along the old Silk Road. The Danxia landform is about 38km away from it by car or taxi.  We were advised to go in the late afternoon when it wasn’t so hot and to catch the sunset at 830pm and so we did…

After getting tickets, you go inside and board any of a continuously running shuttle bus service to go to the various stations….we started at Stop 1…you need to be reasonably fit as it’s a fairly long walk uphill to all the stops…. 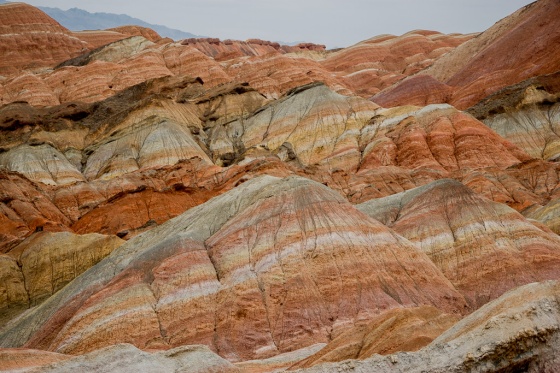 after arriving at the top of the winding road, there is an extensive viewing deck from which you start seeing at these striped rock formations…. 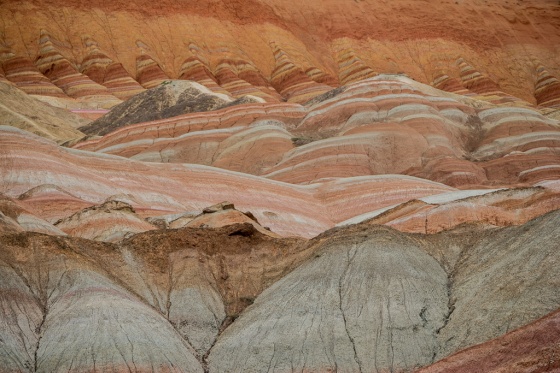 the many coloured stripes are reminiscent of a multilayered cake… 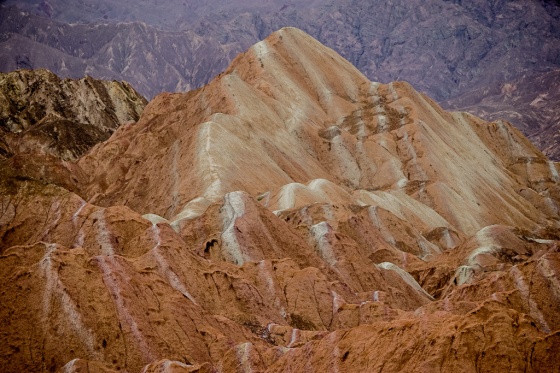 there were candy striped peaks…. 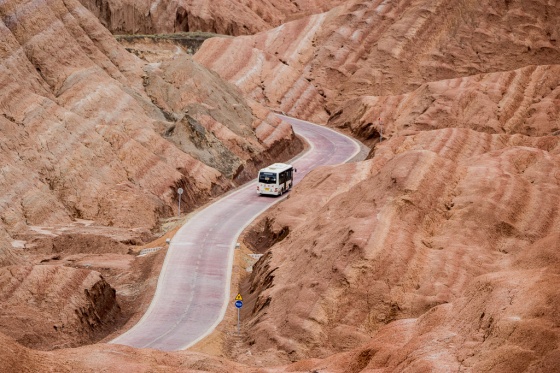 and whilst the predominant colour was a rich orangey reddish brown…..here one of the shuttle buses gives you an idea of the scale 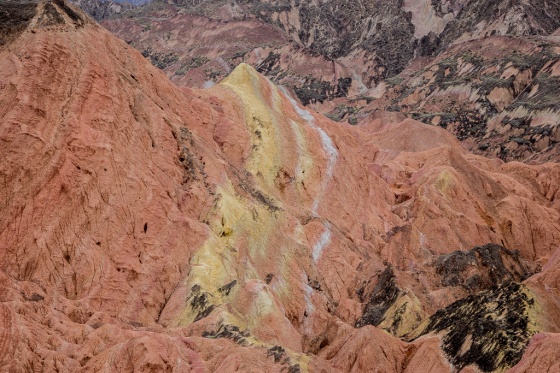 we could also see yellow stripes… 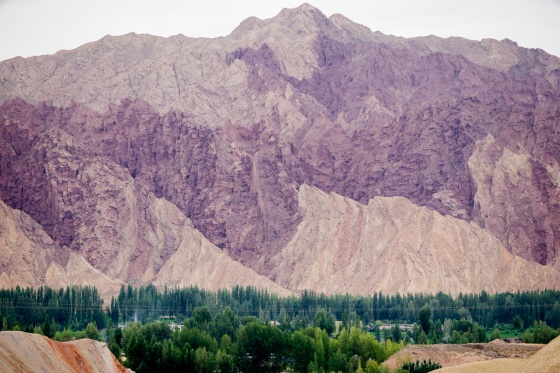 and different shades of purple beyond a green forested fringe 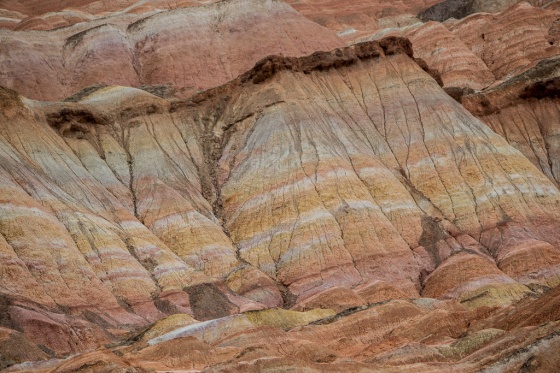 the colours were mesmerising

and up close we could see shades of blue as well..

After having spent an hour and a half or so climbing up to about half a dozen viewing decks, we boarded the shuttle to a new deck, stop 5… 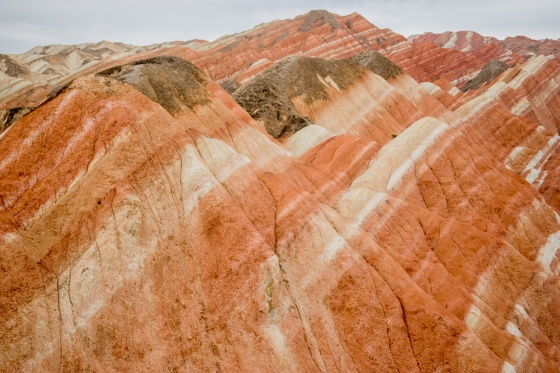 a wide diagonal swathe of striped red formations angled away… 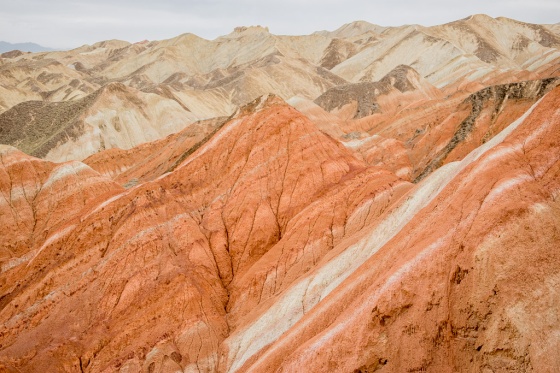 and what makes the red mountains stand out is the contrast against the normal grey brown mountains..

after half an hour at stop 5, we moved on to stop 4, reputed to be the best for viewing the setting sun’s effect on the mountains… 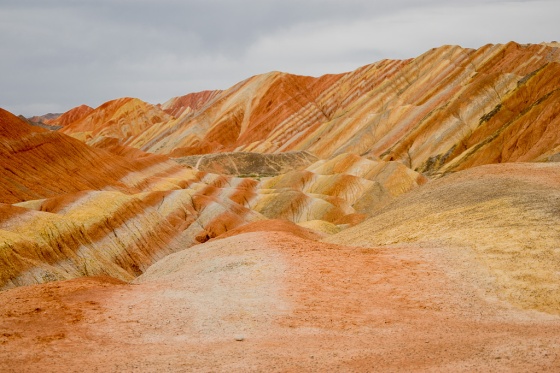 walking up the steep access path,, this view gave a hint of what was to come…an unreal pattern of colourful stripes stretchin almost as far as the eye could see…. 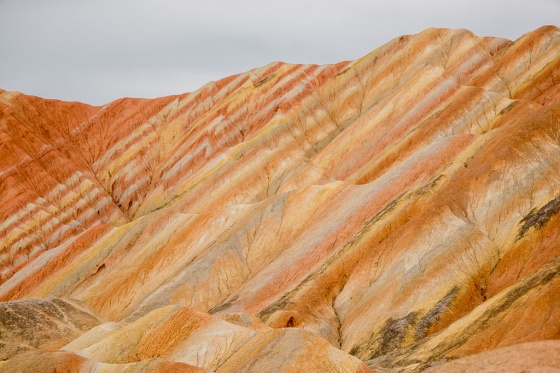 at first the accents were pale orange.. 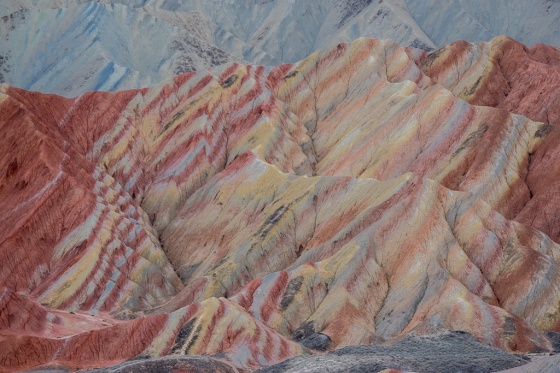 but as the sun played hide and seek with the clouds, the rock formations took on different hues… 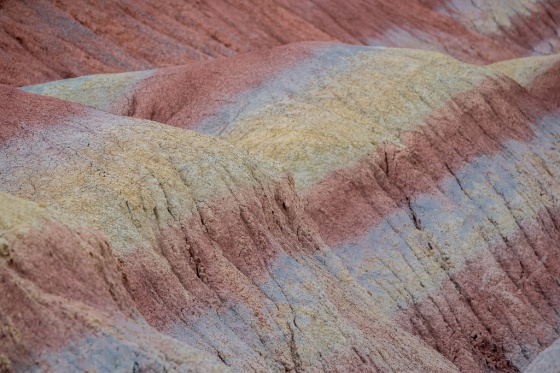 and in close up…. 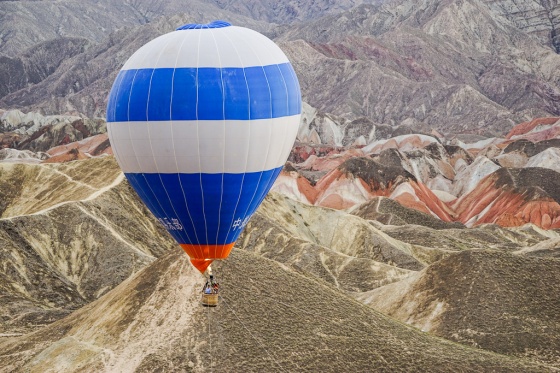 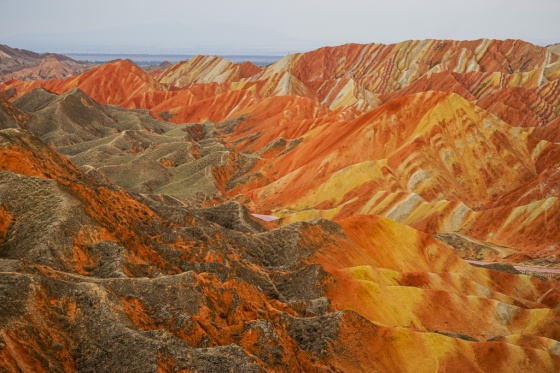 and then the sun dropped nearer the horizon and cast the mountains in its deep orange glow…. 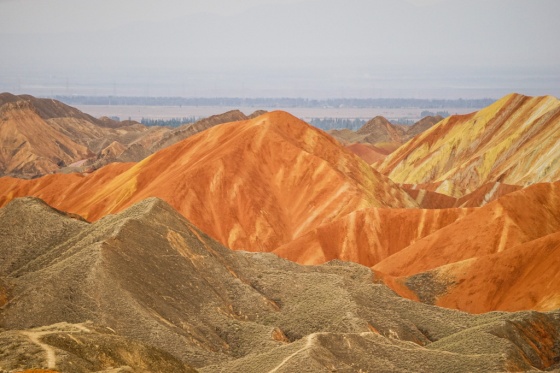 picking out various orange peaks among the ‘normal’ mountains.. 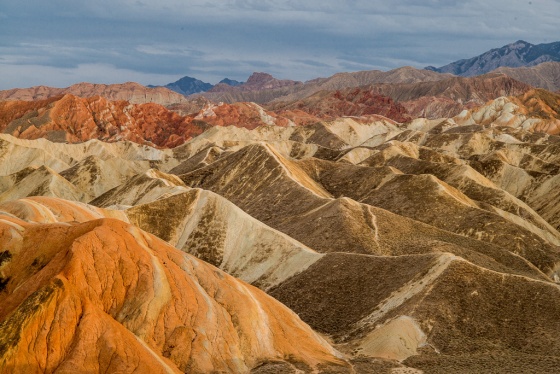 this shows the diverse colours seen…. 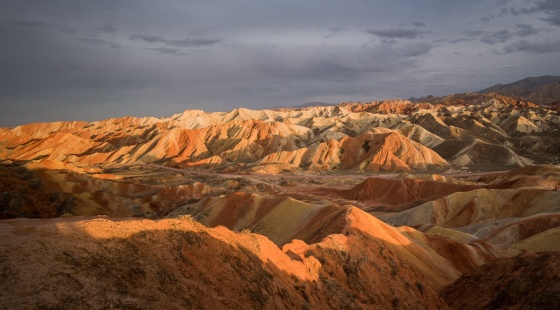 And as the sun started to disappear behind a distant mountain, the scene took on a totally different almost mystical feel… 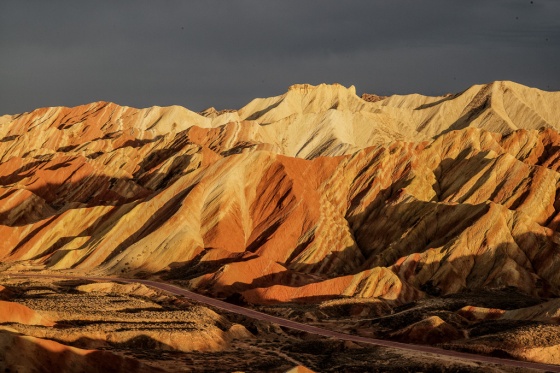 with the mountains casti into harsh reliefs 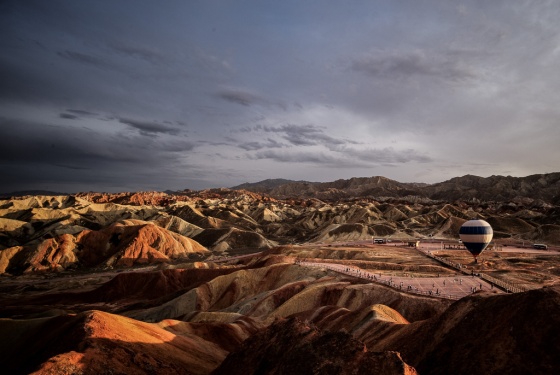 and adios to one of the most magical and intriguing places I’ve ever been to….

For sure, it’s a bit of an effort to get to, but this is such an unusual and spectacular place that I’m surprised it isn’t on the major tourist itineraries yet….don’t miss it..especially if you are anywhere Lanzhou or Gansu province in China.

Cannot recommend it any higher.