Staying in the Uday Samudra beach resort in Kovalam, Kerala, a 6am stroll on to the beach and adjacent waterway proved most interesting… 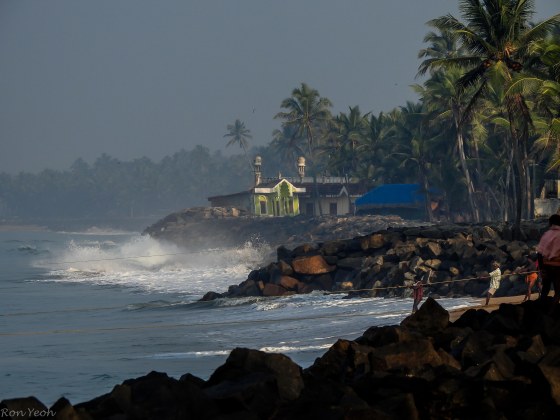 sunrise on the Kovalam beach..

walking inland a bit brings you to a coconut fringed waterway…just what kerala is known for..

a glimpse of the waterway 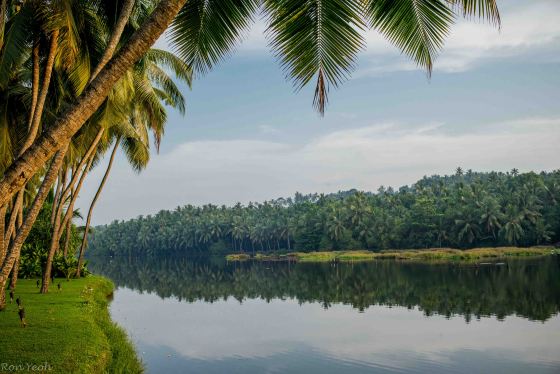 coconut palms as far as the eye can see

the cormorants were out in force 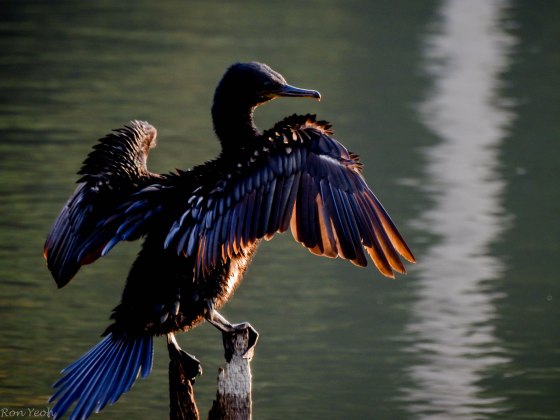 drying their wings in the morning sun 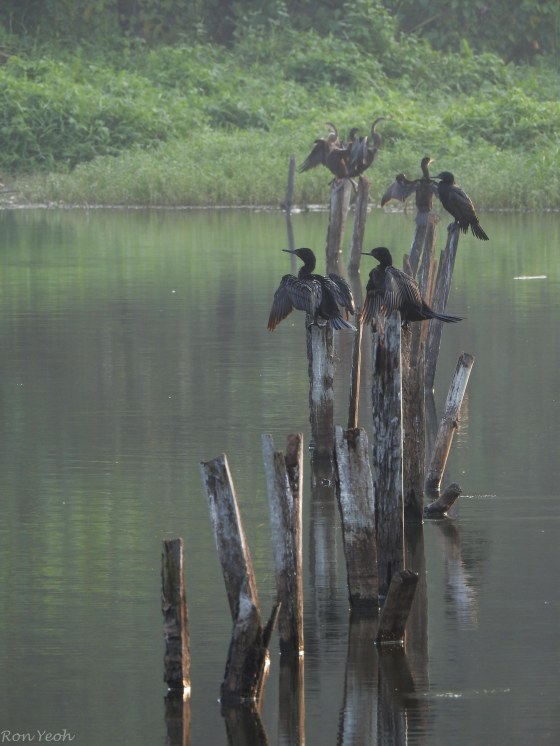 a greater and a little egret 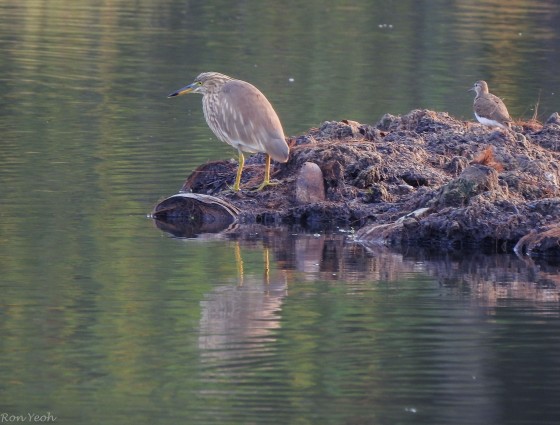 an indian pond heron and a common sandpiper

there were quiet corners..

and coconuts too of course 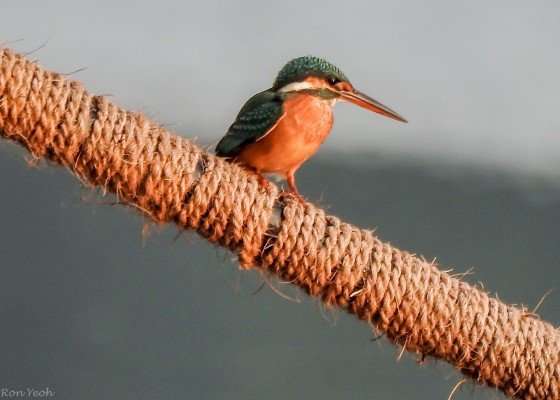 and then from out of nowhere this beauty appeared! 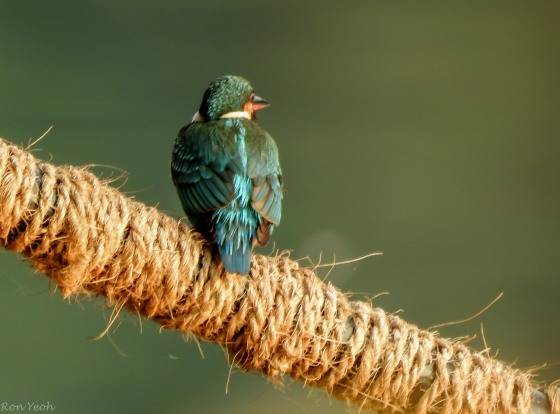 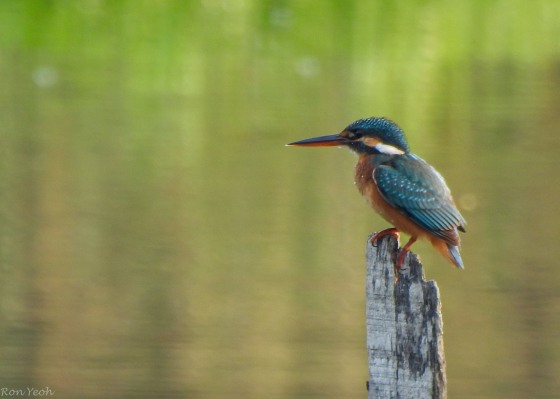 I had an hour free the next morning and returned to the lake and was rewarded….better shots of the common KF plus a few more! 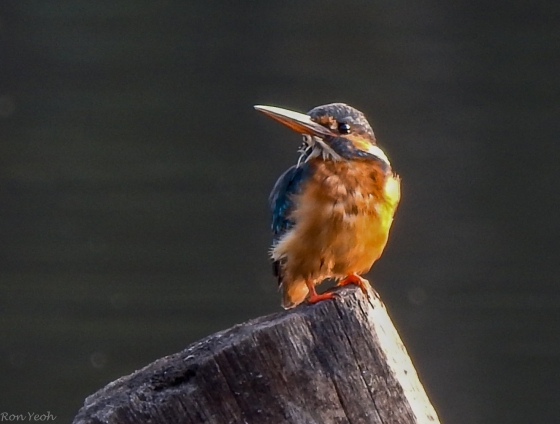 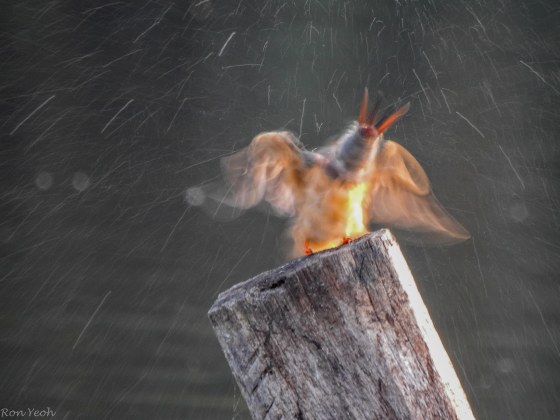 diving off to catch a fish in a spray of water

and a pond heron also showed off his breakfast

and paraded on a flower bedecked bannister 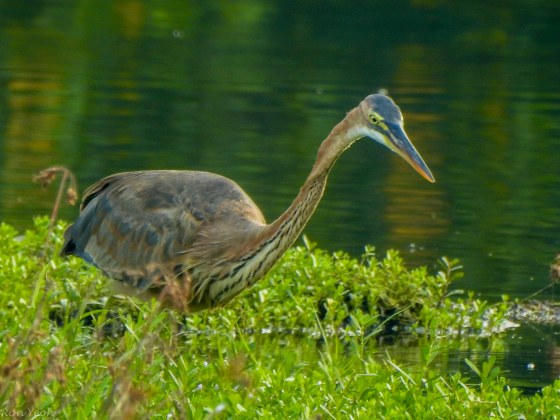 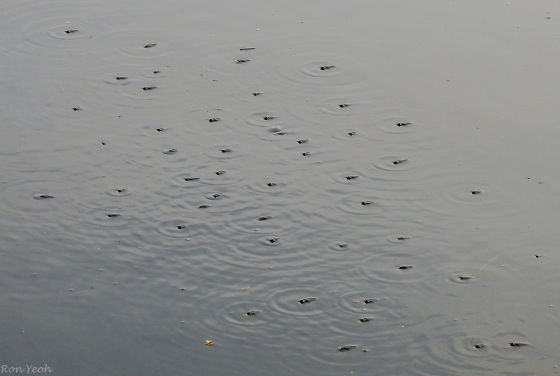 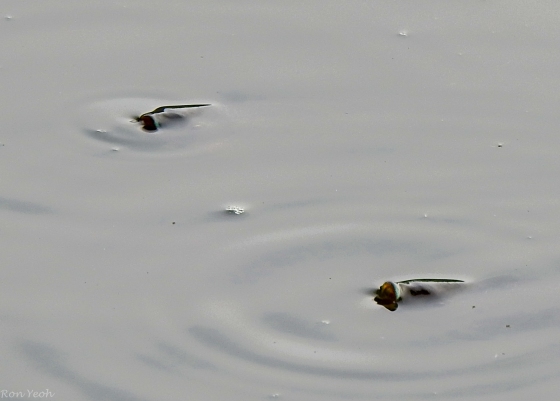 pond heron looking pleased with himself…

earlier in the morning I had seen this man enter the water and swim out to a boat….hadn’t thought much about it then..

when walking back to the hotel, I then saw this group of men hauling at something…I thought they were hauling a boat in or something..

the net being dragged in gradually

as the nets got hauled in nearer the shore, the men started jumping on to the beach to pull…

here, the leader of one of the groups 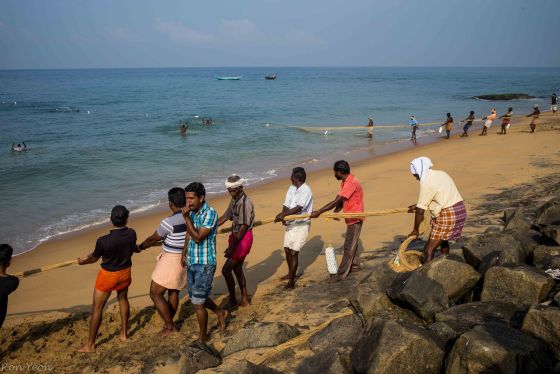 they worked like a well oiled piece of equipment…the men at the back would walk to the front whenever more net was taken in.. 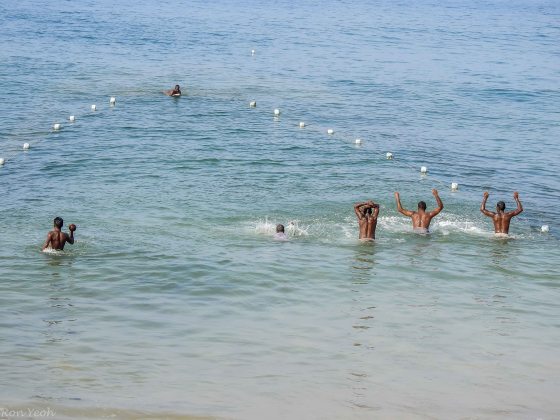 And then some men jumped into the water and started shouting and thumping the water with their hands to corral the fish into the middle of the rapidly closing net so they would not escape from the sides.. 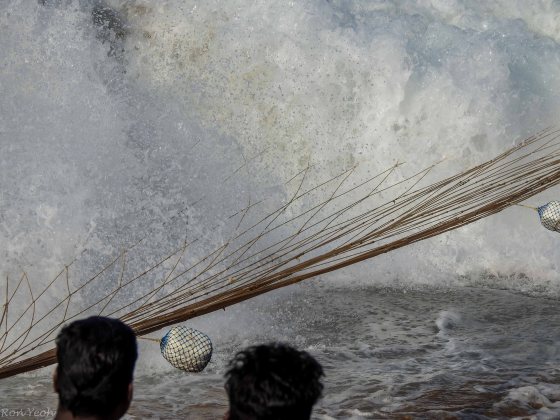 and the waves were quite big!

till finally, after more than an hour’s enormous effort, the net began to emerge from the sea… 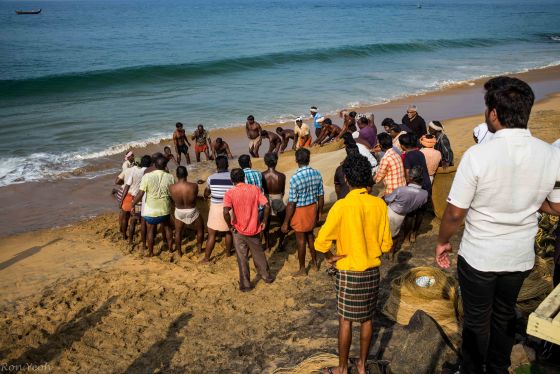 the net and ropes were disentangled so that whatever had been caught could be retrieved..

and when the net was finally opened……only sea coconuts were seen! I was just thinking after all that work….for a few coconuts!!

but then we looked closer and fish  could be seen in between the coconuts….no wonder it was difficult hauling the net up!

eventually there was a pile of smallish fish…couldn’t help but admire the hard work and labour that had gone into this well organised fishing expedition and felt a bit sorry for them that the fish were pretty small and unimpressive….

the crows  wanted a piece of the action

as did a Brahminy Kite.. 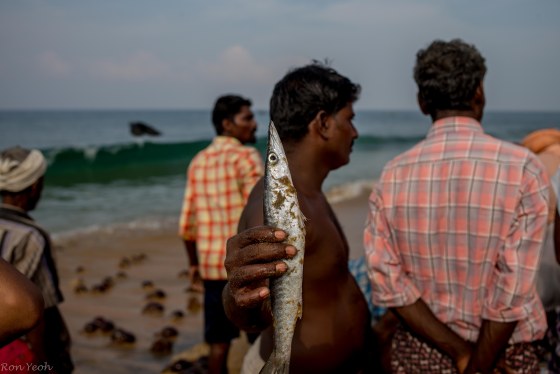 this man got one of the larger fish… 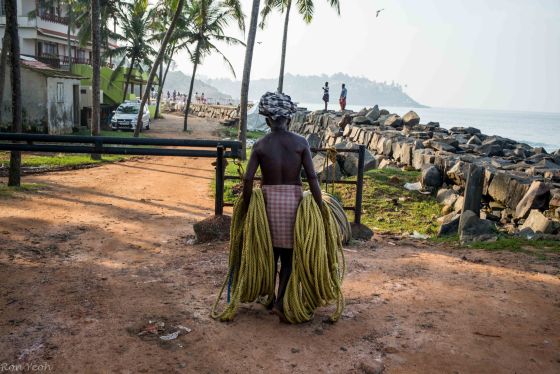 All in a great 3 hour walk in scenic  country, birds a plenty and then just watching a fishing activity I’d never seen  before….they don’t come much better than this!